The Chinese maker of smartwatches said it is negotiating with a U.S. watchmaker, Timex, to roll out a number of products together. 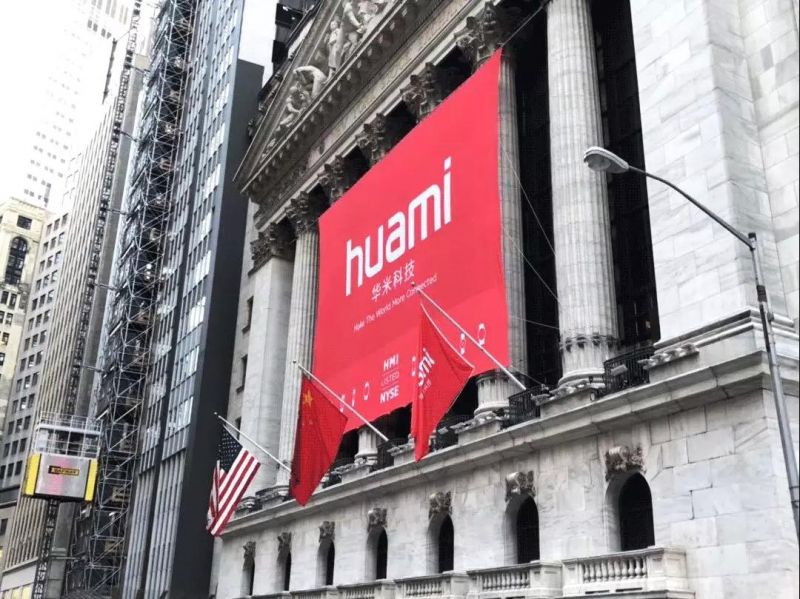 The smart wearable technology firm saw its revenue in the first quarter reach $119.1 million, a 37 percent increase from the same period of 2018. The company, a partner of smartphone giant Xiaomi Corp. (HKEX: 1810), attributed its growth to the segment of Xiaomi wearable products and self-branded Amazfit products.

Huami self-branded products showed a 62 percent increase in revenue compared with the first quarter of 2018, and contributed 41 percent of total revenues in the first quarter, according to the report. Overall, the company said it shipped 5.6 million units, up 17 percent from the same period last year.

"In the first quarter, with enhancements to and the expansion of, our overseas sales channels and strategies,  international version product shipments continued climbing," Wang Huang, the chief executive officer of Huami said in the statement today.

Net income in Huami rose 3 percent year-over-year to $14.2 million, or 22 cents per American depositary share, in the first quarter, according to the report.

Apart from its self-branded smartwatches, Huami is known for its exclusive cooperation with Xiaomi.

Xiaomi held a 19.3 percent stake in Huami according to a February 2018 filing. Today, Huang said, "Our well-established strategic partnerships remain strong and stable."

Huami said it has begun negotiations on collaborating with a world-class watchmaker, Timex Group USA Inc.

"So the benefit for Huami obviously is that we will roll out multiple models of Timex branded and potentially co-branded smartwatches," Mike Yeung, the chief operation officer of Huami, said. He added that Huami would potentially use multiple brands that's under Timex control, such as Guess.

The company also announced to launch of multiple models of Amazfit watches with the integration of Amazon Alexa, covering different market demands and price ranges.

"In the U.S., we already have reviews with famous off-line sales channels such as - via Best Buy," Huami's chief financial officer, David Cui, said in the conference call Monday.

Looking forward, the company said that it expects its net revenues to be between approximately $144 million to $146 million, or year-over-year increase of approximately 30 percent to 33 percent, in the second quarter of 2018.

YOU MAY LIKE
Prev：KBS Fashion Stock Plunges 11% on Disappointing Quarterly Results Next：Shares of CooTek Slide on Lower Income, Revenue