Shares in the Chinese education provider jumped 5 percent within the first hour of trading on the New York Stock Exchange. 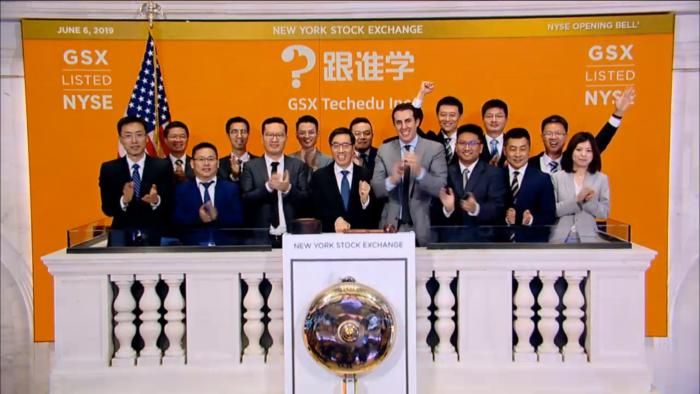 GSX Techedu Inc. (NYSE: GSX) debuted on Wall Street Thursday, raising $207.9 million in its initial public offering and was trading up 5 percent, at 11 per share, within the first hour.

The Beijing-based education provider sold 19.8 million American depositary shares at $10.5 apiece, the midpoint of its pricing range of between $9.50 to $11.50. 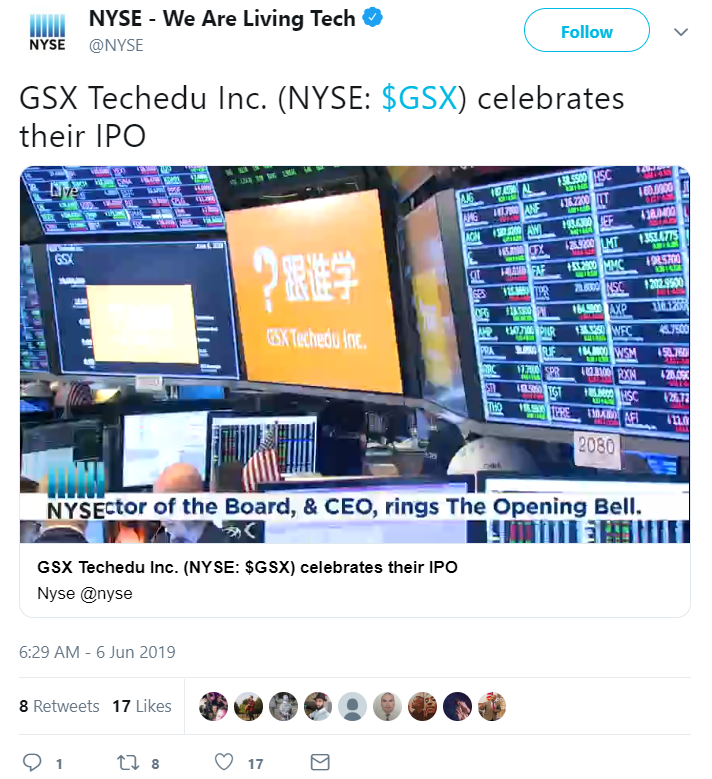 GSX, which provides K-12 large-class tutoring services, was founded five years ago and reached profitability last year. For the year through December, it reported $2.9 million in income in contrast to net loss of $13 million in 2017. Revenue tripled year-over-year to $59.2 million last year. Gross billings for the full year reached $97.6 million, up 438 percent, according to the prospectus.

GSX's business covers tutoring in K-12 courses, as well as foreign language, professional, and interest courses, with 767,000 student enrollments last year and a surge from 80,000 from 2017. In the first three months of this year, GSX said student enrollments tripled year-over-year to 211,000.

The company enjoyed high interest from investors in its pre-IPO period, when the deal was oversubscribed 2.5 times before going public, according to an external representative of GSX.