COMMENTARY: China's Warning on Travel to U.S. Is Latest Salvo in Trade War

Coordinated alerts from three ministries take aim at exchanges that form the lifeblood of country-to-country relations, including 360,000 Chinese students in U.S. 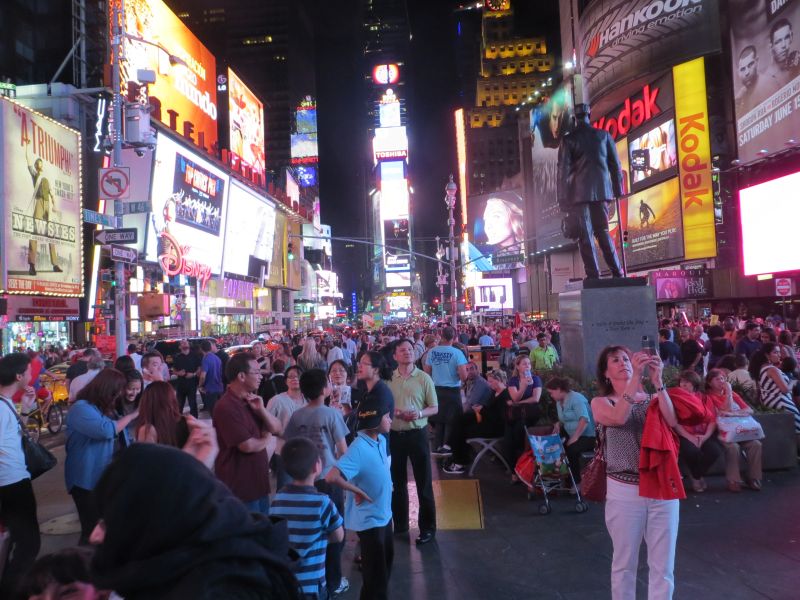 China retains some unusual tools in its arsenal to fight its trade war with the United States, and this week it unveiled a new one that carries disturbing implications for people-to-people exchanges.

The approach consisted of stark warnings from different government ministries to tourists and students traveling and studying in the United States.

The Ministry of Culture and Tourism issued a travel alert Tuesday warning Chinese that "shooting incidents, robberies and thefts have occurred frequently" in the U.S. It suggested tourists "fully assess the risk of travel to the U.S., keep abreast of information on public security, laws and regulations, and improve their awareness of safety and security."

The same day, the Foreign Ministry sounded a warning to travelers that "many kinds of harassment" might come from U.S. authorities – an apparent reference to tougher screening and visa requirements for foreign visitors.

Both alerts were short and succinct and said the warnings were effective until the end of this year – a move that buys time for any flickering hope of serious negotiations on the growing list of issues sparking tension between the world's two major economic powers.

The warnings came a day after a notice from the Ministry of Education citing an array of restrictions against Chinese students in the U.S., including longer review times and shortened validity periods for visas. It said the squeeze could curtail students' ability to complete their American studies. The U.S. government has given recent extra scrutiny to Chinese researchers here, as well.

An opinion piece in the Caixin news portal noted that because of its huge trade surplus with the U.S., China can't just go tit-for-tat on tariffs. Therefore, "these kinds of non-tariff measures are unsurprising," it said, adding that "warnings to citizens could end up hurting the U.S. tourism and education sectors."

China has played the tourism card in international disputes before, most recently in 2017 when it banned group tours to South Korea during a dispute over the stationing of American-made defensive missiles in the country. The move shut off a big flow of Chinese tourists to the island of Jeju, drying up the area's tourism and hurting the local economy.

With the number of Chinese tourists skyrocketing internationally, including to the U.S., the latest warnings raise the question of a possible similar shutoff of tourism or a move limiting Chinese students studying in the U.S.

This marked the first time China issued a general travel advisory for the U.S. since its fast-rising middle class gained the ability to travel abroad. More than 3 million Chinese citizens now visit the U.S. each year, and some 360,000 students from China study at American universities.

While the U.S. tourism economy is enormous and can absorb a drop-off from China, harm will come to some companies on both sides of the Pacific, as well as to universities across the country, which benefit from the high tuitions charged to foreigners. Chinese citizens, who spent $36.4 billion in the United States in 2018, are the biggest spenders while traveling abroad in the world.

In the U.S., they prefer to stay at well-known chain hotels such as Hilton (NYSE: HLT), Hyatt (NYSE: H), and Marriott (Nasdaq: MAR), which would lose substantial business with any big Chinese decline.

Also hit: the big theme parks belonging to Disney (NYSE: DIS) and Universal, which is privately owned by NBCUniversal, and restaurants in major tourist zones and around universities.

Luxury retailers also figure to be victims. Even though Chinese tourists aren't venturing to the U.S. just to shop as they did a couple of years ago (they now also want cultural and sightseeing experiences), they do like to open their purse strings.

Bloomberg Law noted last week that PVH Corp. (NYSE: PVH), whose brands include Tommy Hilfiger and Calvin Klein, saw its biggest single-day plunge in a decade after trimming its earnings outlook. It blamed the tariff battle for "causing anxiety for both American and Chinese shoppers."

While China's travel and student warnings no doubt will impose a financial hit on many businesses, the biggest consequence – especially in the short term – may be less tangible but more important. Already, the Trump administration is putting the screws to Chinese researchers getting advanced degrees in the U.S., and President Trump himself said last year that all Chinese students in America were spying for the government.

Those kinds of statements, beyond being utterly false, engender distrust and suspicion. Of course, many of the Trump administration's actions and rhetoric are inflicting damage on the Sino-U.S. relationship.

China is responding to $200 billion in U.S. tariffs in novel ways, such as dangling the threat of withholding rare-earth metals, over which it largely controls the global supply, and cozying up to Russia in a budding anti-U.S. alliance.

We can expect more moves that ratchet up tensions after the likely failure of talks between Trump and Chinese President Xi Jinping late this month at the G20 summit in Japan – if they take place at all.

YOU MAY LIKE
Prev：Ucommune Expands Its Global Reach With New Communities Next：COMMENTARY: Budget Cuts Threaten Years of Progress in China’s Pharmaceutical Sector