​It looks like the bullish rating from Wall Street can’t save Luckin Coffee Inc. from its unstoppable tumble. 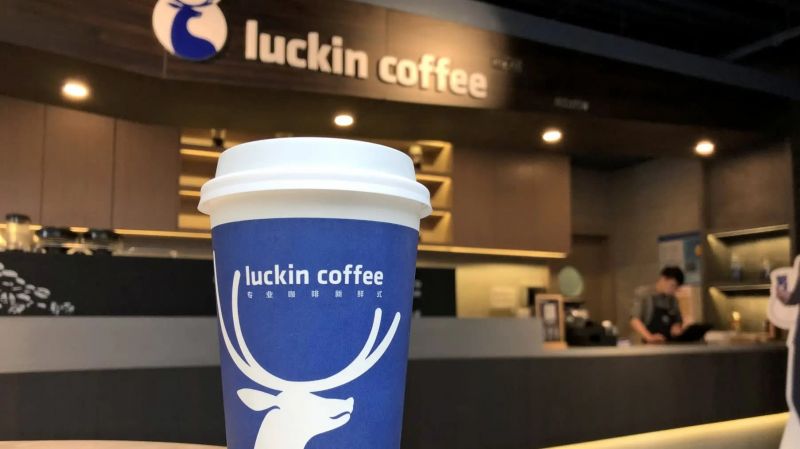 It looks like the bullish rating from Wall Street can't save Luckin Coffee Inc. from its seemingly unstoppable tumble.

The Xiamen-based Chinese coffee chain, which is often referred to as the "Starbucks of China", served up a hot debut and opened at $25 per share, surging 47 percent on its first day of trading on May 17, well above its IPO price of $17.

"By utilizing its new technology-driven retail model and providing high-quality coffee products, affordability, and convenience to customers, we believe Luckin is disrupting the coffee industry in China," Needham commented.

Since its inception in June 2017, Lucklin has expanded at breakneck speed. Over the past 18 months, it has grown from a single location in Beijing to 2,370 stores in 28 cities across China as of March 31, averaging around four new stores per day.

"Our mission is to be part of everyone's everyday life, starting with coffee," Lucklin wrote in its prospectus ahead of its May IPO.

Eric Gonzalez from KeyBanc Capital Markets Inc. agrees that $22 per share is a reasonable price target for the company. He took a bullish stance with Luckin Coffee's unique position in China's hyper-growth market, its limited competition, low development costs, better tech and data analytics than its rivals, as well as a lower per-unit cost structure.

Since inception in June, 2017, Lucklin has been in the red, with net loss to shareholders at $475.4 million and total revenue of $125.27 million last year. For the first three months of this year, the coffee company posted a net loss of $85.3 million, according to Reuters.

In its May prospectus, Lucklin warned it may continue to incur losses in the foreseeable future.

However, KeyBanc said it expects the coffee company to turn profitable by early 2021.

YOU MAY LIKE
Prev：Internet Co The9 Signs MOU with Chinese Government, Sending its Shares Higher Next：Jiayin Shares Surge 6% on Two-digit Net Profits from Last Quarter