Huya went public in the U.S. in May 2018 and has since produced enviable growth in revenue and gross profit, despite a challenging overall economic environment in China. 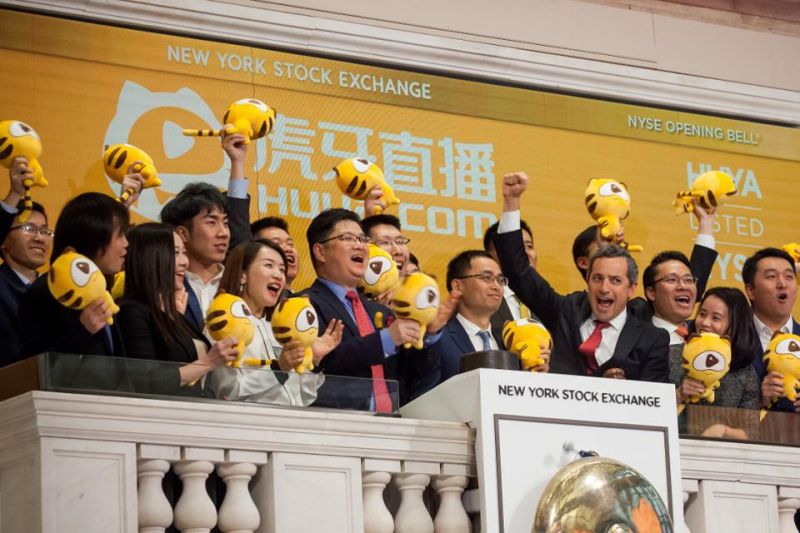 Huya's stock would likely rebound if U.S China trade issues were conclusively resolved, although I am skeptical of that occurring in the near term.

Management is headed by CEO Rongjie Dong, who has been with the firm since 2016 and was previously EVP of parent firm YY.

The firm has a major livestreaming and games partnership with Chinese Internet giant Tencent Holdings Ltd. (HKEX: 1800). Tencent also invested approximately $462 million in Huya's Series B round in March 2018.

e-Sports content is currently the most-watched aspect of the platform, with over 90 e-sports event organizers broadcasting more than 360 tournament matches or events. The site had more than 3.6 million streaming hours of other entertainment content in Q4 2017.

Huya creates relationships with potential users/broadcasters primarily through word of mouth and through connections with major talent agencies in China. It claims to have ‘the largest talent agency network in China,' according to a Frost & Sullivan report.

The site not only encourages viewers to interact with broadcasters but also with other viewers, creating what management views is a virtuous cycle of increased engagement between producers of content and viewers.

The firm makes money through two aspects: advertising and the sales of ‘virtual items.' Management says it intends to diversify its monetization channels and is looking into ‘paid on-demand streaming' as another potential source of revenue.

The market for providing online entertainment to younger demographics in China is varied and extremely competitive.

According to a market research report by PwC on the China Media Outlook, it forecasted an average CAGR of 8.1 percent for the categories of Total TV and Video Revenue and Video Games for the period 2015-2020.

While there is some wiggle room for category definition, the overall growth in demand for online media in China is impressive.

The global entertainment media growth rate is forecasted to be a CAGR of 4.4 percent vs. China's overall CAGR of 8.8 percent or double the global rate.

This portends good things for companies like Huya as long as they can stay relevant to young audiences and their fickle tastes. 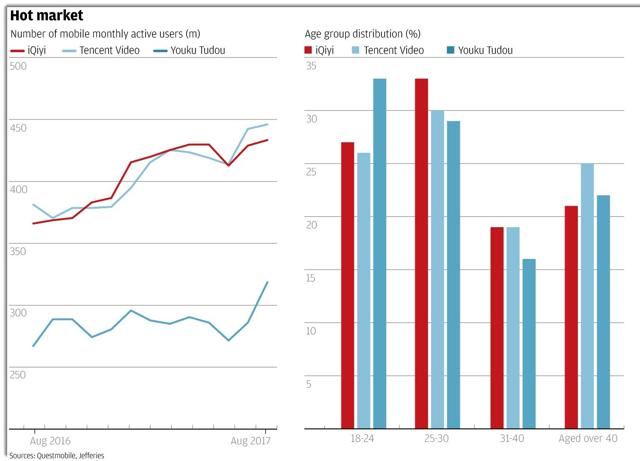 Huya's topline revenue by quarter has grown consistently since its IPO in May 2018: 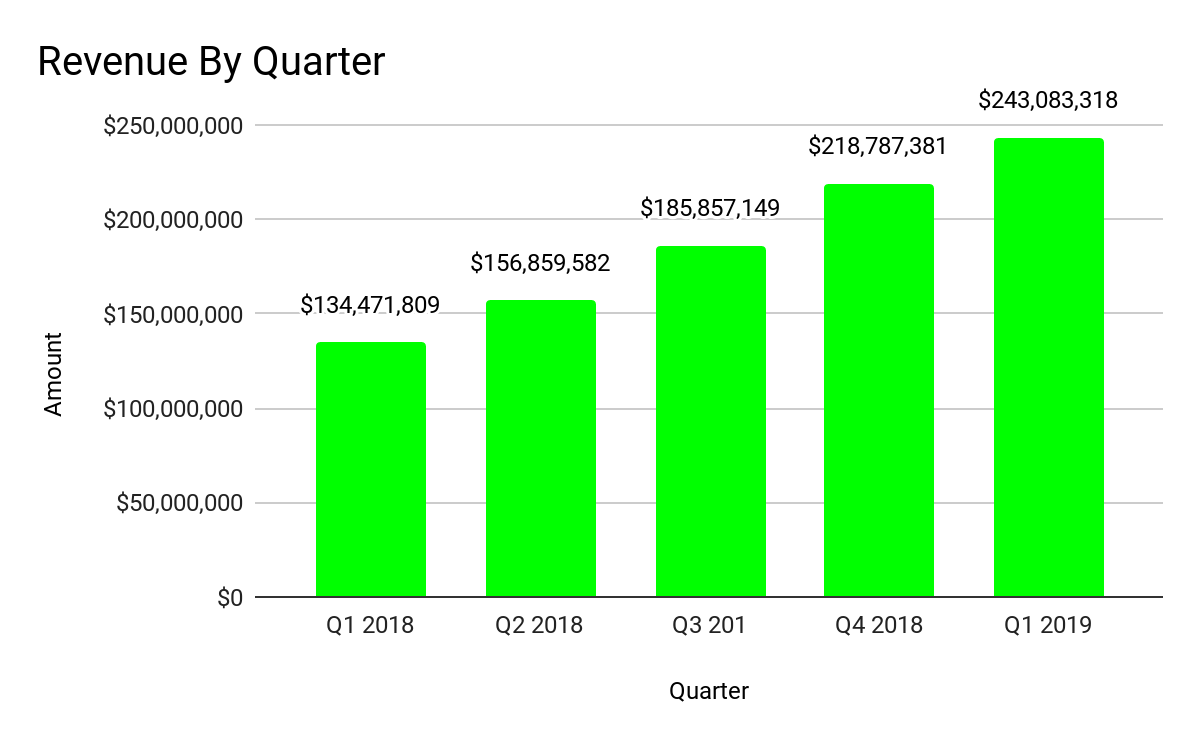 Huya's gross profit results have also been impressive, growing steadily over the past five quarters: 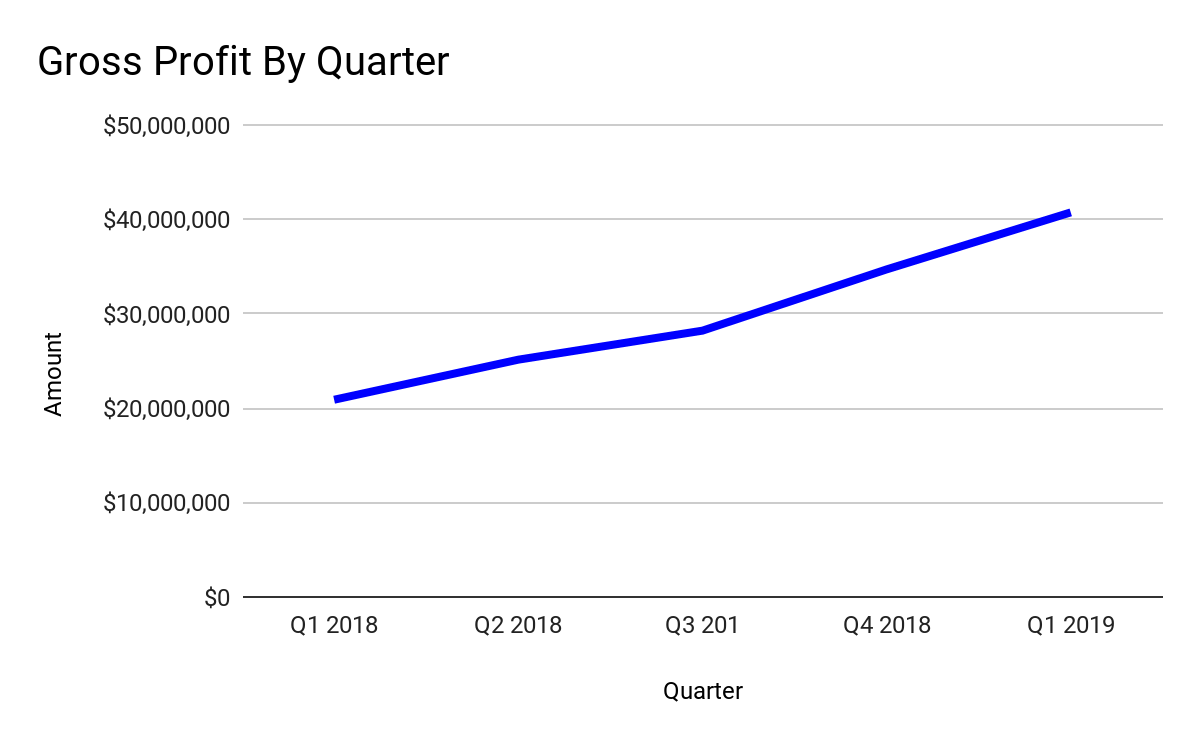 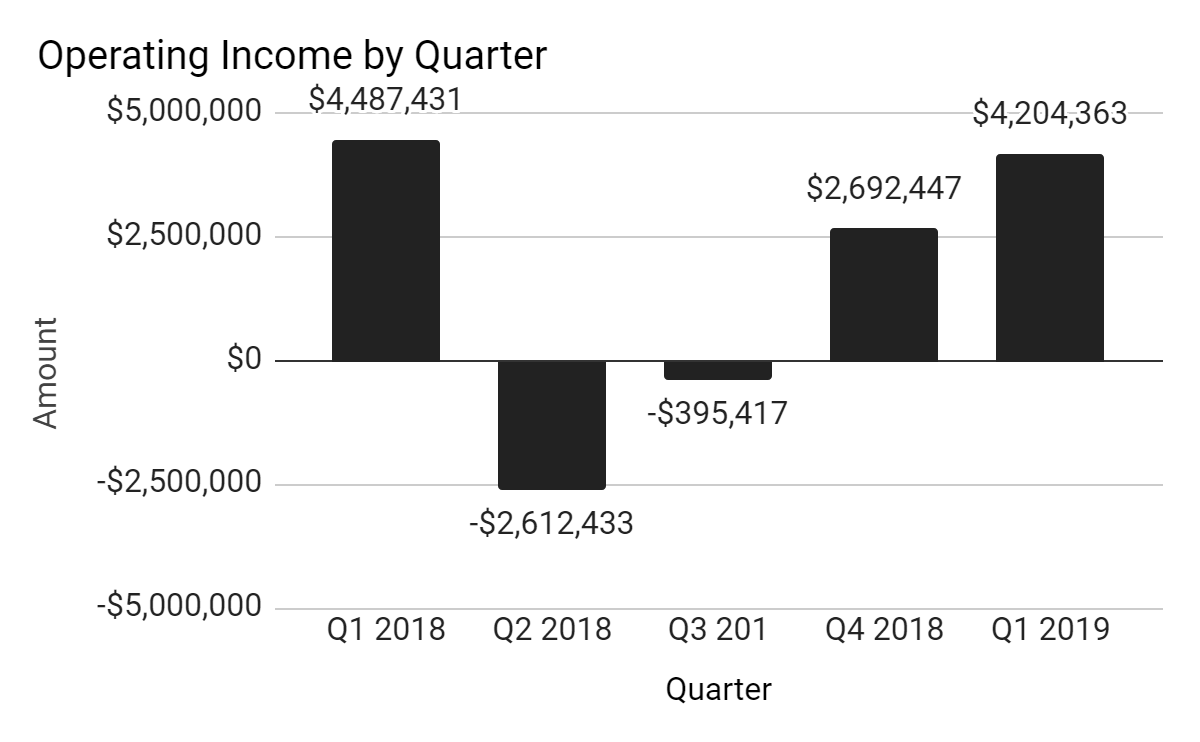 Earnings per share has grown markedly since Q2 2018's negative result and has been relatively stable in the most recent three quarters: 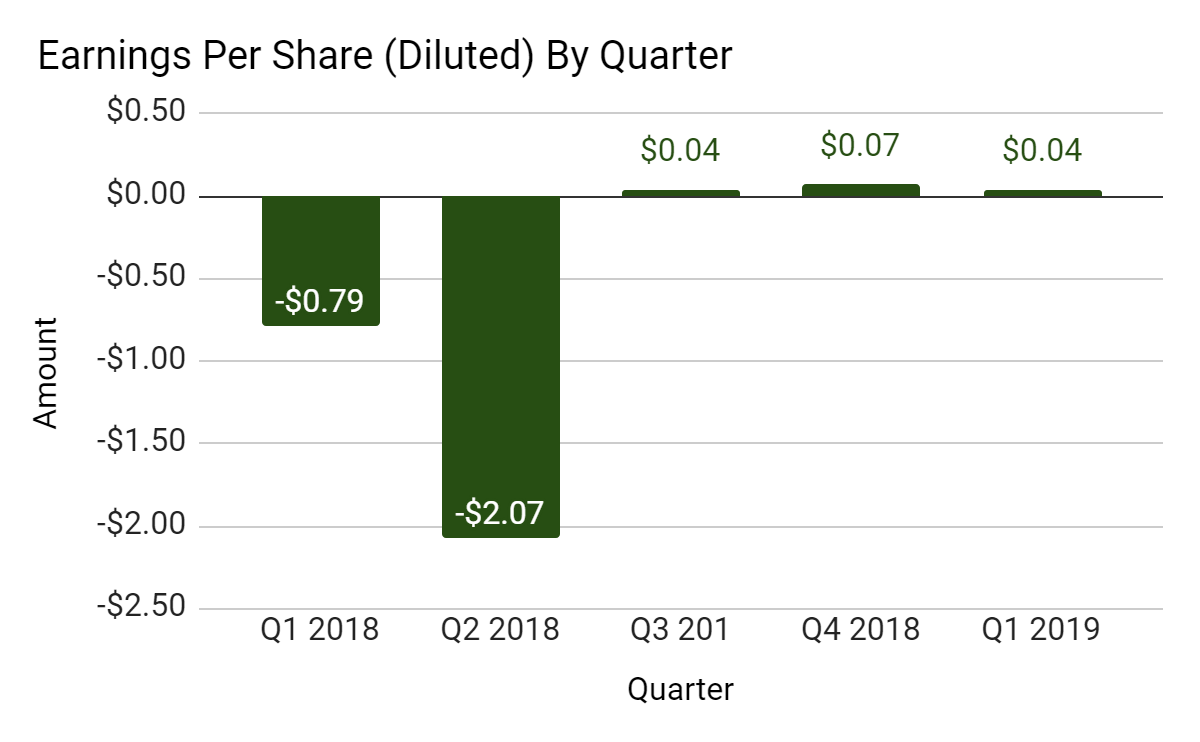 Analyst sentiment has fluctuated since the firm's IPO in mid-2018, as the linguistic analysis shows below: 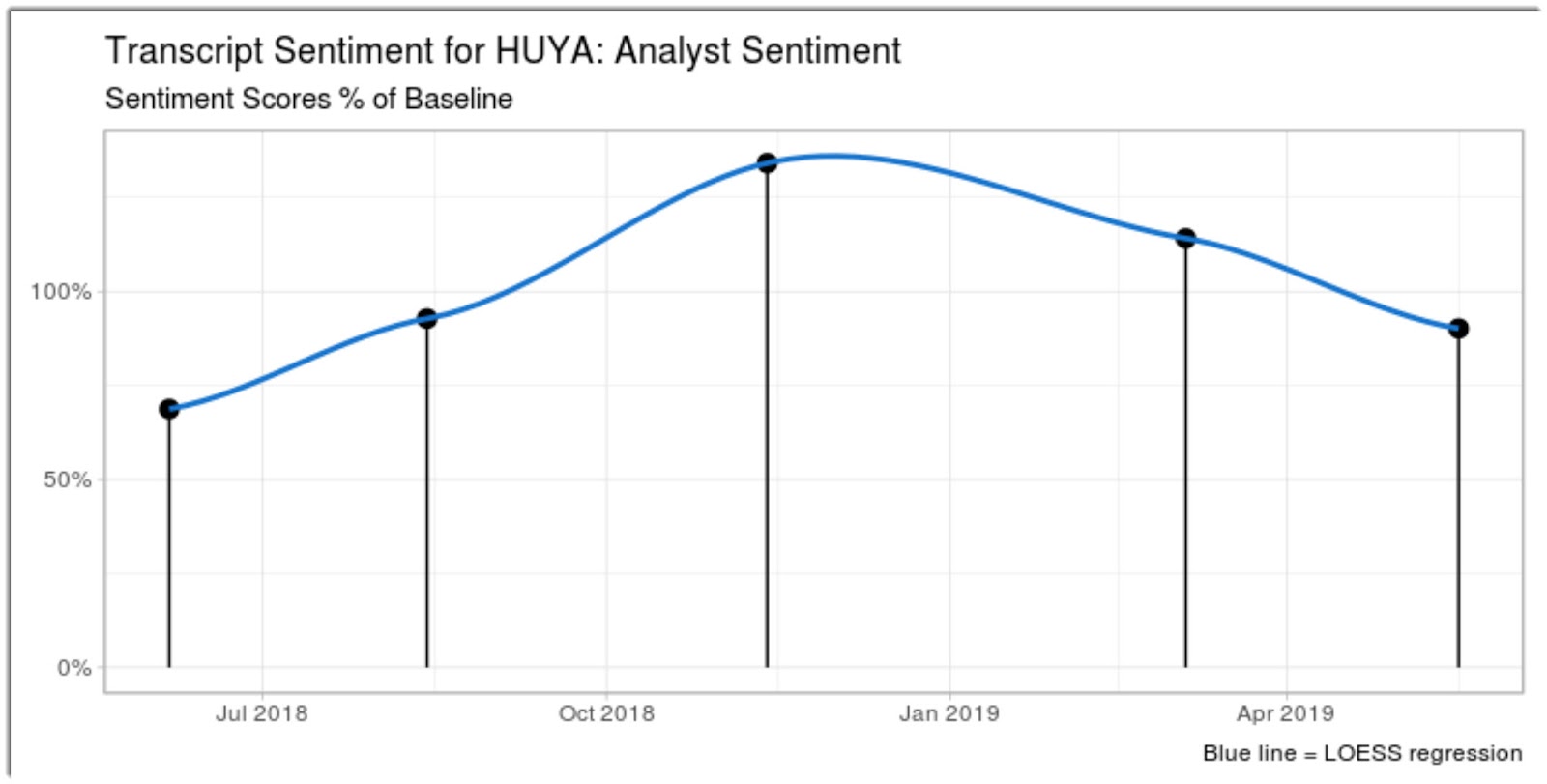 Despite a difficult Chinese economic environment in 2018 and early 2019, Huya has produced impressive financial results, with topline revenue and gross profit consistently growing.

While operating income and earnings per share have fluctuated, these metrics have rebounded sharply indicating management is effectively managing the business to the current environment.

However, competition is fierce in the online streaming market, leading me to wonder how much in the way of profits streaming firms can generate in the near-term.

Another company, Douyu, is a strong competitor, especially in the e-sports vertical, and the firm may go public in the U.S. later in 2019 as market conditions permit.

It is uncertain how the U.S. China trade tensions are affecting online media properties such as Huya, so it is difficult to determine whether a resolution to those issues, if it occurs, will affect the firm's operations.

Interested investors who are risk-on and who believe a significant resolution of outstanding trade issues is near should consider the stock attractively priced at its currently highly discounted level.

However, I am skeptical of such a conclusive resolution of major trade issues in the near-term, so am still cautious on Huya's stock performance for the rest of 2019.

YOU MAY LIKE
Prev：ANALYSIS: Bilibili Focuses on Memberships as It Seeks Revenue Diversification Next：ANALYSIS: CLPS Guides Revenue Upward but Net Results Disappoint