Talks to reach a broad deal broke down last month after U.S. officials accused China of backing away from previously agreed commitments. 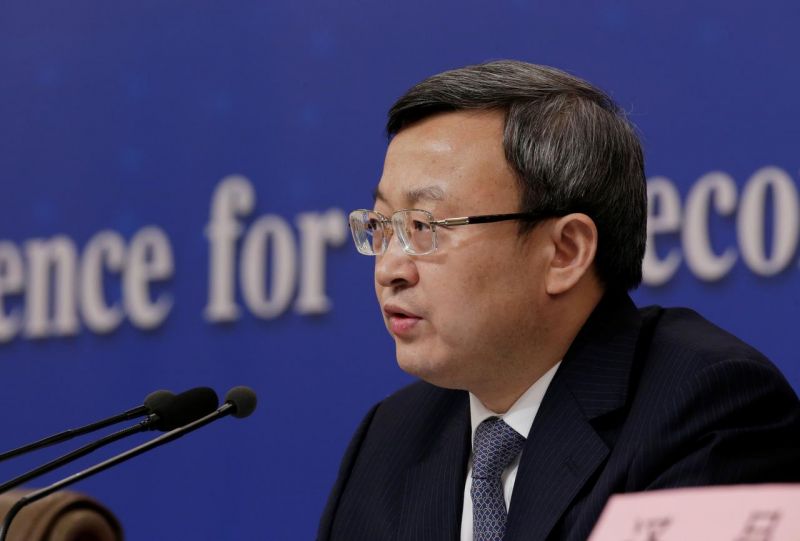 BEIJING (Reuters) - Both China and the United States should make compromises in trade talks, Chinese Vice Commerce Minister Wang Shouwen said on Monday, ahead of a much-anticipated meeting between the Chinese and U.S. presidents at this week's G20 summit in Japan.

China and the United States last week said they were reviving talks ahead of the meeting between presidents Donald Trump and Xi Jinping. Hopes that it will lead to a de-escalation of a trade war that is damaging the global economy has cheered financial markets.

Talks to reach a broad deal broke down last month after U.S. officials accused China of backing away from previously agreed commitments.

Speaking at a news briefing on the G20 summit, Wang, who is also part of the trade negotiating team with the United States, said talks between the two countries' trade teams were underway, though he gave no details.

China's principles are clear, he said - mutual respect, equality and mutual benefit and meeting each other halfway.

"Mutual respect means each side must respect the other's sovereignty," Wang said.

"Equality and mutual benefit means the consultations have to happen on an equal basis, the agreement to be reached has to be beneficial for both sides," he said.

"Meeting each other halfway means both sides have to compromise and make concessions, not just one side."

Wang declined to answer a question about what specific compromises Xi may offer to win a trade deal with Trump.

Both the Chinese and U.S. teams are making preparations for the Xi-Trump meeting, Assistant Foreign Minister Zhang Jun told the same briefing, again without offering details.

The two countries are in the middle of a costly trade dispute and have slapped increasingly severe tariffs on each other's imports. China has vowed to not give in on issues of principle nor under U.S. pressure.

Trump has threatened to put tariffs on another $325 billion of goods, covering nearly all the remaining Chinese imports into the United States, including consumer products such as cellphones, computers, and clothing.

Wang said rising protectionism has dampened global trade and posed a threat to the global economy, while Chen Yulu, a vice governor of China's central bank, warned that global economic and financial risks are rising significantly.

"At the same time, policy room of many countries after the crisis has been reduced and room for coping with a sharp economic slowdown is limited."

Wang said that Xi, when speaking by telephone to Trump last week, had said he hopes the United States can fairly treat Chinese companies.

"We hope that the U.S. can remove certain unilateral measures inappropriately taken against Chinese companies, in the spirit of free trade and the World Trade Organisation."

The Trump administration has accused China of failing to protect intellectual property rights, forced technology transfers and of failing to provide a level playing field for U.S. companies.

China has repeatedly promised to open its market wider to foreign investors and provide them with better services and treatment. China has also denied accusations of failing to protect intellectual property rights or of forcing foreign companies to transfer technology.

YOU MAY LIKE
Prev：China, U.S. to Resume Trade Talks but China Says Demands Must Be Met Next：China, U.S. Trade Officials Talk Ahead of Trump-Xi Meeting