Despite disappointing financial results, shares in LightInTheBox were trading up 1 percent intraday Monday on news the company acquired a Singapore retailer. 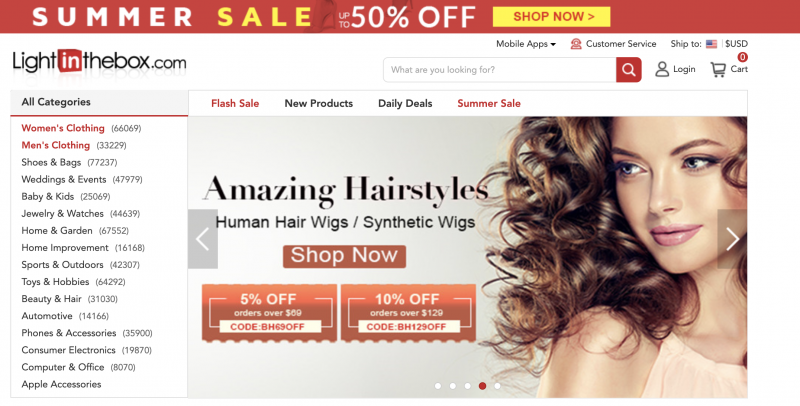 The cross-border e-commerce platform said in a statement today that its loss in the first quarter was $14.1 million, or 21 cents per share, up 78 percent from $7.9 million one year ago. It attributed the loss of $5.3 million to the convertible promissory notes associated with the acquisition of a Singapore-based online retailer, Ezbuy Holding Co. Ltd.

"The integration of operations between Ezbuy and LightInTheBox is creating new synergies that are optimizing operational efficiency and increasing our repeat purchase rate," Jian He, the chief executive officer of LightInTheBox, said in the statement.

Revenue declined to $50.9 million from $70.1 million a year ago, down 27 percent, according to the report. Revenues from product sales dropped 25 percent to $49.8 million from $66 million, the company said.

LightInTheBox saw growth in the number of orders but a drop in customers during the period. The company said total orders were 2.6 million compared with last year's 1.3 million, while the number of buyers slid to 600,000 from 1 million.

"The initiatives we implemented last quarter to stabilize and turn our business around continue to generate solid results and have strengthened our confidence going forward," He added.

LightInTheBox had cash, cash equivalents and restricted cash of $30.3 million as of March 31.

Looking ahead, the company said it expects revenues of between $57 million and $60 million in the second quarter, representing an increase of between 12 and 18 percent from the first quarter.