Trump is expected to meet with Xi at the G20 summit in Japan this weekend. It will be the first time the two leaders have had a face-to-face meeting since trade talks between their countries collapsed in May. 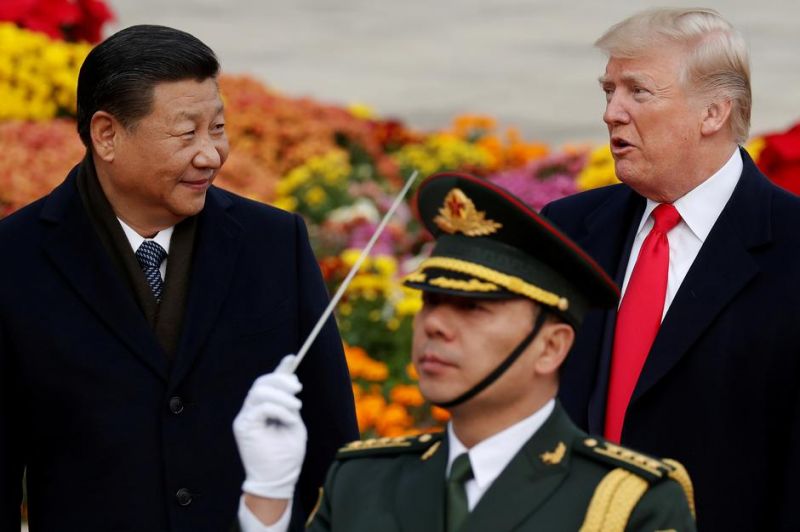 WASHINGTON (Reuters) - U.S. President Donald Trump said on Wednesday it was "absolutely possible" he would emerge from a meeting with Chinese leader Xi Jinping with a deal that would keep him from imposing tariffs he had threatened to put on China.

Trump is expected to meet with Xi at the G20 summit in Japan this weekend. It will be the first time the two leaders have had a face-to-face meeting since trade talks between their countries collapsed in May.

"It's absolutely possible ... We have to get a good deal," Trump said in an interview with Fox Business Network. "It's possible that we'll make a deal but I'm also very happy where we are now."

Appearing to seem optimistic about the prospect for a truce between the world's two largest economies, Trump said the Chinese leaders want "to make a deal. They want to make a deal more than I do."

Separately, U.S. Treasury Secretary Steven Mnuchin said to CNBC on Wednesday, "We were about 90 percent of the way there (with a deal) and I think there's a path to complete this."

China and the United States have been embroiled in trade tensions marked by tit-for-tat tariffs. Washington has blamed the end of talks on Beijing, saying China reneged on concessions it had already made.

Trump said China knows what the United States needs to have for a trade deal to go through and pushed for China to return to the negotiating table with the same concessions they had made before talks ended in May.

Trump has previously threatened to impose tariffs on an additional $300 billion worth of Chinese imports, but on Wednesday, he said he could consider placing a 10 percent duty on Chinese goods rather than 25 percent, as he had initially stated.

Trump said if Washington was unable to reach a trade deal with Beijing, his plan was to reduce business with China. Asked about companies relocating production from China to Vietnam, he said Vietnam treated the United States even worse than China.

Trump has threatened to impose tariffs on another $325 billion of goods, covering nearly all the remaining Chinese imports into the United States - including consumer products such as cellphones, computers, and clothing - if the meeting with Xi produces no progress in resolving a host of U.S. complaints around the way China does business.

The two sides could agree not to impose new tariffs as a goodwill gesture to get negotiations going, a U.S. official said on Tuesday.

YOU MAY LIKE
Prev：U.S. Aims to Restart China Trade Talks, Will Not Accept Conditions on Tariff Use Next：Trump Talk of Easing Huawei Ban Lifts Suppliers' Shares Despite Doubts