The Shanghai-based company reported losses and revenue decline for the first quarter.

The Shanghai-based company, which operates solar panel farms in China and globally, said in a statement today it had revenue of $13.1 million for the three months through March compared with $44.8 million in the same period of 2018.

Net loss was $5.6 million, or 1 cent per share, in contrast to net income of $5.4 million in the first quarter of the previous year. 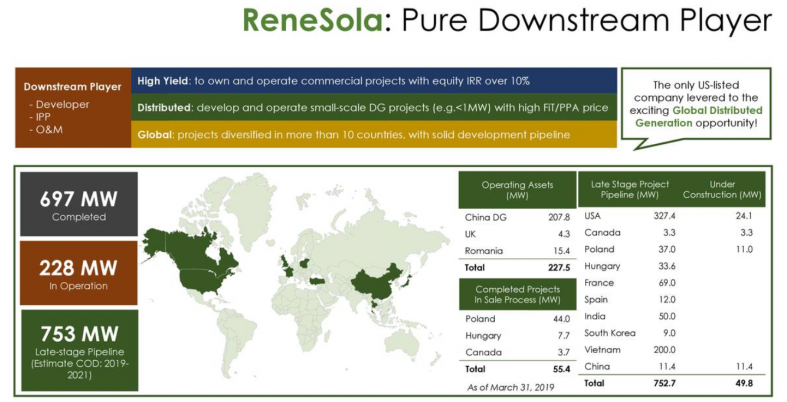 Operating expenses in the first quarter were $2.47 million, down from $2.52 a year ago, according to the report.

ReneSola had $7 million in cash and cash equivalents as of Mar. 31.

Looking ahead, the chief financial officer of ReneSola, Xiaoliang Liang, said in a call with analysts Thursday, "We anticipate meaningful revenue growth in the second half relative to the first half of 2019 as we expect significant revenue contribution from project sales in the second half of the year. For the second quarter of 2019, we expect revenue in the range of $10 million to $12 million, and gross margin in the range of 55 to 65 percent."