While Baidu's CEO Robin Li was doused in water while delivering a speech at the conference, he continued with the speech by saying "the road to AI is full of unexpected incidents." 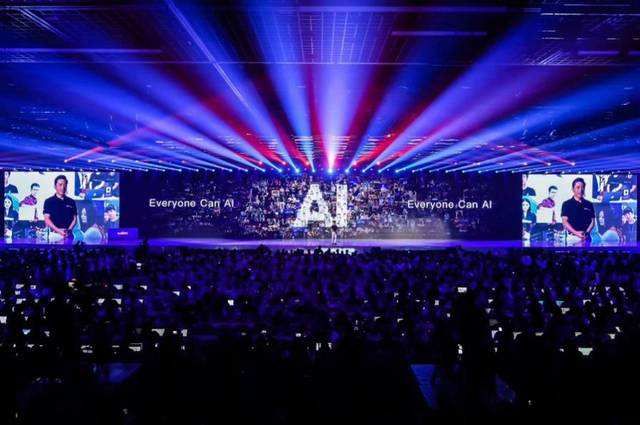 The Chinese search engine giant, which has been expanding its operations in other spheres, is hosting the Baidu Create AI Developer Conference this week in Beijing. Among new developments, it announced the cooperation of its deep learning platform "PaddlePaddle," short for PArallel Distributed Deep LEarning, and Huawei Kirin SoC (System on a Chip).

Haifeng Wang, the chief technology officer of Baidu, said at the conference that the partnership aims to create a learning platform based on domestically developed chipsets.

The two parties will join efforts to achieve three goals: maximizing the chip hardware capability, optimizing the classic model, and driving the rapid evolution of the next generation chip, the company said.

Baidu also announced its self-developed chip, "Hungkuk," which stands for "swan" in Chinese. The chip was designed to fit car and home voice interaction systems and can be applied in a long-distance intelligent system.

Meanwhile, an unnamed man caused a temporary turmoil at Baidu Create. While Baidu's chief executive officer, Robin Li, was delivering a speech on the application of artificial intelligence, a young man walked onstage and spilled a bottle of water over his head.

At first taken aback and shouting "What's your problem?" to the man, Li continued with his speech.

"The road to AI is full of various unexpected incidents, but it will not influence Baidu's determination. I believe artificial intelligence will change the daily life of everyone," Li said to the audience.

A year ago, at the 2018 conference, Baidu launched its own AI chip, "Kunlun," which was mainly for AI large-scale computing needs. Jian Ouyang, the chief architect of Baidu, mentioned in a public speech in March that Baidu's "Kunlun" will be used at large within the company this year.

On Saturday, U.S. President Donald Trump eased the ban he imposed on Huawei after talks with Chinese President Xi Jinping on the sidelines of the G20 summit in Japan. However, Reuters reported today that a senior U.S. official said that Huawei should still be treated as blacklisted.

(Reuters contributes to the article)