Nio announced a lower delivery volume compared with the first quarter, sending its shares to inch down in trading Wednesday. 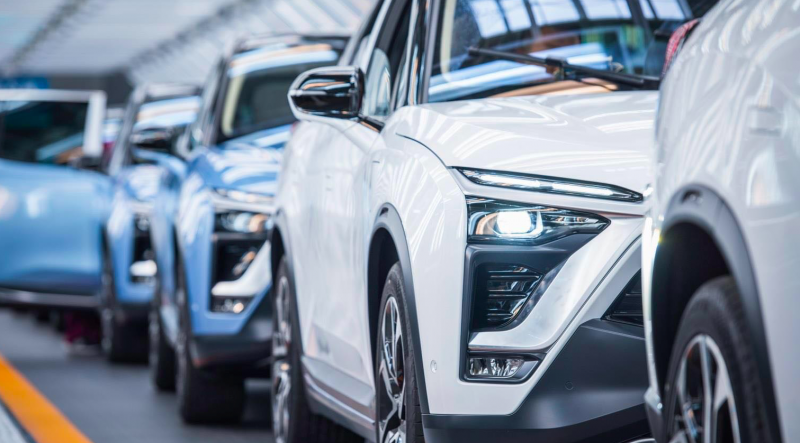 Shares in Chinese electric vehicle maker Nio Inc. (NYSE: NIO) dropped 1 cent to close at $3.68 apiece Wednesday after it reported second-quarter deliveries that were well above expectations but still lower than in the first quarter.

In the first quarter of 2019, Nio delivered 3,989 vehicles on losses of $395.2 million. The deliveries in the second quarter dropped to 3,553, the automaker said in a statement today.

However, Nio said that the results exceeded the company's previous guidance range of 2,800 to 3,200 deliveries, which represents an increase of 18.4 percent year-over-year.

Dongying Xie, the chief financial officer of Nio, explained the decline in ES8 sales in the first-quarter deliveries announcement. She mentioned the decline was related to the decrease in subsidies for new energy vehicles, unfavorable macroeconomic conditions and seasonal fluctuations during the spring festival holidays.

According to the company's forecast, Nio will continue to face challenges in the second quarter.

The new subsidy policy for new energy vehicles (NEVs) was released in late March. Although there was no large subsidy like for the traditional car companies, Nio has carried out the corresponding "time-limited guaranteed price promotion" events to keep the current sales volume.

Meanwhile, according to draft rules published Tuesday by the Ministry of Industry and Information Technology, carmakers that produce a certain number of low-fuel consumption vehicles will have a slightly reduced requirement for the amount of EVs they must churn out.

While China's auto market weakened in recent months, sales of NEVs have continued to grow.

NEV sales rose 80 percent in June to 152,000 vehicles, bringing January-June sales to 617,000, up almost 50 percent from a year ago. Buyers responded positively to incentives producers offered in anticipation of a planned rolling-back of official purchase subsidies.