A president who has alleged spying and whose administration puts the squeeze on visas can’t change the academic chill without further actions. 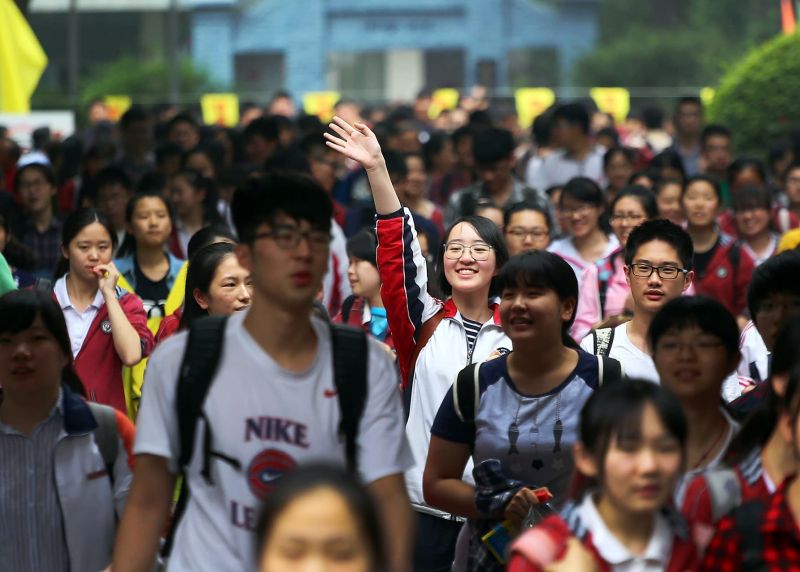 Chinese students studying in the United States and American universities are no doubt breathing a sigh of relief these days. But it could be short-lived.

Among the concessions President Trump made in his talks with Chinese President Xi Jinping at the G20 Summit last month in Osaka was a statement that clarified China's best and brightest are more than welcome to come study in the U.S.

Calling it a "smart person's waiver," Trump said, "We'll make it so they cannot only stay, but maybe they have access to green cards. We want to keep them here."

Trump said "someone" had said it was harder for Chinese students to go to the U.S. under his immigration policy. "If it were, that somebody viewed it that way, I don't," he said.

"We want to have Chinese students [go] to our great schools and great universities. They are great students and tremendous assets," Trump said.

That rhetoric came seemingly out of the blue from a president who a year ago reportedly said at a private dinner that almost all Chinese students in the United States were spying for Beijing. Others in his administration, including FBI Director Christopher Wray, have expressed similar suspicions, particularly as the trade war has heated up.

Republicans in Congress, in fact, introduced legislation in May to prohibit the granting of research or student visas to anyone employed by the Chinese military. Many of China's scientific and engineering institutions have affiliations with the People's Liberation Army.

In China, students are feeling the chill. In 2018, 331 of the 10,313 students who applied to study in the United States on Chinese government scholarships were rejected – a rate of 3.2 percent, the Washington Post reported, citing government figures. But in the first three months of this year, 182 of the 1,353 students who applied — or 13.5 percent — were unable to go because of visa problems.

Last year, the U.S. dramatically shortened the visa periods for graduate students in STEM (science, technology, engineering and math) programs from five years to one, and the government reportedly canceled visas for a group of professors linked to the Chinese Academy of Social Sciences.

The 150-plus Confucius Institutes at American colleges also are coming under increased scrutiny, accused of spreading Chinese government propaganda. Some have been shut down.

Meanwhile, the 10-year visas issued to some Chinese scholars have been revoked, and Chinese citizens are being required to submit the names they use on social media accounts such as WeChat and Weibo.

Naturally, all of this has created quite a chill in academic relations. The fear is that a promising avenue of people-to-people contacts is being shut off.

Speaking to reporters in Beijing last month, Xu Yongji, an official from the Education Ministry, said the Trump administration and Congress had "politicized some normal China-U.S. educational exchanges and cooperation activities."

"(They) are accusing Chinese students and scholars in the United States of launching ‘nontraditional espionage' activities and causing trouble for no reason," Xu said, advising current and potential students to "strengthen" their risk assessments before deciding to study in the United States.

The stakes are quite high. Some 360,000 students from China are studying at U.S. universities – far and away the biggest group of international students – and Chinese students earned about 10 percent of all doctorates awarded by American universities in 2016.

Many universities here count on their international students to make ends meet, as they pay much higher tuition than resident students. But the bigger fallout may well be the loss of talent, as more Chinese students are returning home after their studies, rather than taking jobs in the U.S.

China's burgeoning home-grown science and technology institutes are hiring STEM graduates at a high rate and paying them salaries that are competitive with the West. Researchers armed with doctorate degrees are pouring back into China.

Perhaps Trump, suddenly seeing the light, decided to put the welcome mat back out to Chinese students. But it will take much more than a statement at a news conference to reinstill confidence that China's students are welcome in the U.S. – to study and to remain after they have earned their degrees.

"The U.S. is still the biggest destination for Chinese students, and U.S. higher education has been best known for its openness and tolerance," Miao Lu, secretary general of the Centre for China and Globalization, a Beijing-based think tank, told the South China Morning Post.

"I think it's very good news, especially when many people were worried that the trade war between China and the U.S. would escalate into a tech war and eventually a talent war."

Everyone knows Trump is prone to unpredictability and could just as easily repeat his unfounded charges of spying. And until the increased application rejections and toughening visa requirements are pulled back, nothing will have changed. Those kinds of confidence-building moves seem as distant as ever.

"We can't expect that the visa restrictions or the comments against Chinese students and scholars will disappear quickly," Miao said, "but such an intense atmosphere can definitely be eased."

YOU MAY LIKE
Prev：COMMENTARY: Hong Kong Protests Show Disconnect Between People and Their Leaders Next：Chinese Big Sister Ai Cheng Joins International Co-Production by MGTV and Discovery