Alibaba Partners with Heilongjiang on Digitization

Jack Ma took will launch a number of projects with Helongjiang, traditionally known in China for its fake businesses. 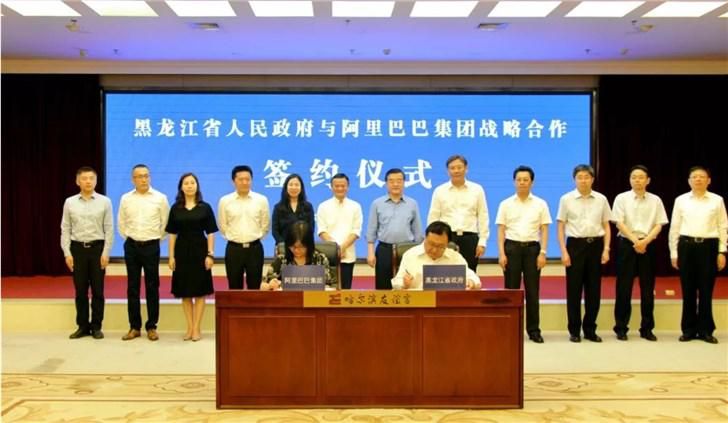 Jack Ma, the chairman of the Chinese giant, has signed a strategic cooperation agreement with the government of Heilongjiang Province, according to the company's statement. The two sides will carry out joint projects in digital agriculture, inclusive finance, domestic demand, cloud computing-based enterprises and digital government, aiming to establish a "digitalized Heilongjiang."

Heilongjiang, with the capital Harbin, is China's largest agricultural region, located in the northeastern part of China.

Traditionally, investors in China have been weary of the area north of Shanhai Pass. Provinces in the region, including Heilongjiang, Jilin and Liaoning have been known for a number of fraudulent investment projects.

"Investors must climb over Shanhai Pass," Ma said after he visited the computer science and technology school of Harbin Institute of Technology this week.

The founder of Alibaba also said that he was proud to see the company play a key role in China's transformation from the information technology era to the digital economy era.

"We hope Alibaba will make full use of the platform, technology, talents and capital, and carry out in-depth and multi-field cooperation," Qingwei Zhang, the Party Secretary of the Heilongjiang Provincial Committee, said.

The stock in Alibaba closed up 63 cents Wednesday, at $174.82 per American depositary share.