On Thursday, signs that the trade dispute between the world’s two largest economies was starting to take a toll on corporate earnings further unnerved investors, sending stocks down. 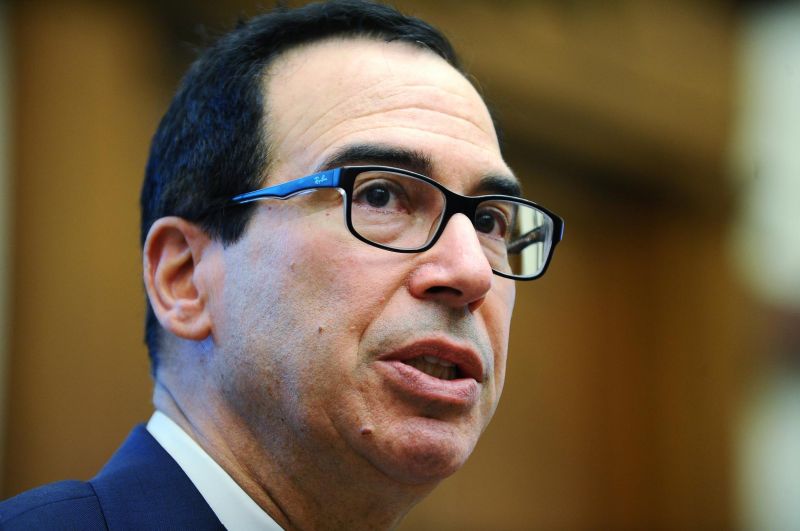 Mnuchin, speaking from the G7 meeting in Chantilly, France, said he and U.S. Trade Representative Robert Lighthizer will participate in the call with their Chinese counterparts, adding that it follows an earlier discussion with their staffs.

"We'll see where we get," he said in an interview. "We continue to make progress. I would expect Ambassador Lighthizer and I to travel over there to have an in-person meeting."

Global stocks were rattled after comments on Tuesday from U.S. President Donald Trump, who reiterated his threat to impose further tariffs on Chinese imports.

On Thursday, signs that the trade dispute between the world's two largest economies was starting to take a toll on corporate earnings further unnerved investors, sending stocks down.

"We have a long way to go as far as tariffs, where China is concerned, if we want. We have another $325 billion that we can put a tariff on if we want," Trump said at a Cabinet meeting at the White House on Tuesday.

He and Chinese President Xi Jinping had agreed last month to revive trade discussions after talks were fell apart in May.

"What they did was not appropriate," Trump said Tuesday. "They are supposed to be buying farm products. Let's see whether or not they do."

Asked about the role of Huawei Technologies Co Ltd, which the administration has blacklisted over national security concerns, Mnuchin told CNBC said that allowing any U.S. sales to the Chinese telecoms equipment company was an issue independent from the trade talks.

He refuted a Wall Street Journal last week that said the Treasury chief was urging U.S. suppliers to seek exemptions to sell to Huawei now that the U.S. Department of Commerce has said it would allow some sales in cases where there is no threat.

On Thursday, the Journal reported that talks were at a standstill as Washington weighs limits over business with Huawei. The Washington Post also reported that some U.S. tech companies were pushing the Trump administration to allow certain sales, citing people familiar with the matter.

"There are a lot of complicated issues... We have made progress, we're trying to get back on the path of a lot of progress," Mnuchin told CNBC.