The rise forecast this year will be driven mainly by Europe - in particular, Spain, the United States, India, Vietnam, as well as Egypt and the United Arab Emirates. 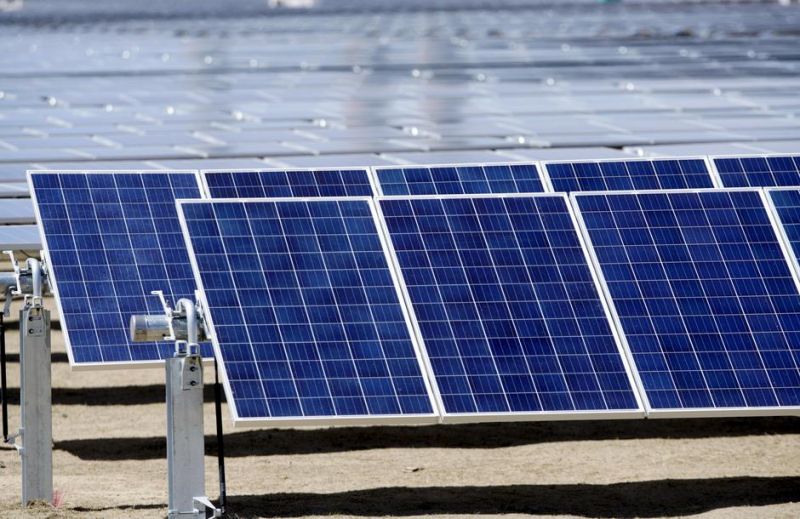 LONDON (Reuters) - New solar photovoltaic (PV) installations are set to reach a record high this year, driven by improving markets in Europe and the United States and fast growth in India and Vietnam, consultancy Wood Mackenzie said on Thursday.

Low auction prices are also expected to help boost new solar PV capacity by the end of this year to 114.5 gigawatts (GW), 17.5 percent higher than 2018 and the first time new installations have exceeded 100 GW.

"The market is now back on a strong growth trajectory – 2018's slowdown was just a blip and we expect annual installations to rise to around 125 GW per year by the early 2020s," Wood Mackenzie analysts said in their report.

The rise forecast this year will be driven mainly by Europe - in particular, Spain, the United States, India, Vietnam, as well as Egypt and the United Arab Emirates.

Countries that install between 1-5 GW a year will drive growth. Last year, there were seven such markets. By 2022 there will be 19, including France, Saudi Arabia and Taiwan, the report said.

The increase comes despite the slowdown in China, which is giving priority to renewable projects which can operate without subsidies after a rapid fall in manufacturing costs.

Its installations peaked at 53 GW in 2017 due to generous subsidies but are expected to ease to around 30-40 GW a year.

Up to 2024, however, China, India and the United States will account for more than half of total solar PV installations.

Globally, auctions, rather than subsidies, are increasingly popular to incentivize renewable energy development.

Around 90 GW of projects are expected to be awarded contracts through auctions this year, up 10 percent from 2018.

A record-low price for solar generation of $16.95 per megawatt hour was set in a Brazilian auction in June and results of the second round of a Saudi Arabia auction should be released later in the year which are expected to be very low also, Heggarty added.

A separate study earlier this year by the International Renewable Energy Agency said electricity generated by onshore wind and solar PV will in the next year be consistently cheaper than from any fossil fuel source.

YOU MAY LIKE
Prev：Frenzied Debut of China's Nasdaq-Style Board Adds $44 Billion in Market Cap Next：Huawei's Ties With Partners FedEx, Flex Fray on U.S.-China Tensions