COMMENTARY: Explosive Opening on China's New High-Tech Board May Portend a New Era 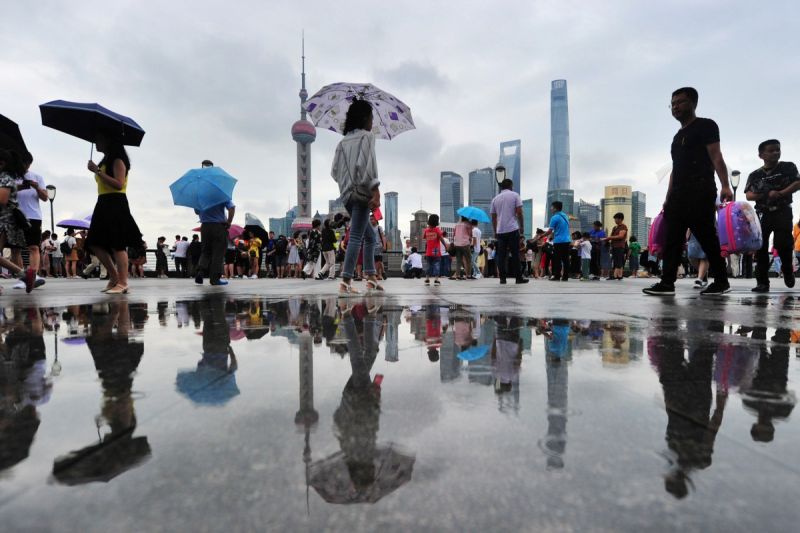 A rousing start to China's latest stab at a high-tech stock board this week had to please the leadership in Beijing, which wants to inject more private money into promising technology companies.

To recap what happened this week, the so-called Star Market surged beyond expectations at the outset in Monday's wildly successful debut, and it has receded only slightly from there. The 25 stocks that launched IPOs on the board catapulted 140 percent on average the first day, with the worst performer – Harbin-Xinguang Optic-Electronics Co. – rising 84 percent.

Anji Microelectronics, a Shanghai semiconductor maker, ended up the top performer, settling with a gain of 400 percent after being up five-fold at one point. Its shares opened 287 percent higher than the IPO price, the South China Morning Post reported.

Sales of eight companies' shares had to be suspended for 10 minutes only half an hour into the session because they had already gained 30 percent.

More than 140 companies have applied for Star Market listings so far, with most still navigating the approval process. The authorities are tired of seeing China's most promising companies launch IPOs in New York and Hong Kong, and the new board - part of the Shanghai Stock Exchange - represents the country's biggest effort to keep the best tech companies listing at home. It is modeled largely on the Nasdaq and was pushed personally by President Xi Jinping.

The Chinese government's practice of providing subsidies to tech companies is among the many points of contention in the trade war with the U.S., and if Monday's launch is any indication, the Star Market may allow them to pull back.

Many of the nation's young investors have taken big losses in two big market collapses that have occurred in the last four years on the main Shanghai and Shenzhen exchanges, and they see the Star Market as a chance to recapture some of their capital. Both of the main indexes remain more than 40 percent below their July 2015 peaks.

After the first week of trading on the Star Market, new rules take effect Monday that are more liberal than those for the main stock exchanges. Stocks will be allowed to rise or fall 20 percent in a session before trading is halted for the day – double the allowable amount on the main bourses. Company profitability isn't a prerequisite to listing, as long as the firms have demonstrated revenues and strong prospects.

It marks the first time Beijing has allowed early-stage companies to launch IPOs – something many see as a needed breakthrough in the 30-year history of China's capital markets.

Sectors eligible for the high-tech board reveal where the government wants Chinese tech to go: they include semiconductors and integrated circuits, artificial intelligence, solar and wind power, biopharmaceuticals and new-energy cars, among others. These are some of the same industries the government is incentivizing via R&D tax breaks and lavish subsidies in its Made in China 2025 initiative. The goal is to make China a global leader across an array of high-tech sectors, and the board will serve as a sort of financial incubator for these kinds of companies.

"The launch of the new board is a fresh sign China has shifted its focus from quantity and pace to quality in driving economic growth," Yu Peihua, chief executive of mutual fund AXA SPDB Investment Managers, told the South China Morning Post, which is based in Hong Kong. "China is highlighting the role of the capital market in bolstering technology companies, and encouraging them to conduct technological innovation."

That need has been greatly amplified since President Trump started targeting Chinese tech firms, most notably Huawei, for sanctions and trade restrictions.

Last year, 33 Chinese companies went public on American exchanges, mainly the Nasdaq. Most were in the tech sector, and they accounted for more than one in every six IPOs launched on U.S. exchanges in 2018. While none came close to Alibaba Group Holding Ltd.'s (NYSE: BABA) splash in 2014, when its $21.8 billion IPO was the largest in history, the companies kept coming. Last year's biggest China IPO came from iQiyi Inc. (Nasdaq: IQ), the video streaming company that raised $2.3 billion.

Chinese firms have continued listing on U.S. bourses so far this year, and it will be interesting to see if the Star Market dents that activity. Chinese companies also have to be looking over their shoulders as the trade war puts a chill on economic relations. They may be hedging their bets because a bill in Congress would effectively ban Chinese firms from listing on American exchanges unless they open their books to U.S. regulators.

All in all, the time seems right for a liberalized new high-tech board in China. While shares will see their ups and downs, the big question remains whether the Star Market proves to be a springboard to a more robust, privatized tech industry in China that can compete with the West.