The sports giant took a weak welcoming from Wall Street as it lifted off in trading Friday, raising $190 million - far less than expected. 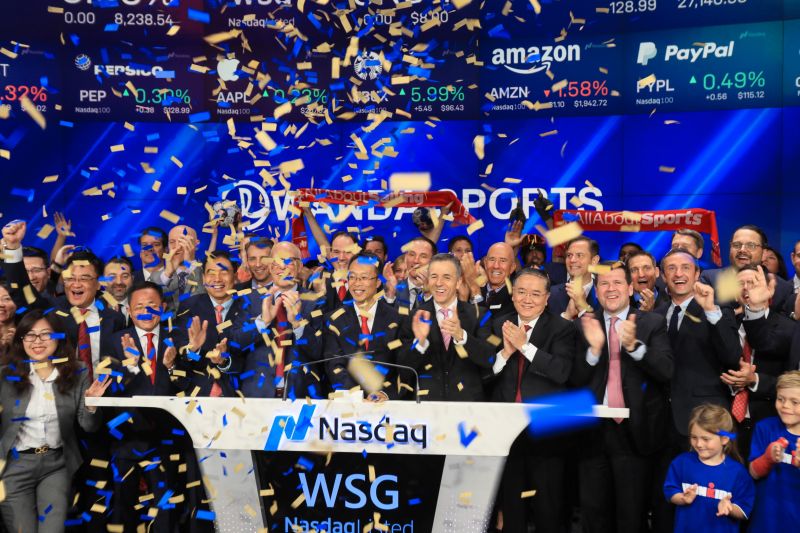 Wanda Sports Group Co. Ltd. (Nasdaq: WSG) raised just $190 million in its initial public offering in New York Friday and ended the day in the red after pricing its shares below the expected range.

The American depositary shares in the sports giant, owned by Chinese conglomerate Dalian Wanda Group, opened at $6 apiece – below the offer price of $8 per share. Failing to revert the course throughout the day, Wanda ended its debut in the red, at $5.16 per ADS, 36 percent down.

The company sold 23.8 million shares, less than it expected, below the price range of $9 to $11 per share. Initially, Wanda was targeting to raise $500 million in an offering of 33 million ADSs for $12 to $15 each. That was downsized to $308 million earlier this week.

The disappointing debut comes after China's largest livestreaming platform DouYu International Holdings Ltd. (Nasdaq: DOYU) raised $775 million in a Nasdaq IPO last week, priced at the bottom of its range. The stock of the entertainment platform has been trading below the issue price of $11.50 per share since.

Out of 18 Chinese companies that became publicly traded this year, 11 – including Wanda – are trading below the IPO price, as reported by Bloomberg.