The average forecast from five economists is for second-quarter gross domestic product to rise at the slowest pace in 10 years. 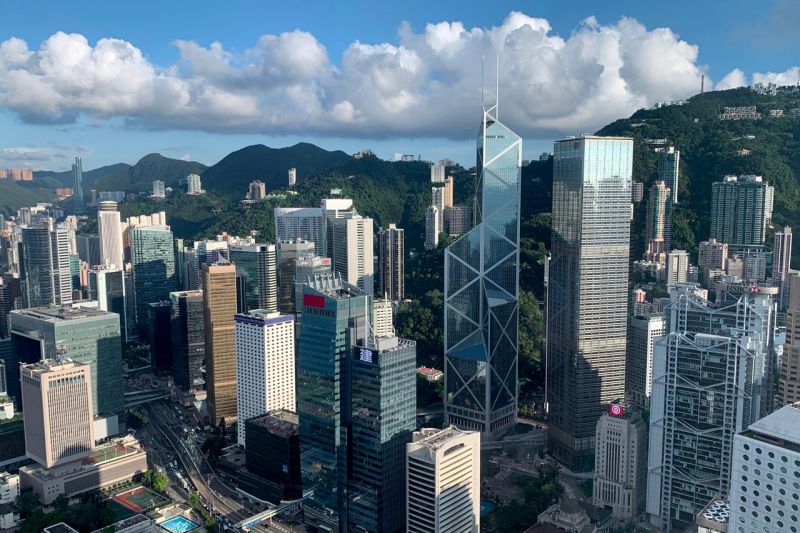 HONG KONG (Reuters) - Hong Kong's economic growth is expected to have picked up in the second quarter, analysts say, but the outlook is being clouded by the protracted Sino-U.S. trade war and spiraling social unrest.

Protests against the city's government and China are erupting almost daily, disrupting business, scaring off tourists and threatening to tarnish Hong Kong's international reputation as a stable financial hub.

While preliminary data on Wednesday is expected to show economic growth picked up in April-June, most market watchers do not expect it will last, with no quick resolution seen for either the bruising U.S.-China trade dispute or local political unrest.

The average forecast from five economists is for second-quarter gross domestic product to rise 1.6 percent from a year earlier, firming from 0.6 percent growth in the first quarter, which was the city's slowest pace in nearly 10 years.

The expected improvement "is not reflecting better economic activity but resulting from a strong comparison base in Q1 in 2018 when the economy was strong," said Paul Tang, chief economist from Bank of East Asia.

"Going forward, the Sino-U.S. trade war impact is expected to have a more material impact than that from protests."

While the port of Hong Kong has lost some business to new Chinese ports, the territory remains a key middleman in global trade with China and finance.

Hong Kong's total exports fell the most in nearly three and a half years in June, hurt by China's economic slowdown and Sino-U.S. trade tensions.

Tang said his bank may cut its 2019 growth forecast again if the sharp decline in exports persists. It earlier lowered the forecast to 1.5 from 2 percent.

Washington and Beijing have levied billions of dollars of tariffs on each other's imports, disrupting global supply chains and shaking financial markets.

"Unlike some regional peers, Hong Kong has not benefited from diverted U.S. demand," Standard Chartered said, adding the long-term strategic rivalry between the United States and China is likely to continue to cloud sentiment.

The government maintains the economy will grow by 2 to 3 percent this year.

Domestic economic pressure is also growing, with mass demonstrations posing the greatest political challenge to the former British colony since it returned to Chinese rule in 1997.

What started three months ago as rallies against an extradition bill that would have allowed people in Hong Kong to be sent to mainland China for trial, has now morphed into a wider backlash against the city's government and its political masters in Beijing.

Retailers saying they expect sales for July and August to drop by double-digits from a year earlier, while hoteliers are bracing for a wave of cancellations.

Lai said a lot of "capital and talent may also exit Hong Kong" if martial law or an emergency state is implemented.

So far this month, the number of organized tours to the city has dropped 20 to 30 percent from the same period a year earlier, the Hong Kong Inbound Travel Association estimated.

"External uncertainties persistently cloud the local economy, and the recent social events have further weakened the economy. It is difficult to describe (the outlook for Hong Kong's economic development) as optimistic in the short run," Financial Secretary Paul Chan said in his blog on Sunday.

YOU MAY LIKE
Prev：U.S. Firms See Little Clarity on Huawei as U.S.-China Talks Resume Next：Shaky Progress in Trade War Struggle; Talks to Continue