Shares in the restaurant operator jumped 3 percent Wednesday on strong financials in the second quarter. The company also announced a dividend of 12 cents. 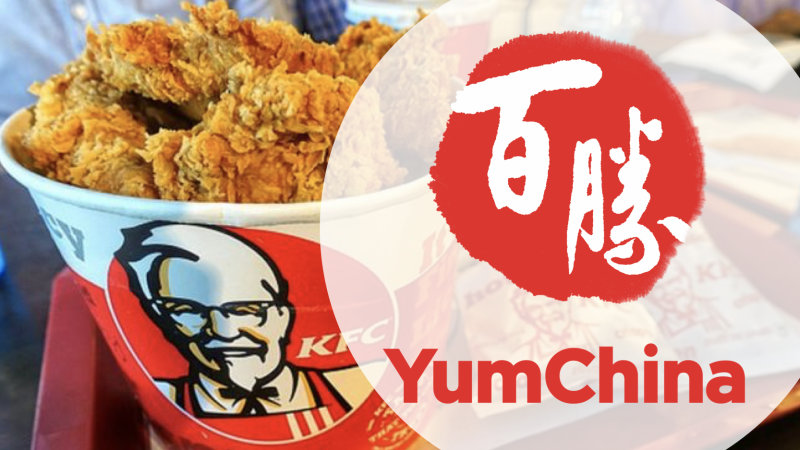 The operator of KFC, Pizza Hut and Taco Bell in China said its revenue in the second quarter reached $2.12 billion, up 3 percent from $2.07 billion a year ago. Its net income soared 24 percent to $178 million, or 46 cents per American depositary share, compared with $143 million, or 36 cents per ADS, in the same period last year.

"This strong result was driven by solid second quarter sales performance at both core brands with KFC and Pizza Hut delivering 5 percent and 1 percent same-store sales growth, respectively, and an ongoing acceleration of new store openings at KFC," Joey Wat, the chief executive officer of Yum China, said in a statement Tuesday evening.

Same-store sales growth is considered to be an indicator in the retail chain to determine the effectiveness in producing growth from existing assets, which is more important for highly developed restaurant chains like Yum China with less future growth opportunities.

"We now expect full year 2019 gross new store openings to be between 800 and 850 units with accelerating development of new units across multiple brands," Jacky Lo, the chief financial officer of Yum China, said on the company's KFC-led store expansion plan.

The company also announced it started working with a new member in its network, Coffii & Joy - a standalone coffee chain launched last year. It operates 26 stores in eight cities in China, including in 11 offices of WeWork in Beijing and Shanghai.

"Coffee as a category that's not new to us, and we have many reasons to be confident in this as an important market opportunity in China. That said, we are taking our time to explore different formats, fine-tuning the dayparts and product mix, building store density in primary trade zones and learning more about the supply chain," Lo said in an earnings call with analysts today.

Yum China also announced a dividend. The company will distribute a cash dividend of 12 cents per share, payable on Sep.17 to shareholders of record as of Aug. 27.