Kandi Technologies Group has reported growing topline revenue, deepened its relationship with Geely and is laying the groundwork for production expansion. 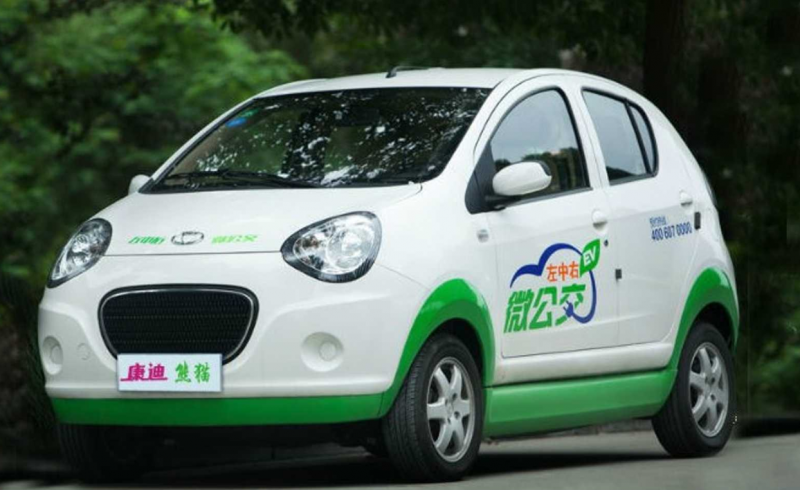 The firm manufactures off-road electric vehicles and EV components for sale in China and overseas.

Kandi continues to grow revenue, deepen its relationship with Geely as a result of a JV restructuring and work to increase its production capacity for pure EVs.

Jinhua City, China, -based Kandi was founded in 2002 to manufacture a range of electric components, including air conditioning systems, battery packs, controllers and motors.

Below is an overview video of the firm's lead EV, the EX3:

Since 2013, management has focused the company's efforts on designing and manufacturing ‘pure' electric vehicles, i.e., not hybrids, and increasing its sales and distribution activities within the PRC.

According to a market research report by Mordor Intelligence, the Chinese EV market is expected to grow at a compound annual growth rate (CAGR) of 33.64 percent from 2019 to 2024, as shown in the chart below:

Major players in the Chinese EV market include:

However, recently the industry has been buffeted by changes in national and local subsidy policies, with the most generous subsidy being cut in half.

EV stocks have since slid in response to potentially lower buyer demand due to lower subsidies.

Kandi's topline revenue by quarter has grown in Q1 2019 vs. the same quarter in 2018 and appears to be seasonal in nature: 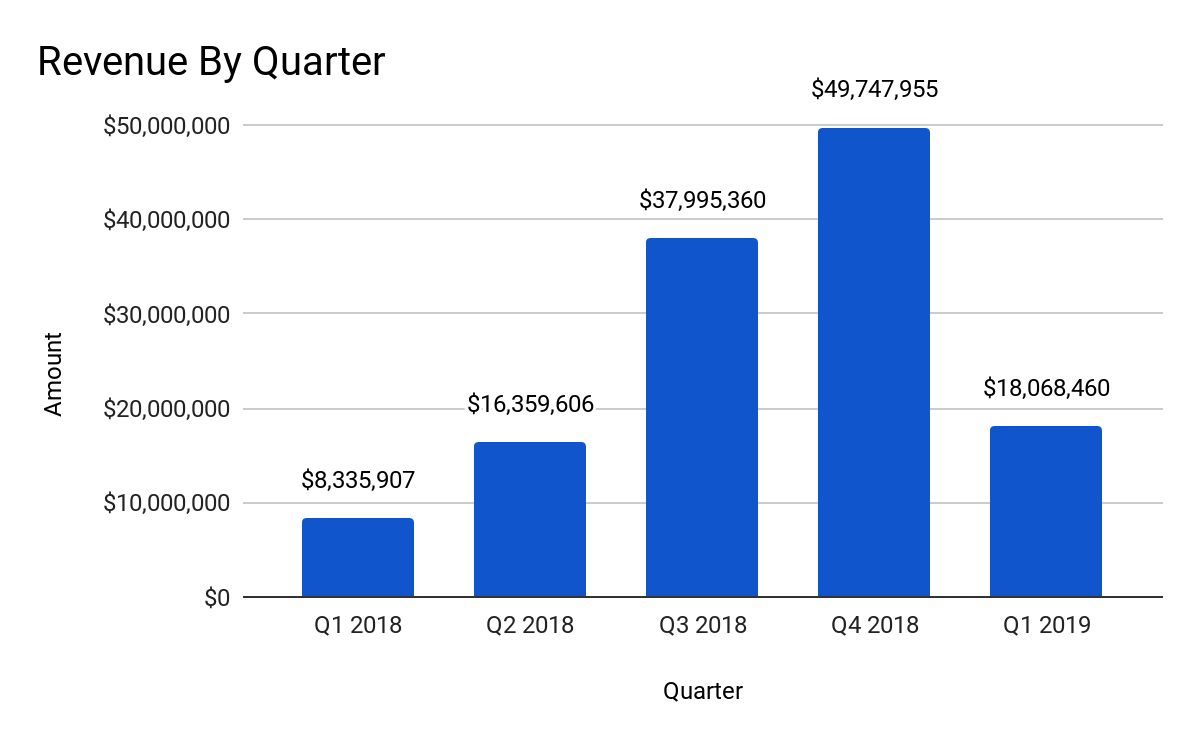 Gross profit by quarter has tracked the growth trajectory of revenue: 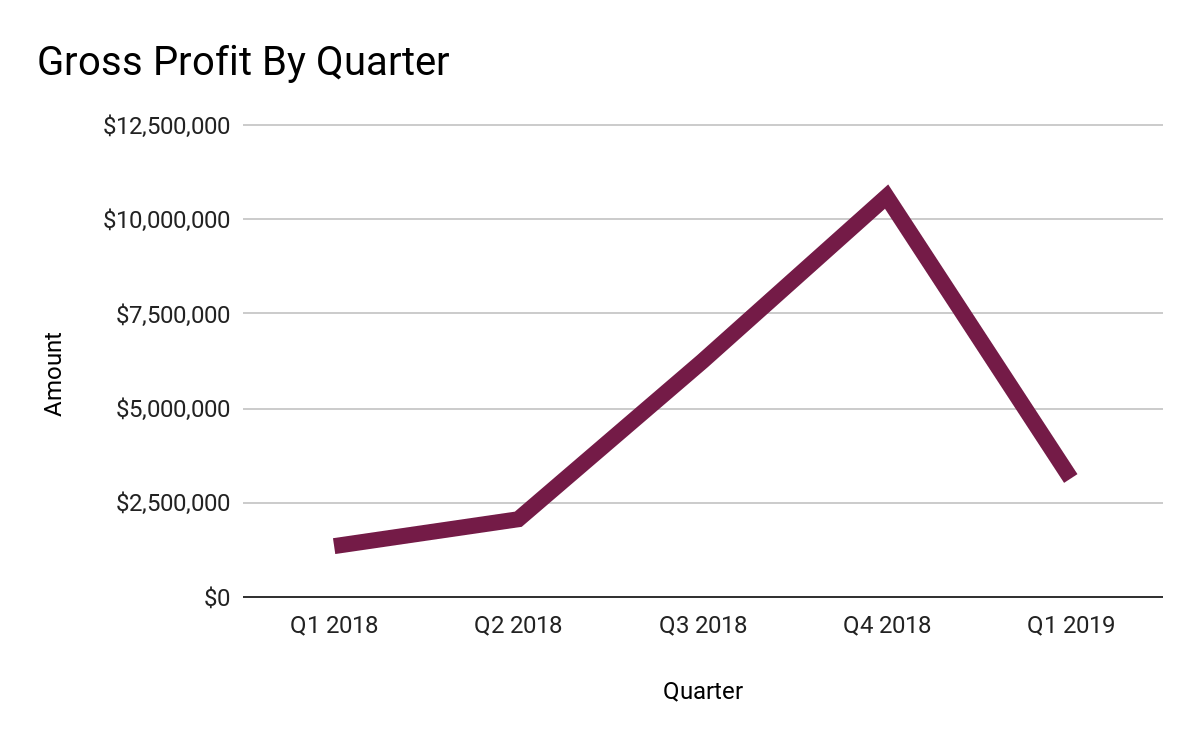 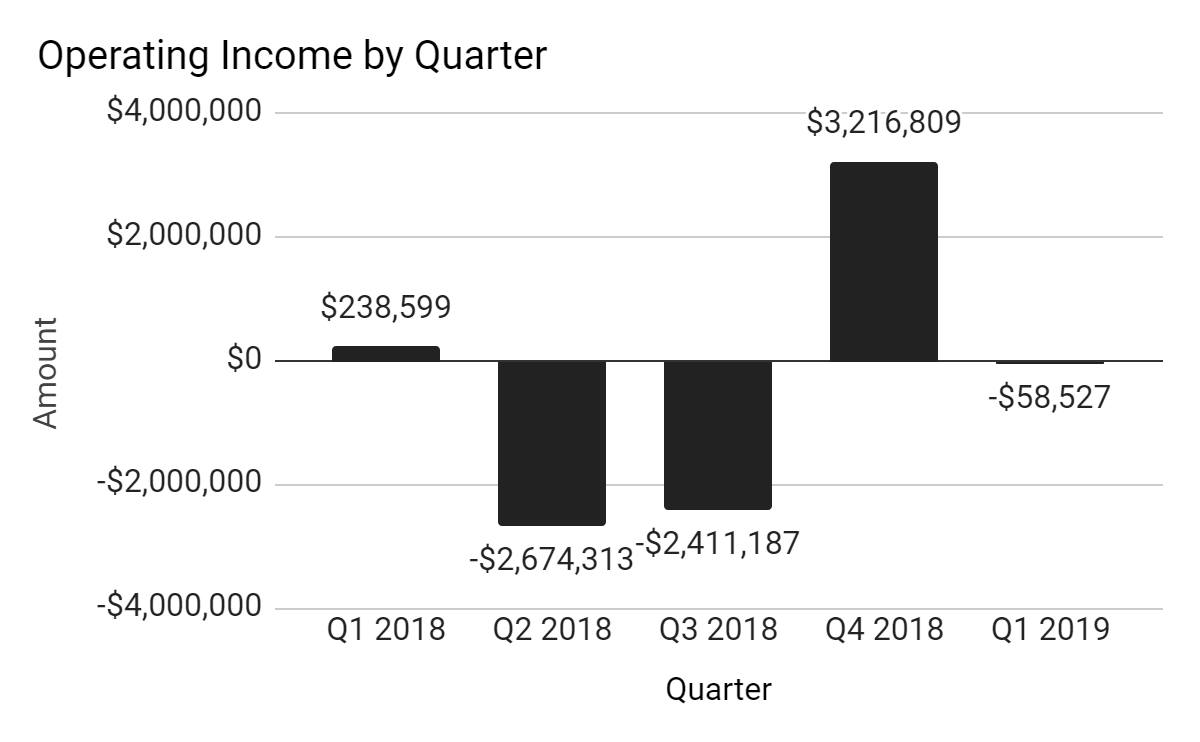 Earnings per share (diluted) has performed poorly over the past three reported quarters: 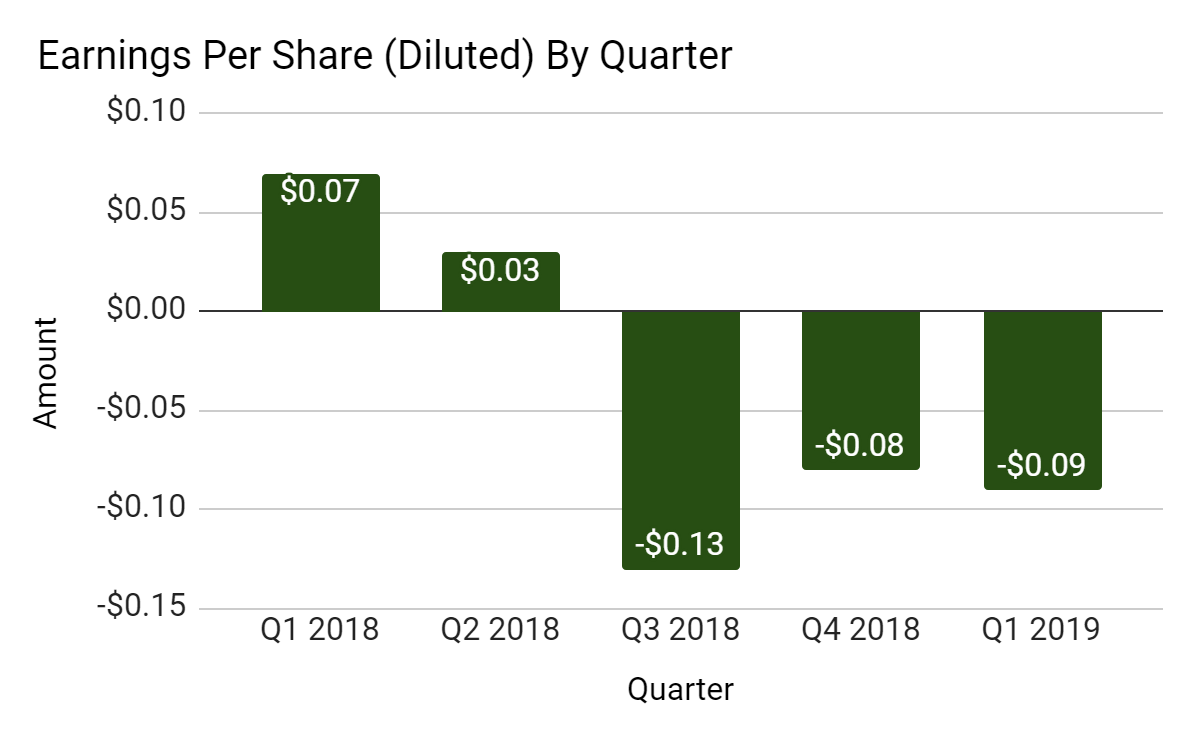 In the past 12 months, KNDI's stock price has risen 36.9 percent vs. the U.S. Auto Components market fall of 24.6 percent and the overall U.S. market rise of 4.0 percent, as the chart below indicates: 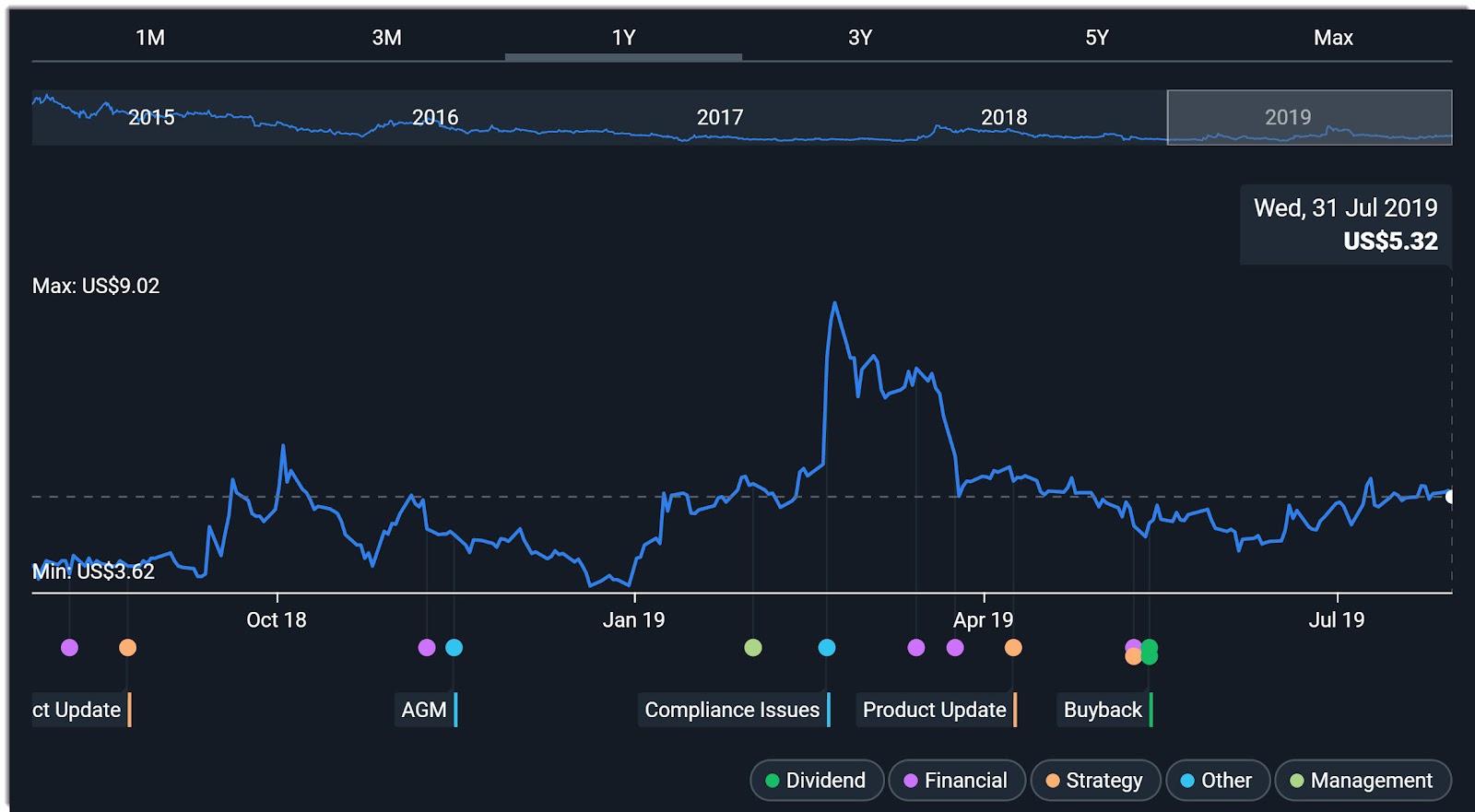 In its most recent earnings call, management highlighted the firm's Q1 2019 revenue growth of 117 percent over 2018's results.

This was despite production impacts from a joint venture partner's restructuring and the subsidy reduction announced by the national government.

Kandi also received approval from Jiangsu authorities to add new capacity of up to 50,000 pure EV production at a proposed manufacturing plant in the province, so it appears management has been busy laying the groundwork for continued expansion.

As to its Q1 2019 financial results, topline revenue growth was primarily due to increased sales of EV parts and its off-road vehicles, so the firm is not yet producing growth from its on-road EV, the EX3.

Despite the restructuring and reduction in Kandi's percentage interest in its JV with Geely, management believes that it was necessary and beneficial to the JV to do so. Kandi has an option to purchase a portion of the assets of the JV company within the next two years, which would result in Geely becoming a significant shareholder of Kandi in the process.

Notably, the firm sees increased competition in the EV market, both from new start-ups focused solely on EVs to incumbents transitioning from internal combustion engine vehicles to all-electric.

By having essentially two businesses, one as a parts supplier and one as a vehicle manufacturer, Kandi appears to be relatively well-positioned to benefit from success in either or both capacities.

YOU MAY LIKE
Prev：ANALYSIS: Luckin Coffee Expands, Diversifies in China and Abroad Next：OBSERVATION: The Black Swan Effect of U.S.-China Decoupling