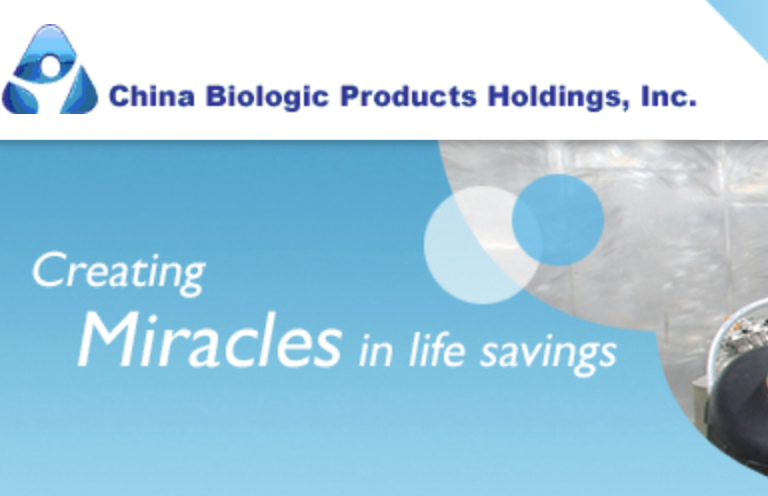 The Beijing-based company announced Monday after markets closed that its revenue was $135.7 million in the three months through June, a 13 percent increase from $120.4 million in the same period last year. Net income reached $41.6 million, or $1.06 per fully diluted share, it said, compared with income of $28.6 million, or 83 cents per share, a year ago.

Chow started as China Biologic's CEO this week, according to the company's earlier announcement.

"I am looking forward to working with the management, employees and partners to redevelop the future roadmap for our business that charts its course and ensures long-term improved and sustainable growth," Chow said Monday in the statement.

In June, the company obtained approval from the China National Medical Products Administration to begin human clinical trials for the treatment of bleeding episodes. The trials may take up to three years to complete, it said. In late July, the company received the operating permit for new Wenchang plasma collection station in Hainan Province and commenced commercial operations.

In early August, the company said it completed the acquisition of the remaining 20 percent interest in TianXinFu as its indirect wholly-owned subsidiary. "It will allow us to fully capture the growth potential of this leading player in the regenerative medical bio-material industry, better realize the synergies between TianXinFu's business and China Biologic's high-end coagulation factor business, and receive the full benefits and earnings accretion from existing and future TianXinFu products," the company said in a statement.