ITP said its revenue was up 2 percent in the second quarter. 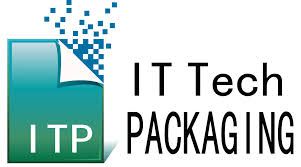 The stock of IT Tech Packaging Inc. (NYSE American: ITP) was trading down 4 percent, at 55 cents per share, after the company's financial report revealed less-than-expected revenue and profit on Friday.

The Baoding-based company, formerly known as Orient Paper Inc., reported that its revenue was $34 million in the three months through June, representing a 2 percent increase from the corresponding period in 2018. The company said its net income in the second quarter of 2019 was $500,000, or 2 cents per share, compared with $100,000, or 1 cent per share, a year ago.

ITP, which sells diversified paper products, said it was pleased with its second-quarter results.

"The second quarter of 2019 witnessed a 32.8% year-on-year increase in overall sales, reaching the highest level since the first quarter of 2017. This strong performance reflects the continued recovery of our business," Zhenyong Liu, the chairman and chief executive officer of ITP, said.

He added, "Looking forward, the market demand and the overall product price in our target regions are expected to remain stable for the rest of the year."

ITP also mentioned in its statement that it resumed the production of tissue paper in 2019, due to the lower raw material cost and advanced production line. ITP generated a revenue of $1 million with its tissue paper production in the second quarter of 2019.

ITP said it will continue to enhance its influence in the paper industry and expand into new markets.

YOU MAY LIKE
Prev：JD.com Invests $142 Million in Elevator Ad Firm Next：China’s 9F Sets Terms Ahead of $84.6 Million IPO in New York