The company, which sells traditional Chinese medicine, also announced a partnership with a health food producer in China. 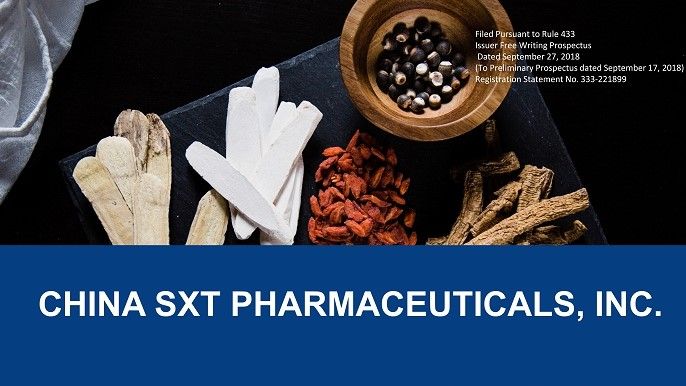 Shares in China SXT Pharmaceuticals Inc. (Nasdaq: SXTC) closed at $2.79 apiece Monday, soaring 19 percent, after its announcement of receiving a Certificate of GMP (Good Manufacturing Practice) for pharmaceutical products by the Food and Drug Administration of Jiangsu Province, China.

The on-site examination was conducted in accordance with government regulations, China SXT, which makes traditional Chinese medicine pieces (TCMP), said in a statement today. The Certificate of GMP became effective on August 5 and is valid for five years.

The new credential renews the previous certificate for the company's regular, fine and directly-oral TCMP manufacturing. It also includes the company's high-electron electron beam sterilization method and new after-soaking-oral TCMP classification, which would be the first in the TCMP industry nationwide, the company said.

The company's stock was also boosted by its recent announcement of strategic partnerships with Haoxiangni (SZ: 002582), one of China's largest producers for healthy food. China SXT would benefit from such partnerships in upgrading its TCMP manufacturing and attracting consumers who are increasingly aware of a healthy life, according to industry analysts in China.

China SXT Pharmaceuticals, founded in 2005 and based in Taizhou City of Jiangsu Province,  is a pharmaceutical company focusing on the research, development, manufacturing, marketing and sales of traditional Chinese medicine pieces.

The company completed its initial public offering in December 2018, selling 25 million ADSs at $4 per share. Boustead Securities LLC acted as the sole underwriter on the deal.