The make of polysilicon for solar panels suffered setbacks during the second quarter, but the leader of the company expects a turnaround this year. 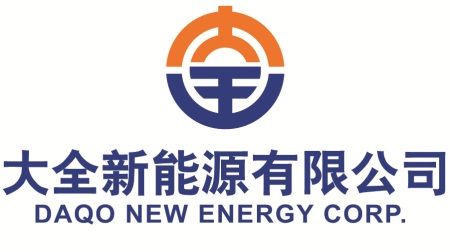 The stock of Daqo New Energy Corp. (NYSE: DQ) plummeted 7 percent Wednesday, to $39.66 per share, after it posted losses and lower-than-expected revenue for the second quarter.

The Shihezi-based company listed its revenue at $66 million in the three months through June, representing a decrease of 19 percent from the first quarter and an increase of 5 percent year-over-year.

Longgen Zhang, the chief executive officer of Daqo, said the company, which makes high-purity polysilicon and wafers for solar panels, struggled in the second quarter.

"The second quarter of 2019 was a challenging time for polysilicon industry as prices dropped to their lowest levels in history, particularly for multi-grade products," Zhang said in a statement on Wednesday.

He continued, "We believe that polysilicon supply and demand will balance out and begin to improve when Chinese project developers begin to place orders by the end of the third quarter."

Zhang added that the government recently approved subsidies on 22.8 GW of solar projects. He said that would lead China to install approximately 40 GW to 45 GW of new solar projects this year.

Zhang also said the production volume temporarily declined due to the annual maintenance at the company's facilities. The project was intended to upgrade several old CVD furnaces with improved technology, the company said.

Looking ahead, the company said it anticipates to produce between 9,200 MT and 9,500 MT of polysilicon and sell between 9,000 MT and 9,300 MT during the third quarter.

The solar industry has been among those affected in the tariff war between Beijing and Washington. In May, U.S. President Donald Trump increased the tariffs on imports in that sector from 10 to 25 percent, practically turning Chinese solar panel makers away from the U.S. market.