The company's secondary businesses in cloud computing and delivery made up for the slowing e-commerce sector. 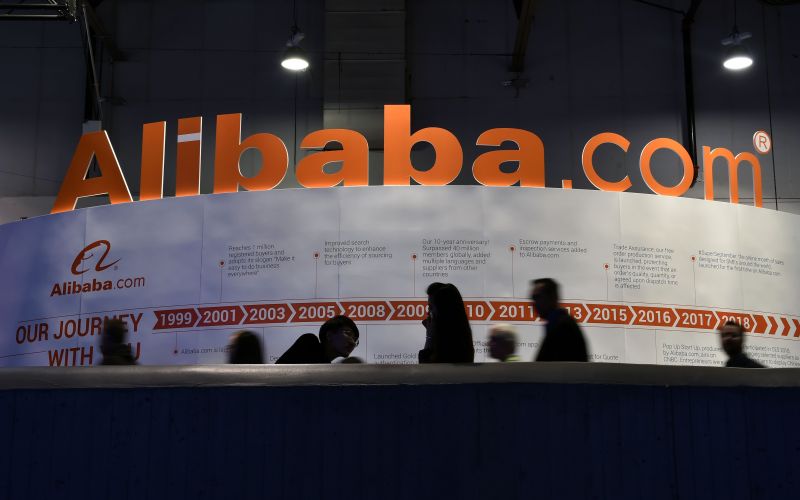 Alibaba reported revenue of $16.3 billion for the three months through June, at an increase of 42 percent from a year ago, thanks to significant growth in its unprofitable businesses like food delivery and cloud services.

Revenues at its cloud computing business rose 66 percent, while revenue at Alibaba's core businesses, online marketplaces Taobao and Tmall, increased 26 percent year-over-year, according to the report. The company said the GMV of physical goods sold on Tmall, excluding unpaid orders, was up 38 percent year-over-year. 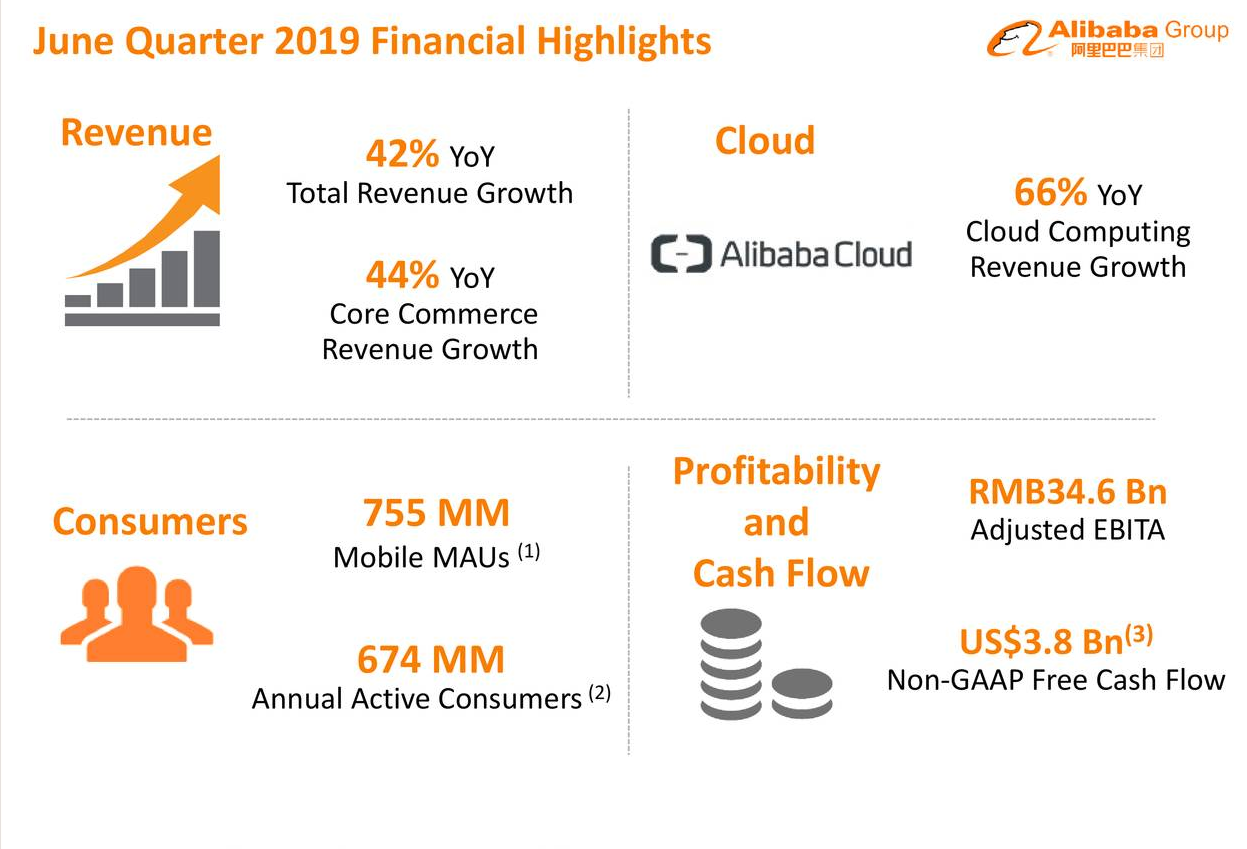 Net income attributable to ordinary shareholders was $3.02 million, or $1.17 per share, it said, up 56 percent year-over-year.

"We will continue to expand our customer base, increase operating efficiency and deliver robust growth. With strong cash flow from our core commerce business, we will continue to invest in technology and bring digital transformation to millions of businesses globally," Daniel Zhang, the chief executive officer of Alibaba, said in a statement today.

The company said it saw increased sales from less developed areas of China during the second quarter. Among other things, the 6.18 Mid-Year Shopping Festival helped Alibaba reach record sales.

Operating profit rose 27 percent from a year ago, the company reported.

Maggie Wu, the chief financial officer of Alibaba Group, said, "We are pleased to see sustained user engagement and consumer spending across our platforms. We continue to invest for long-term growth while at the same time gaining cost efficiencies in our investment areas."

Alibaba has been diversifying into cloud computing and digital entertainment as growth at its massive core e-commerce business slows, and has made major management changes.

Zhang is expected to formally take over founder Jack Ma's position as chairman in September, while the Chinese behemoth has put Maggie Wu in charge of its strategic investments unit.

It has also expanded its brick-and-mortar Hema stores, to 150 by the end of the June quarter. In June, Alibaba said the stores would operate as a standalone business unit.

Alibaba is planning a secondary listing in Hong Kong according to sources, to replenish a war chest that has been diminished by investments to subdue threats from rivals such as food delivery firm Meituan.

Reuters reported in June that the company had confidentially filed for an IPO in the city that could raise up to $20 billion.