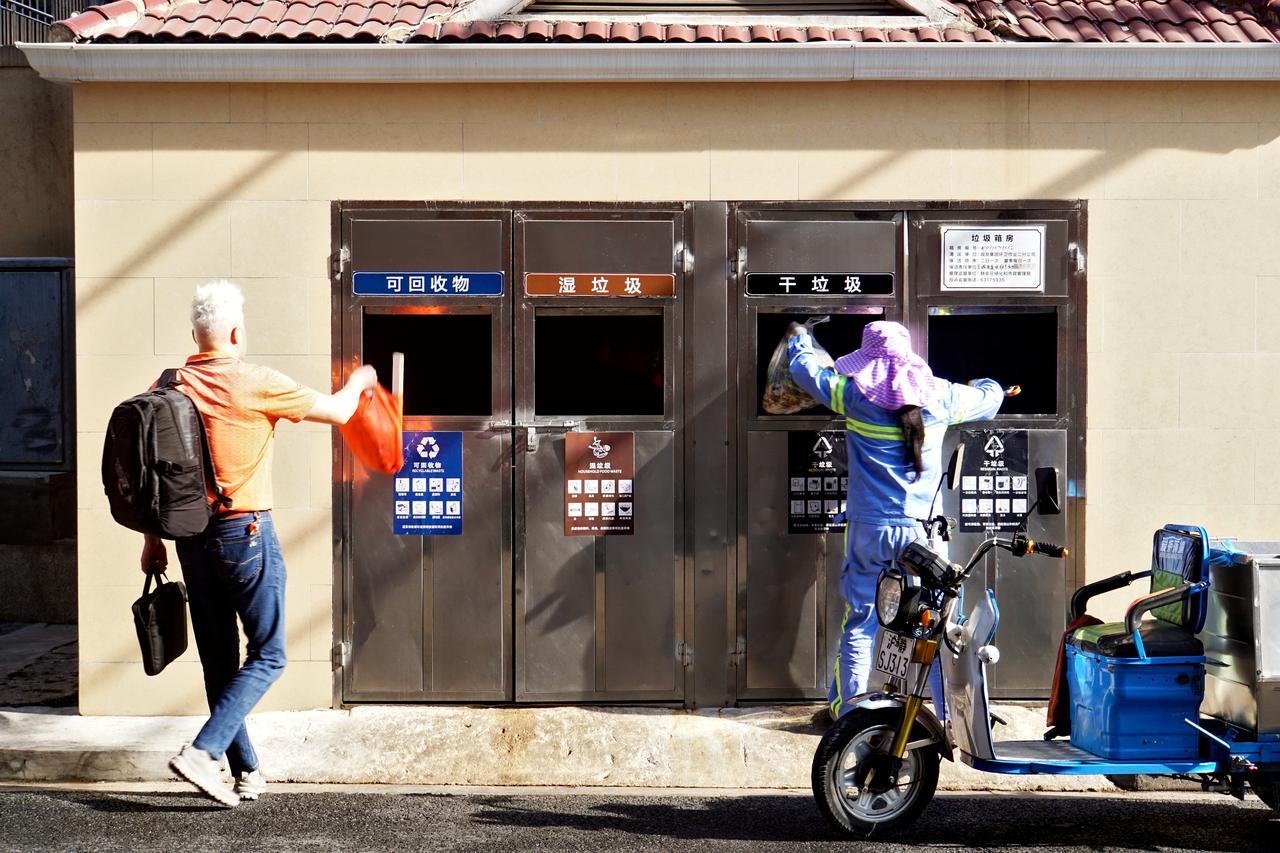 In a country with a reputation for lack of innovation, consumers are reaping the benefits of indigenous mobile apps that are sprouting up for almost anything you can think of.

And like so many other things in China, there’s an app for that. Actually, there are hundreds of apps to help people sort their garbage. Confusion reigned in Shanghai this spring, when the garbage-sorting rules were put forth.

With that kind of detail, people are turning to apps, with which they’ve grown quite comfortable as they become more and more essential for everyday living. Alipay, one of China’s two dominant mobile pay platforms, alone has built more than 70 apps related to garbage sorting, according to Quartz.

One of them uses the same artificial intelligence technology that lies behind facial-recognition software and adapts it to trash, Quartz reported last month. Users photograph the waste item with their smartphones, and the app tells them which category the trash belongs to.

Alipay, which was developed by e-commerce giant Alibaba (NYSE: BABA), is hardly alone. Rival JD.com (Nasdaq: JD) also runs garbage-sorting apps, including one where users can speak to it and simply ask where an item goes.

The popular QQ browser made by Tencent (HKEX: 0700) has an embedded app that, according to Shanghai Daily, can recognize more than 400 kinds of waste through a smartphone and tell you which bin to put it in.

Together with efforts by city officials, the apps are being used to great effect as Shanghai’s districts – each with millions of residents - engage in a friendly competition to see who can reduce food waste the most. Recycling is becoming the “in” thing to do – a big cultural change in China’s biggest city.

“I think it can be helpful,” Angela Hu, a journalist in Shanghai who has written about the recycling program, told me via the WeChat messaging app: “You can use it if you are confused about which category your items belong to.”

That, apparently, is a lot of people. On Thursday, Alipay announced strong monthly performances from some of its trash-sorting apps. Six such programs had over 1 million monthly active users in July, and another dozen similar apps reported more than 500,000 monthly active users, Caixin reported.

While Shanghai is first out the gate, some 45 other cities in China, including Beijing, are expected to have mandatory trash-sorting programs in place by the end of next year. In China’s capital city, some neighborhoods aren’t waiting and the tech companies are ready.

The Global Times reports a community in Beijing’s Xicheng District is using facial-recognition technology in Tencent’s ubiquitous WeChat app. Dubbed Qingyunfu, the app allows residents to open bins for different classifications of garbage. They can earn points for each successful classifying of the trash, then exchange those points for household products.

Apps will be needed in individual cities because each program is being developed independently. Eventually there may be a national standard, but for now Beijing is going to create six trash categories – kitchen waste, metals, textiles, paper, plastics and other, the Global Times said.

As the nation’s pilot, Shanghai is leading the way.

“If we say China is now classifying its waste, then it’s Shanghai that is really doing it,” Chen Liwen, a veteran environmentalist who has worked for non-governmental organizations devoted to waste classification for the past decade, told the South China Morning Post.

“It’s starting late, compared with the U.S., Japan or Taiwan, but if it’s successful in such a megacity with such a huge population, it will mean a lot for the world,” she said.

And lurking behind that success will be innovative apps that keep emerging from China’s consumer-oriented tech companies.