The Chinese search engine giant posted better-than-expected financials for the second quarter and said it will provide cloud services in Singapore. 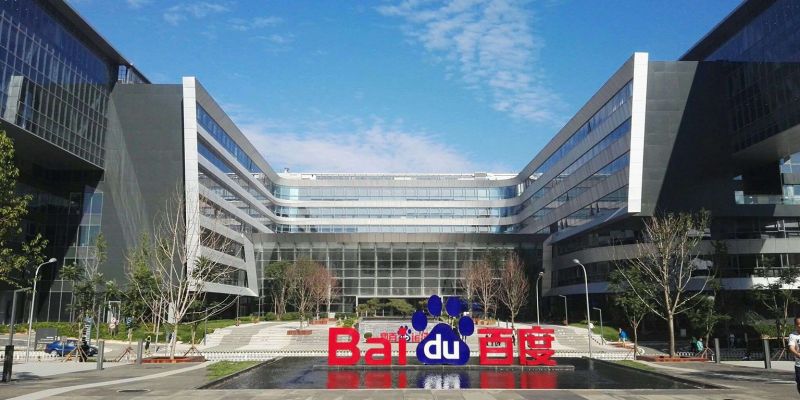 Baidu Inc. (Nasdaq: BIDU) posted higher-than-expected revenue for the second quarter on Monday and announced that it has launched cloud services in Singapore to offer support to local businesses and international Chinese enterprises.

In a statement after markets closed, Baidu reported revenue of $3.73 billion for the three months through June, up 1 percent year-over-year. Revenue from its core business rose 12 percent from a year ago, it said.

Its net income was $351 million, or 96 cents per share, in the second quarter, down 79 percent, the search engine giant reported.

Robin Li, the chairman and chief executive officer of Baidu, said in the statement, "Our focus on strengthening Baidu's mobile ecosystem through knowledge-based content, BJH accounts, smart mini-programs and managed pages on Baidu's platform is translating into better user experience, stronger traffic growth, and, we believe, ultimately higher conversion for our customers."

The company also announced it plans to provide computing, security, storage, networking, database and system management services in Singapore. In the future, Baidu said it will launch additional services with AI cloud and open up one after another around the world. 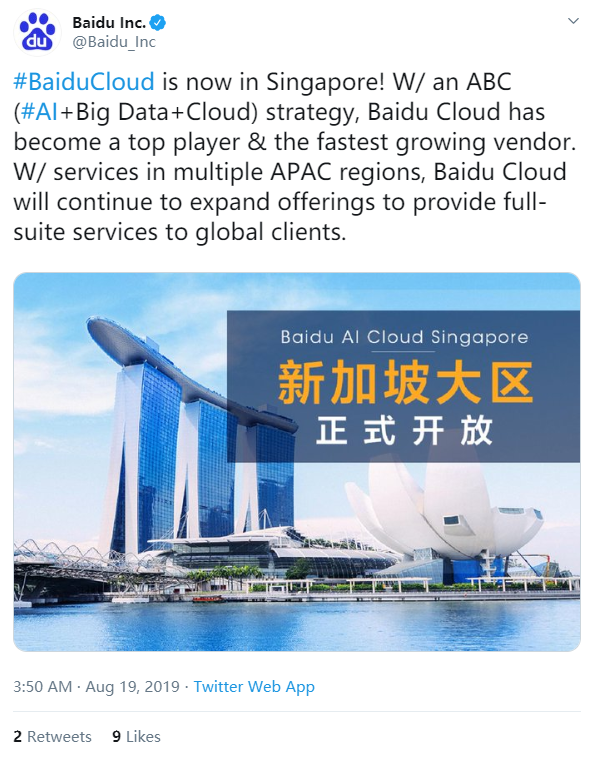 Baidu stated that its AI cloud services have received certification from authorities in Singapore and will provide cloud services to Chinese companies in the online gaming industry, internet and financial sectors that use the country as its operational hub.

According to reports from Canalys in the U.K. and Synergy Research in the U.S., Baidu AI cloud ranks fourth in China's AI cloud market. At present, its infrastructure covers a number of locations in the Asia Pacific region.

Shares in Baidu rose nearly 8 percent on Monday, closing at $104.22 apiece. In after-hours trading, boosted by financial results, its stock gained an additional 8 percent to $113 per ADS.

For the third quarter, Baidu said it expects to generate revenue of between $3.84 billion and $4.07 billion, representing a change of between -5 to +1 percent year-over-year.