The music giant sublicensed songs to smaller rivals after acquiring rights to the catalogs of Warner, Sony and Universal, which has come under scrutiny by Chinese authorities, as reported by Bloomberg. 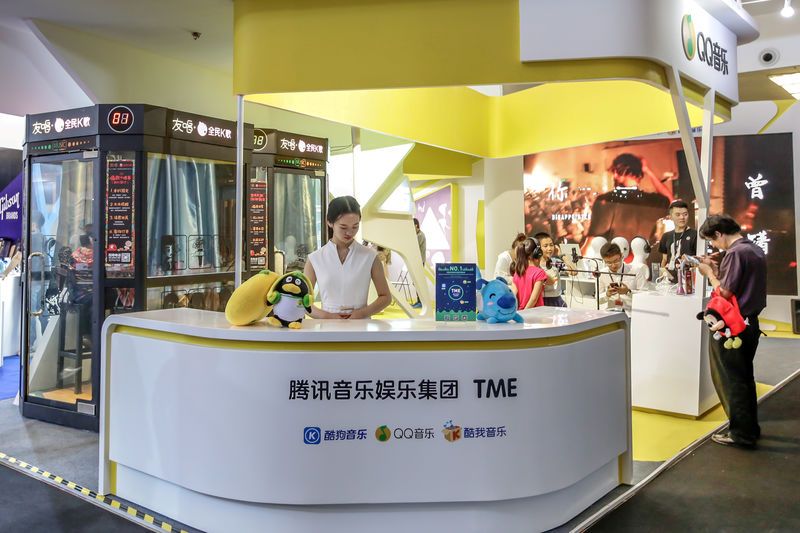 The stock of Tencent Music Entertainment Group (NYSE: TME) rebounded partially on Wednesday morning from the five-month low it hit on news of an antitrust investigation into the company's exclusive licensing deals with record labels.

TME has acquired exclusive rights for a number of the record labels' catalogs, then sold some content to other music and video platforms, including those operated by Alibaba Group Holding Ltd. (NYSE: BABA), Baidu Inc. (Nasdaq: BIDU), NetEase Inc. (Nasdaq: NTES) and ByteDance Inc., according to Bloomberg. The rivaling platforms thus pay twice as much for content than they would if purchasing directly from record labels, the report said.

The probe by China's State Administration of Market Regulation into TME, which launched in January, Bloomberg said, may threaten Tencent's dominance in the domestic music market.

The giant operates music and karaoke apps QQ Music, WeSing, KuGou and Kuwo. It became publicly traded in New York in December, raising $1.1 billion for its American depositary shares priced at $13 each.

Shares in TME recovered Wednesday morning to $12.99 per share, up more than 3 percent from yesterday's close.

YOU MAY LIKE
Prev：JD.com Increases Stake in Online Retailer Vipshop to 7.6% Next：Insurance Facilitator Huize Eyes $150 Million IPO in New York