Pinduoduo ranked as the fifth-largest internet company in China in terms of market value, surpassing Baidu. 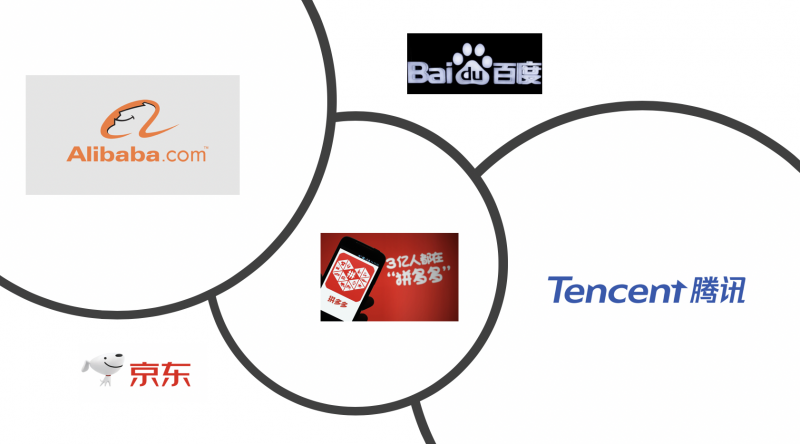 Shares in Pinduoduo Inc. (Nasdaq: PDD) have been riding up since the company posted strong earnings last Wednesday, enabling it to replace Baidu Inc. (Nasdaq: BIDU) in the top five most valuable internet companies in China.

The Shanghai-based discounter platform saw its stock hit its peak of $33.88 per American depositary share Thursday. Today, it settled to close at $32.77 per ADS. The market cap of Pinduoduo totaled $38.1 billion, slightly outweighing Baidu's $36 billion as of Friday.

The e-commerce company announced its gross merchandise volume has climbed to $103.3 billion in the year ended June, up 171 percent from a year ago, which drew growing interest from Wall Street investors.

Pinduoduo, which operates a platform similar to Groupon, said in the statement that its revenue reached $1.1 billion in the second quarter, representing an increase of 169 percent from a year ago. It reported narrowed loss of $146.1 million, or 12 cents per ADS, in the second quarter, which dropped 85 percent year-over-year.

A number of analysts noted Pinduoduo's performance in the second quarter. Benchmark analyst Fawne Jiang raised the price target to $39 from $28 per share, maintaining a "buy" rating and citing the "substantial reacceleration of user growth" and strategies that could increase monetization in the future. Analyst Hans Chun in KeyBanc Capital Markets Inc. raised its price target from $32 to $40 per ADS.

Launched by the former Google engineer in 2015, Pinduoduo became a publicly traded company in July 2018, raising a massive $1.6 billion in its initial public offering with backing from investors including Tencent.