COMMENTARY: U.S. Companies Not Heading for the Exits in China

In the face of Trump’s incessant exhortations and exaggerated claims, firms say they are holding up well despite damage inflicted by the trade war. 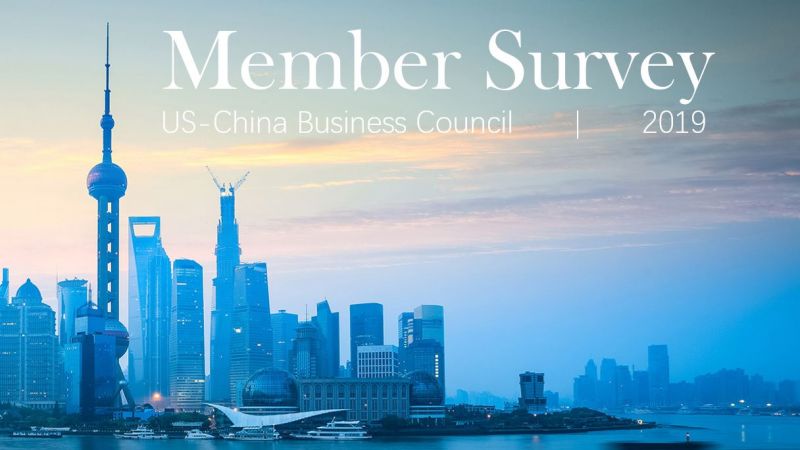 To the surprise of almost no one who really knows the multinational business scene in China, American companies overwhelmingly are staying put despite the tariffs and trade war. This information comes courtesy of a survey just released by the U.S.-China Business Council. It shows that 87 percent of U.S. firms have no plan to exit China despite President Trump's recent (and toothless) edict that they get out.

The council represents some 200 American companies doing business on the ground across mainland China. As much as any organization, the USCBC has its finger on the pulse of commercial sentiment among foreigners in the Middle Kingdom.

Even among those that do plan to move operations, few are headed back to the U.S., which is what Trump claims whenever he ramps up his trade war rhetoric. Instead, they are three times more likely to move to a third country than make a return to the U.S.

Companies also are reporting decent profits, with the number of those reaping greater earnings in China than their overall global results increasing to 46 percent this year from 38 percent in 2018, according to the survey.

All this undercuts the Trump fiction that the trade war will induce U.S. companies to return manufacturing home. Instead, it's harming American companies, which say they could be doing even better without the trade war.

"U.S.-China trade friction is negatively impacting U.S. companies operating in China," the council says in its introduction, citing that as the top theme borne out in its member survey.

The survey showed other trends that buck key contentions of the hardline Trump trade team. For one, technology transfers ranked 24th out of 27 concerns companies face in the China market.

Additionally, Made in China 2025, the country's big technology push that Trump is trying to thwart, has "had limited impact on the majority of American companies surveyed" and there's been a near doubling of the number of firms "indicating that MIC 2025 offered positive opportunities for their business in 2019."

Further, companies were unanimous in their contention that intellectual property protection had improved or remained the same since last year, even though they had strong concerns about IPR enforcement.

Those who listen only to the Trump team's incessant bombast will no doubt be stunned to hear that American companies aren't running for the exits in China. Quite the contrary.

The USCBC represents companies large and small – from Pfizer (NYSE: PFE) and Bank of America (NYSE: BAC) to Illumina (Nasdaq: ILMN), a San Diego health-care diagnostics and research company. Rather than retreating, many big U.S. firms are going all-in for the long haul in China.

Tesla (Nasdaq:TSLA) is building a $2 billion factory, known as Gigafactory 3, which reportedly will start cranking out Model 3 sedans this fall for China's high-demand electric car market. And Apple (Nasdaq: AAPL) is reported to be contracting with China's BOE Display Co. to build OLED panels. BOE is committing to build a separate factory in Sichuan Province dedicated to Apple under a long-term contract.

Though American companies are reporting growing profits in the face of the trade war, they are expressing concern. Only a slight majority are forecasting revenue growth in 2020, for example, which is down 26 percent from 2018.

This shows that "tariff uncertainty, the trade conflict, and a deteriorating market environment are negatively affecting the business outlook for American companies," the council said in its report.

Companies report a continuing unlevel playing field, where Chinese firms get favorable treatment over foreign businesses – a longstanding complaint. The problem is that Trump's tariffs and tirades aren't doing a bit of good, and in fact are starting to backfire.

Hopes for Calming Down

Stock markets rose at the end of this week on optimism about the U.S.-China standoff when both sides announced trade talks would resume in early October. Some of the language regarding "meaningful progress" was more optimistic than anything since May, when talks broke off suddenly.

But the two sides remain so far apart on the basic issues that a real breakthrough seems highly unlikely.

"Neither China nor the U.S. want to be blamed by the rest of world for escalating the trade war and damaging the world economy," Zhou Xiaoming, a former Commerce Ministry official and diplomat, told Bloomberg News. "But the talks don't mean the two sides will inch closer or that their stances soften."

The best that can be hoped for is a calming down, as the Chinese side is preaching, and perhaps a delay in new tariffs Trump has promised to tack on at the beginning of October and in mid-December.

YOU MAY LIKE
Prev：COMMENTARY: Costco’s Big Debut in China – Is It a Harbinger? Next：COMMENTARY: Small, Conciliatory Moves in Trade War Don’t Signal Breakthrough