Huawei Fights Back Amid Race to 5G Power

The report by the Washington Post has fueled calls for more measures against the tech giant on the concerns of national security. 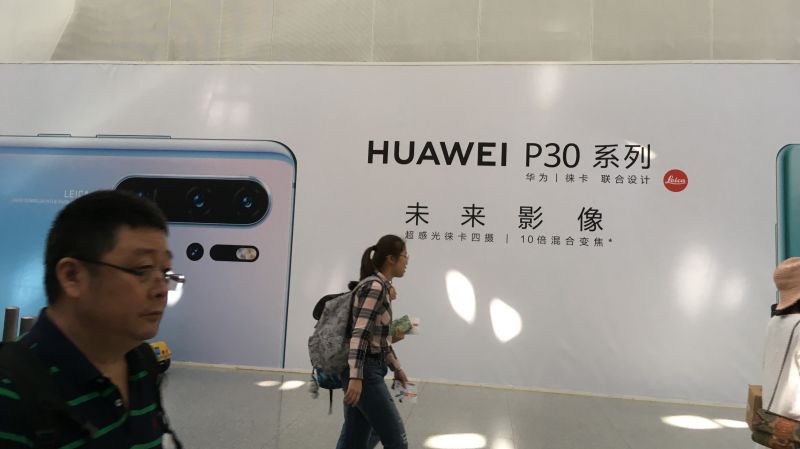 As China propels ahead in the 5G race, a company at the forefront of the crusade, Huawei Technologies Co., recently accused the U.S. of "using every tool" it can to hinder its business. Among other things, the trouble-ridden tech giant claimed the U.S. used cyberattacks on its networks and sent law enforcement to the homes of its employees.

While Huawei did not provide evidence in its press release which described the attacks, its claims seem to be in-line with the campaign that the Trump administration has unleashed against the company. The U.S. President has carried out a series of back-and-forths on banning Huawei from American suppliers after basically cutting off the giant from the U.S. electronics markets.

Asked about Huawei's accusations, Nathaniel Snyder, a senior advisor at CGA, wrote in an email to CapitalWatch, "This is unfortunately a distraction and does not erase the fact that Huawei has helped Iran, Syria, and North Korea establish their networks, aided in the crackdown of the Uygur population, likely aided in the crackdown of protestors in Hong Kong, enables the use of disinformation by the Chinese Government, built back doors into European networks, and as recently reported, had Huawei technicians aid in the targeting and spying of political leaders in Uganda and Zambia. The behavior from Huawei is clear and cannot be trusted."

The Washington Post published a report in July where it said that Huawei has been secretly doing business with North Korea, Syria and Iran, citing leaked documents provided by an unnamed former Huawei employee. While Washington has previously charged Huawei for bypassing its export control sanctions and selling U.S. products to Iran and investigated Huawei's ties to North Korea, the report fueled heated debates and calls for more measures against the tech giant.

Washington has long scrutinized Huawei on national security grounds. The concerns have also been supported by China's National Intelligence Law, which came into effect in July 2017, Article 7, on the obligation of Chinese citizens to support national intelligence work. Huawei's top management, in turn, has always denied the company's sharing information with Beijing.

Snyder said, "Allowing Huawei to build 5G with lock-in equipment that prevents other vendors from co-developing the network would jeopardize network security and could lead to vulnerabilities that would negatively impact intelligence sharing, privacy and the Internet of Things through network disruption."

He added, "When mapping out the 5G future, Huawei should be avoided or, at the very least, required to make its 5G gear interoperable so other technology vendors can co-build the network and help find and fix security issues."