PERSPECTIVE: China is Ripe for a National Digital Currency

Digital currency is becoming a way of life in China, and governments that choose to utilize digital currency may face unexpected consequences during a transition to digital cash and the continuing surveillance that likely comes with that. 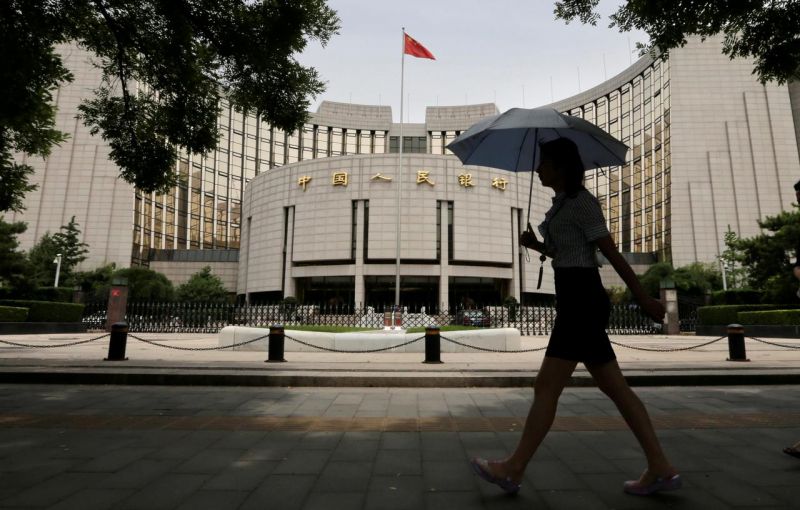 It is not a secret that the People's Bank of China (PBOC) is planning a digital RMB also known as the central bank digital currency (CBDC). We covered in a previous article how this desire might have found its impetus in Facebook's Libra.

"I believe that if America does not lead innovation in the digital currency and payments area, others will," David Marcus, the head of Libra told the members of the House Financial Services Committee in prepared testimony on July 17.

China has been working on a national digital currency since 2014 (over the past year alone, the PBOC's Digital Currency Research Institute has filed over 40 patent applications related to the technology infrastructure for electronic money), but Marcus' words put a timer on the PBoC.

The reason being is that if Libra, representing an American power, can roll out ahead of the digital RMB and establish itself in Asia, it would shake China's stance in the global financial order. So, to counter Libra, China has pushed aggressively forward to be the first nation to issue a sovereign digital currency, So, here is what the PBoC has come up with for the CBDC: a digital coin backed 1:1 to the renminbi operating within a two-tier system connecting the central bank, the commercial banks and the people.

The first layer is where the central bank issues currency and redemption and the second layer is where commercial banks operate within the retail landscape. This framework institutes a digital currency, but does not subvert the country's existing monetary system, and, already, the CBDC has a leg up on Libra because the former is being issued by the government rather than corporation or committee, it has status as legal tender (making the CBDC's success a distribution issue and not an adoption issue like Libra could face).

There are additional considerations to justify the adoption of the CBDC besides the oncoming of Libra, as China could possibly save money by issuing digital currency versus paper currency (the cost of physical cash and the infrastructure that it demands have not been forthcoming, by some estimates, it can be as high as 0.5 percent of GDP). In addition, paper currency has a higher risk of money laundering and illicit activity. Lastly, the PBoC would be able to calculate the inflation rate and other macroeconomic metrics with greater accuracy.

Binance, the world's largest digital asset exchange, issued a research report on the CBDC – as it does with many new coin offerings - and they issued three strong points in their report. First, this move is a way to make the yuan more competitive against the dollar:

"By issuing a digital currency, it is believed by some analysts that the PBoC could use its CBDC to internationalize the RMB, especially in the midst of the current U.S.-China trade war."

Second, if blockchain is being used is unclear:

"Undeniably, the two-layer network supporting the CBDC targets to achieve transaction performance of "at least 300,000 transactions per second". As of today, blockchains do not achieve performances as high as the target requirement."

Third, the CBDC will not be private and could create a privacy issue around the world:

"…compared to decentralized cryptocurrencies, a highly centralized one could negatively impact financial privacy for all individuals. Several pending questions remain such as the requirement to open wallets, whether a third party could freeze assets and under what specific circumstances."

Capital flight is a key concern for the PBoC. Chinese citizens are restricted from transferring more than $50,000 out of the country per year, which is why Bitcoin is extremely popular and useful in China.

Other analysts sounded less anxious about the prospects of the CDMC. Circle CEO Jeremy Allaire believed the CDMC would immediately give China an expanded role in global economic activity, and if the PBoC were to partner with some of the homegrown tech giants, it would have a consortium of partners that could easily compete with Libra and aid in distribution. Plus, with platforms like WeChat and Alipay currently being used for online payments, China is ripe for a national digital currency.

When speaking with Reuters, Changchun Mu, deputy director of the People's Bank of China's payments department, confirmed the above national digital currency will work seamlessly with WeChat and Alipay, and that it also would work without access to an internet connection. These latter admissions from Mu seem minor, but WeChat and Alipay are ubiquitous in the Middle Kingdom, and they should be interpreted by large tech giants for what they are: pressure. Yes, Xi Jinping's government will be making sure these platforms use CDMC as they are essentially the gateway into the lives of Chinese consumers.

Digital currency is becoming a way of life in China, and governments that choose to utilize digital currency may face unexpected consequences during a transition to digital cash and the continuing surveillance that likely comes with that. If the Chinese consumer falls further in love with Bitcoin or privacy coins like Monero, it will force the PBoC to create their own, and before you consider the notion crazy, just think, the majority of users on Binance and Huobi are located in China along with the largest mining pools in the world like Bitmain and Canaan.

The Great Firewall of China and the tightening grip of transactional power the Chinese state has on its citizens might be an unusual transition on the road to tokenizing, but in the changing world of global currency, these are risks the PBoC must consider as they play the long game affecting fiat and digital currency as a unit of trade.

YOU MAY LIKE
Prev：PERSPECTIVE: An Evolution in the Chinese IPO Market Next：OBSERVATION: The Big (China) Short vs the “Black Swan”