OBSERVATION: The Big (China) Short vs the "Black Swan"

There is a famous saying in Wall Street, “Bulls make money, bears make money, and pigs get slaughtered.” It is natural for investors to be optimistic some time, and to be pessimistic some other time. For a witty and vigilant investor, regardless bearish or bullish, if one can time the entry point and the exit point masterfully and with discipline, he or she will be the profitable winner. 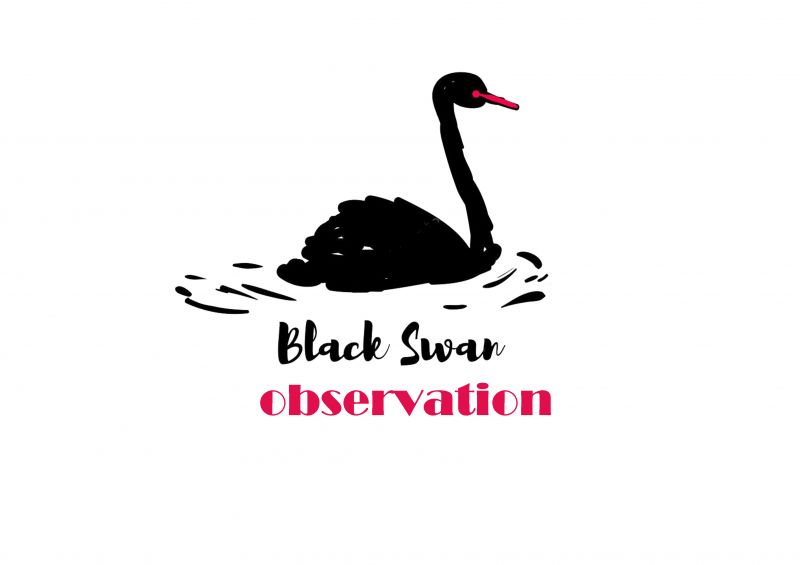 There is a famous saying in Wall Street, "Bulls make money, bears make money, and pigs get slaughtered." It is natural for investors to be optimistic some time, and to be pessimistic some other time. For a witty and vigilant investor, whether bearish or bullish, if one can time the entry point and the exit point masterfully and with discipline, he or she will be the profitable winner.

A special group of investors, however, seems to stir up the most controversies: either face the most laughter when the market is rising, or shoulder the most ridicules when the market begins to tumble. They are the so-called "perma-bears", the type of investors who consistently and persistently hold a negative view of certain market or security or stocks, and bet the market will tank, and tank badly. If the perma-bears have established a massive short position, using all kinds of leverage to maximize their pounding power, they become the ultimate "Big Short." 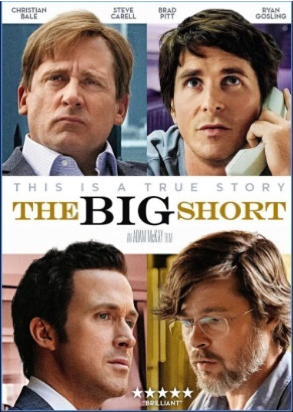 There are three kinds of Big (China) Short, who, for the last decade or so, has been shorting the China-concept stocks listed on the NYSE and Nasdaq, or the red-chip stocks listed in Hong Kong Stock Exchange, or the China-related currencies. Some of them have been hugely successful, some of them have lost a large chunk of their wealth, but all of them are adamant that they will be right and vindicated eventually.

Bass became a legendary figure in the investor community when he was only 30-something. As a sharp-minded investor, Bass noticed the unstable and unsustainable residential mortgage-backed securities (BMBS) in 2006 and began to amass a huge short position for his special fund, betting the housing bubble would burst and all the sub-prime mortgages would default as a result. The financial crisis and mortgage meltdown in 2007 and 2008 rewarded Bass with an eye-popping $4 billion profit and international fame. His short trade was voted the 3rd greatest stock market trades by the Finance Monthly and his personal story was recast in a Hollywood blockbuster, The Big Short.

Starting in July 2015, based on his theory and proposition, Bass made a multiyear bet against the Chinese currency, believing China's banking system would eventually collapse due to the massive debt. Year after year, Bass shorted Chinese Yuan with his flagship account, relentlessly and stubbornly. In the year of 2017, when the broad market and S&P surged a whopping 19%, Bass's fund suffered its worst loss of 19%. In May of 2019, when the China-U.S. trade war entered its pivotal moment of total break-through or total break-down, Bass finally threw in his towel and publicly admitted in a Bloomberg interview that he had closed out all his RMB short positions. Although he acknowledged that he was wrong in betting against the Yuan, he never said he was lost in the overall battle. In fact, he was determined to enter into another domain of heart-pumping battleground: "the political sphere". Ever since that interview, Bass has been on a mission: to expose China's human right issues and to raise Americans' awareness of China's threat to the U.S. national security.

When Carson Block, a young entrepreneur and investor founded his research-based investment firm in Shanghai, 2010, he used a Chinese proverb to name his company, Muddy Waters. (混水摸魚: "It is easy to catch fish in muddy waters.") After relocating to San Francisco the next year, Muddy Waters Research used the publicly available information to investigate the accounting problems and financial fraud of some Chinese companies listed in the U.S. and Canada stock markets. In less than two years, four of Muddy Waters' first five targets were delisted from the stock markets by the regulators.

The most renowned exposure by Muddy Waters revealed fraudulent practices at Chinese timber company Sino-Forest Corp., a Canadian-listed company valued at $5 billion while the report was released. The stock fell 74 percent afterwards before it eventually filed for bankruptcy protection in March 2012. Two years later, three executives of Sino-Forest were charged with criminal fraud by Canadian authorities. In June 2018, when Carson Block compared practices at Chinese after-school operator Tal Education to the financial fraud at Enron, the U.S.-listed shares of Tal plunged more than 15 percent during the session. In the report, Muddy Waters claimed that Tal has overstated net income by almost a half for the last two fiscal years.

Most recently, Muddy Waters took aim at Anta Sports Products Ltd., a Hong Kong-listed sportswear brand based in China. With its signature sarcasm and bluntness, Muddy Waters gave its report an eye-catching title, "Turds in the Punchbowl." "Like much of China," said Block, "these guys don't play by the rules at all." 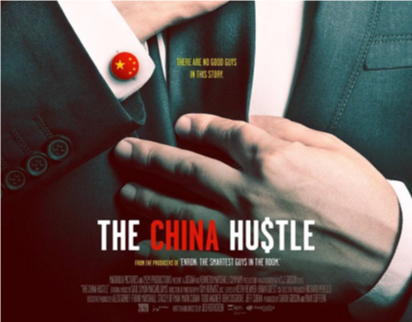 In 2017, a documentary that investigated the collusion between second- and third-tier Wall Street investment firms and small companies based in China was released to the general public via DVD and film festivals. As its title "China Hustle" indicated, this documentary exposed a fraudulent scheme that had been used by a number of Chinese companies to cheat the unsuspecting American investors. Most of the companies featured in the film were listed in New York Stock Exchange through the reverse merger fraud, where a small nondescript Chinese company (such as Orient Paper) took the shell of a defunct American company (such as Buffalo Mining) and get listed in the NYSE overnight.

In most of the cases, the actual revenues of those Chinese firms were only one-tenth of what was filled with the regulator, resulting in delisting and losses of billions of dollars to American investors. Dan David, a fund manager who first found out the fraud while doing business with these phantom firms, went to Congress to blow the alarm whistle. Nobody in the federal regulatory agencies seemed to know or care about this apparent fraud. Frustrated and enraged, David became a short seller, targeting specifically those shell-game firms and brought these houses-of-cards to the ground.

The China Hustle, although never made to the big screen movie theatres, nonetheless caught enough attention from the investor community and cast a lasting cloud over all the China-concept stocks. Mark Hughes, a contributor at Forbes called it "the most important film of the year".

For a Big Short, the "Black Swan events" are actually the "Golden Goose moment," which would lay gold eggs in their bearish-leaning portfolios. In fact, they are not only the Black Swan chasers, but also the Black Swan facilitators, even sometimes, the Black Swan creators.

Take Kyle Bass as an example. He is not only prominent front and center in many of the mainstream financial media outlets, pounding on the inherent malfunction of China's political system and financial structure, but also quite active in his own media platform: Real Vision. With the sit-down interviews with some of the big names the likes of Stephen Bannon, Mark Cuban, etc., Bass has a direct reach to his constituencies, as well as to his portfolios. It is hard to imagine that Bass's new-found mission to denounce China is purely political, especially given his newly established short position against Hong Kong's dollar.

Muddy Waters too has its own footprints all over the two-year long trade war between China and United States. In early 2018, an anonymous report disclosed suspicious activity behind an enormous aluminum stockpile in the Mexican desert. According to the evidence collected by the investigators, Chinese aluminum producer China Zhongwang Holding Ltd., as well as its founder Liu Zhongtian, were behind the secret plot to evade American tariff and taxes. The report claimed Mr. Liu and his family were involved in "the largest and most complex China fraud ever uncovered." Although never fully substantiated, this episode indirectly ushered in the first stage of the trade dispute between the United States and its major trading partners, China in particular. It turns out that Muddy Waters was the real author of this lengthy document and investigation.  According to a Wall Street Journal interview, Mr. Block said his firm made only "very small profit" from trades around China Zhongwang, but considered it "the best work we've ever done."

It would be unfair to blame the current downward spiral of U.S.-China relations upon the greedy practices of those Big Shorts. They are the sharks in a fish tank that make everybody vigilant, and they are the circling vultures that forewarn the danger and clean up the dead bodies. All in all, they are the professional investors who are most diligent and most dedicated to their rather pessimistic views. Indeed, bulls make money, bears make money, and only those lazy, greedy, and stubborn "pig" would often stand in front of a steamroller and try to pick up the last penny on the ground. For them, the Black Swan is in their own making.   [9/15/2019]

YOU MAY LIKE
Prev：PERSPECTIVE: China is Ripe for a National Digital Currency Next：PERSPECTIVE: How Libra Woke Up China’s National Cryptocurrency Ambitions