Luckin to Explore Juice Market After Coffee and Tea, Co-Branding With Louis Dreyfus

Luckin is expanding into the production of juices in collaboration with a Dutch global merchant. 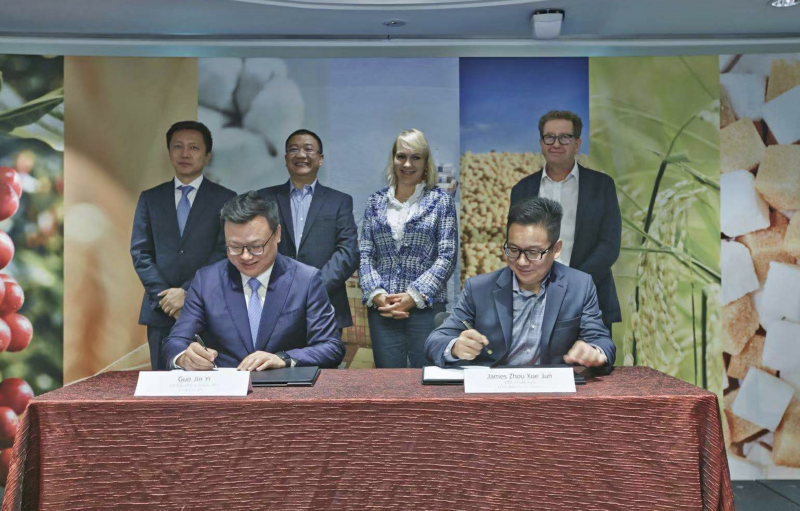 The Xiamen-based Starbucks' (Nasdaq: SBUX) challenger said it has signed an agreement in Singapore today with Louis Dreyfus to establish a joint venture to develop Luckin Juice.

"We are pleased to be partnering with one of the world's largest citrus fruit growers and juice suppliers to launch a co-branded Luckin Juice and continue our ambitious growth plans," Jinyi Guo, the senior vice president and co-founder of Luckin, said in the statement.

Under the agreement, the two companies will sell not-from-concentrate (NFC) orange, lemon and apple juices. Luckin will provide the sales channels, while Louis Dreyfus will cover the supply process from the farms to customers and eventually build its own bottling plant with other fruit and vegetable juices, according to the statement.

"This fits perfectly with our corporate strategy to move further downstream toward the end consumer, in particular through partnerships, and with our growth ambitions in China," James Zhou, the global vice president and regional head for North Asia of Louis Dreyfus Company, said.

Luckin said it is extending into production and aims to reduce costs as well as increase consumption in the near future, according to the statement.

The coffee chain recently announced it plans to delve into China's to-go tea market as soon as October and has been recruiting new business partners to kickstart its Xiaolu, or "deer," tea brand, as reported by Chinese media. While Luckin said it will not charge its merchant partners an entrance fee, a number of websites used Luckin's brand to attract merchants and charge a joining fee, in damages that accumulated to $10,000, Chongqing Journal reported.

Luckin has also taken steps recently to grow overseas. In July, the company announced its partnership with a Kuwait-based  Americana K.S.C.C. in the Middle East and India. The cooperation in coffee business with the largest food provider in the Middle East sent its stock jump more than 6% on that day.

Shares in Luckin were trading at $20.03 per American depositary share, down 1.7% on Thursday afternoon.