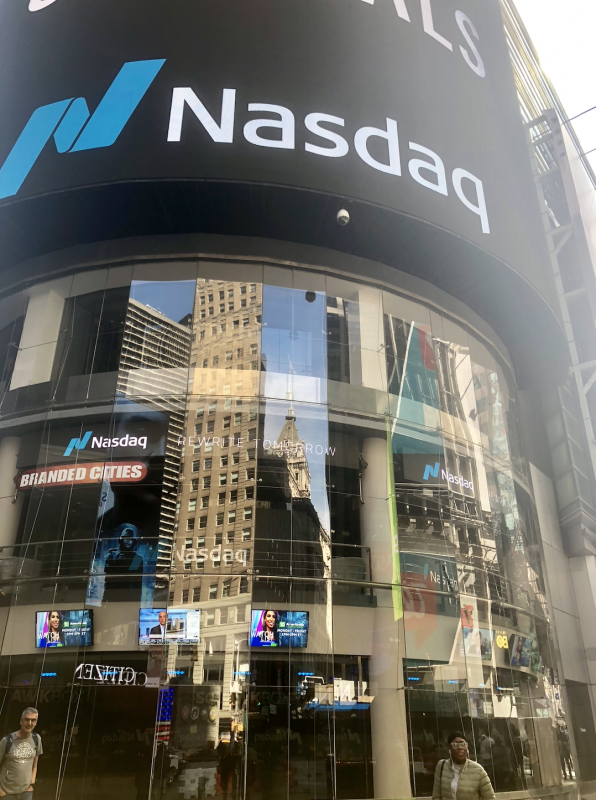 Wall Street was shaken up on Friday after news media spread reports, initiated by Bloomberg, that the Trump administration was considering imposing limits on American investments into China and delisting some Chinese companies from American stock exchanges as part of that move.

Today, top official Navarro rebuked the delisting news in a statement to CNBC.

"That story ... I've read it far more carefully than it was written," he said.

Earlier, Bob McCooey, Senior Vice President of the Nasdaq, said on his personal account on WeChat: "As all of you wake up this morning, you are probably hearing rumors of US government actions regards to Chinese companies listed or listing here in the United States. Here is what we at Nasdaq believe: One critical quality of our capital markets is that we provide non-discriminatory and fair access to all eligible companies."

He also said, "The Nasdaq team in China and I always will be supportive for Chinese issuers and the entire capital markets eco-system." 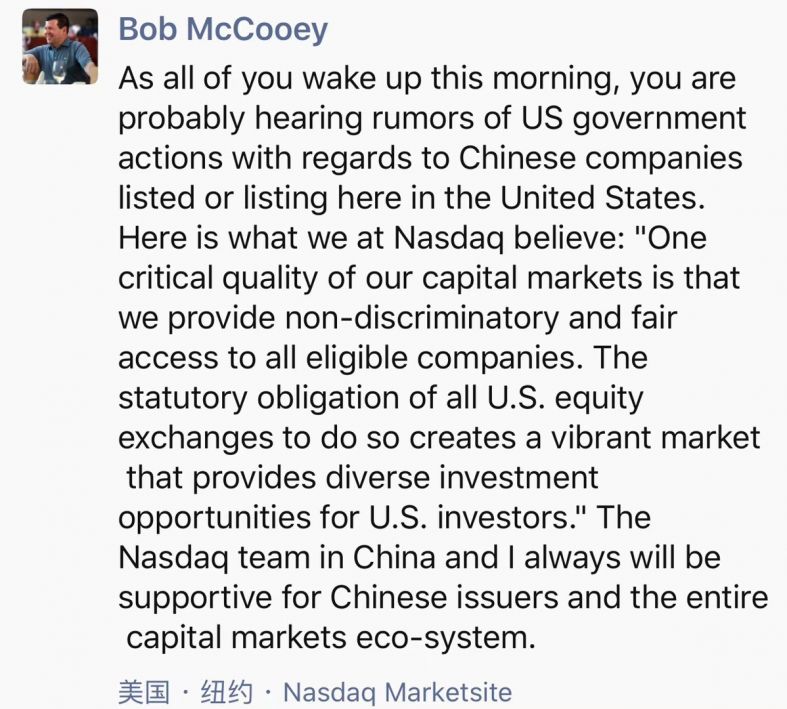 Reuters quoted Jefferies analyst on Sunday, saying: "The proposed measures would completely undermine the international (American Depository Receipt) market and would harm the U.S.'s role as a conduit for international capital."

The risk of delisting may turn Chinese companies to exchanges in Hong Kong, London and Shanghai. More than 150 Chinese firms are listed on the Nasdaq, the New York Stock Exchange and the NYSE American, with the giants Alibaba, Baidu Inc. (Nasdaq: BIDU) and JD.com Inc. (Nasdaq: JD) holding a combined $500 billion in market capitalization.

YOU MAY LIKE
Prev：Kandi Completes Transfer of 22% Equity in JV to Geely Next：Pinduoduo Closes $1 Billion Notes Offering; Stock Jumps 3%