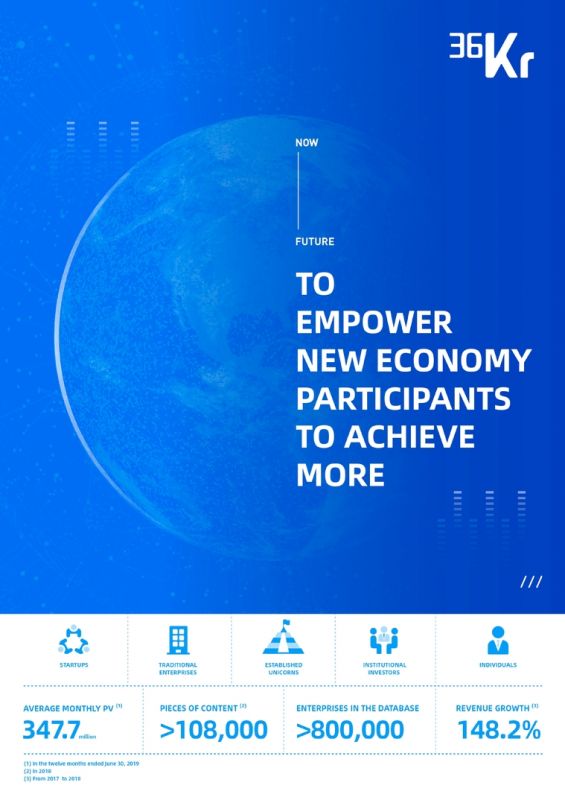 36Kr Holdings Inc. seeks to raise up to $100 million in an initial public offering in the United States.

The Beijing-based company, which provides content in business, science and technology, has filed with the U.S Securities and Exchange Commission on Monday to become publicly traded on the Nasdaq Global Select Market.

Founded in 2010, 36Kr provides industry forecasts, company overviews, investment and financial analysis, as well as macro data interpretation. Since its launch, more than 100,000 articles were published on its platform and helped about 30,000 companies gain exposure to hundreds of millions of people around the world, according to its website.

Serving enterprises in the New Economy, which use cutting-edge technology and innovation, 36kr said in its filing that the growth in the industry is "booming."

36Kr said it plans to use 20% of the proceeds from its IPO to strengthen its content offerings and expand its business service scope, 40% to grow its client base and service depth, 15% to improve its data analytics and technological capabilities and invest 25% into its workforce and other general corporate purposes, according to its filling.

This year, Chinese companies have raised $2.8 billion in IPOs this year, Bloomberg reported.