An 18-years-old protester in Hong Kong was shot in the shoulder with a live round on Tuesday, marking an escalation of force against the demonstrators. 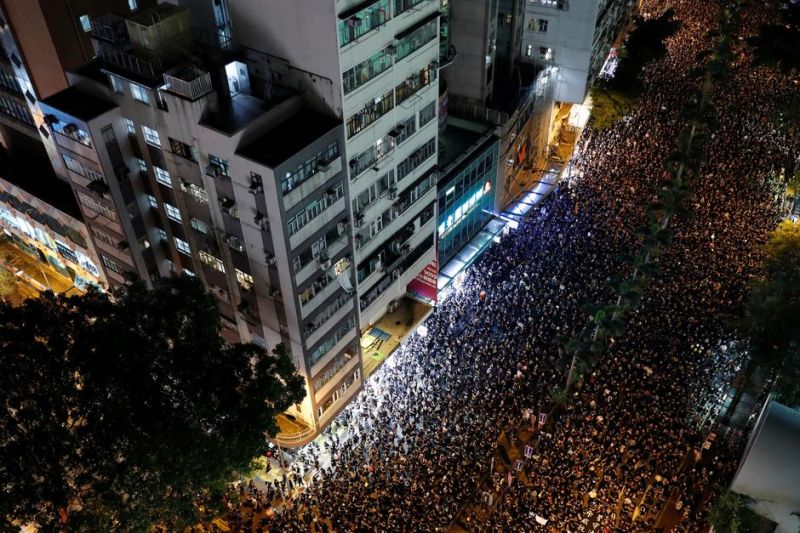 Protests erupted in violence, including a shooting, across Hong Kong on Tuesday as China celebrated 70 years of Communist Party rule.

Beijing held a military parade in celebration today, marching 164,000 soldiers from all three branches of the armed forces, led by Chinese President Xi Jinping, as reported by Sohu news.

At the same time, Hong Kong protesters defied the police ban in their own march and chanted anti-China slogans. Tens of thousands of protesters took to the streets to call for the Communist Party to "return power to the people."

In a statement on Facebook, a police spokeswoman said an 18-year-old was shot in the shoulder and has been transported to a hospital in a conscious state. According to local reports, demonstrators have previously been shot by rubber bullets, while this shooting marked the first injury from a live round, marking an escalation in the use of force.

Overall, more than 50 people were injured during the protests today, according to various reports.

The demonstrations have been ongoing since June after the proposal of a now-withdrawn extradition bill. Gradually, the protests evolved into a broader and more complex movement against Beijing.

YOU MAY LIKE
Prev：Hangzhou Tech Giants to Accept Insertion of State Officials Next：China's Markets Cap at $7.7 Trillion in September, Second-Largest After U.S.