As president clings to his notion that he holds the upper hand in the trade war, impeachment effort and changing economic fortunes are shifting the calculus. 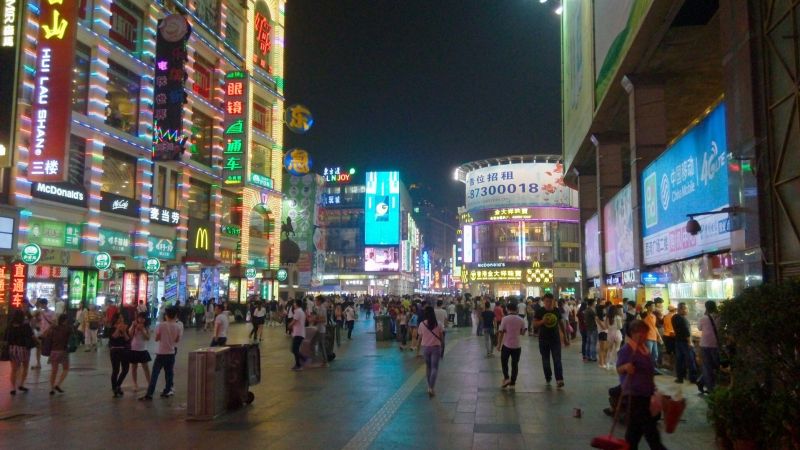 For the duration of the U.S.-China trade war, the perceived advantage has been with the American side. China's manufacturing exports to the U.S. have been hit hard, its stock market has fallen and its economy is perhaps less resilient to shocks.

Through most of the year-and-a-half-long dispute, the U.S. economy has remained relatively unscathed, and the stock market has been mostly buoyant. But events of the past week are reversing that calculus. Not only are the economic indicators changing, but President Trump's political fortunes have taken a gigantic hit amid an impeachment inquiry that appears to have legs.

For President Xi Jinping and the rest of the Chinese leadership, political considerations are essentially non-existent. Now Trump finds himself in deep political trouble and while the trade war is the least of his problems, an agreement would at least provide a lift.

Recent economic indicators only add to Trump's problems. News this week revealed that manufacturing plunged to more than a 10-year low in September, according to the widely watched monthly report from the Institute for Supply Management. This index provides a gauge of the manufacturing sector, and the institute said that new orders, production, supplier deliveries, backlog contracting and raw materials inventories all are contracting. So are imports and exports.

And while Trump continues to blame the Fed for any economic problems, these contractions clearly are a direct consequence of his tariffs. Markets took notice, with Wall Street incurring its biggest two-day loss since the volatility of last December. Trump's trade war "has sapped business confidence and undermined manufacturing," Reuters reported.

And the Wall Street Journal noted the "worsening economic conditions" in the Midwest, where it said tariffs are taking their toll on both farming and manufacturing. It noted that agricultural exports to China have fallen sharply since the start of the trade war. Trade in soybeans has practically collapsed until very recently. Trump has had to bail out farmers with tens of billions of dollars in subsidies.

China's Economy at an Upswing

Meanwhile, things are looking up in China. The country's manufacturing sector expanded at the fastest pace in more than a year and a half in September, driven by higher output and new orders, according to Caixin.

Its General Manufacturing Purchasing Managers' Index (PMI) rose to 51.4 in August, the best reading since February 2018. By contrast, the Supply Management Institute's U.S. reading was 47.8. Readings above 50 indicate growth, while those under 50 show contraction.

He predicted that limited demand from overseas will be offset by "faster construction of infrastructure projects, better implementation of upgrading the industrial sector, and tax and fee cuts" in China, and that this will "soften the downward pressure on China's economic growth."

Economies, of course, move in fits and starts and run through cycles. Some of this constitutes those normal movements. But there clearly is something more going on here, and it puts Trump on the defensive.

'Tremendous Power' Out of Hand

He has had the luxury of standing back and waiting for China to make concessions on U.S. demands for better access to its markets and an end to intellectual property theft and forced technology transfers.

He remains tethered to that position and on Thursday even doubled down on both the economics and the politics in relation to China. In an extraordinary exchange with reporters on the White House lawn, Trump noted that trade talks with China are set to resume next week.

"We're going to have a meeting with them, we'll see," he said. "But we're doing very well. I have a lot of options on China. But if they don't do what we want, we have tremendous power."

Then he said this: "And by the way, China should start an investigation into the Bidens, because what happened in China is just about as bad as what happened with Ukraine."

In that 30-second snippet, the president ignored the quickly changing economic realities, then compounded his impeachment woes by repeating out loud to China what he had said in a phone call to the leader of Ukraine – a plea for them to launch a probe of his political opponent in a bid to help him with his 2020 re-election campaign.

It's going to be fascinating to witness the dynamics during this next stage of high-level trade talks. China's Commerce Ministry said Thursday that Vice Premier Liu He will go to Washington in "early October" to meet U.S. Treasury Secretary Steven Mnuchin and U.S. Trade Representative Robert Lighthizer.

And while Trump may cling to his fantasy about "tremendous power" and "lots of options on China," you can bet that China's leaders see something else afoot.

YOU MAY LIKE
Prev：COMMENTARY: China’s Contrasts Put on Full Display This Week Next：COMMENTARY: NBA-China Clash Brings Censorship Into the Open