Last month, the London Stock Exchange swiftly turned down the offer from the HKEX. Instead, it has been making progress on the Refinitv buyout. 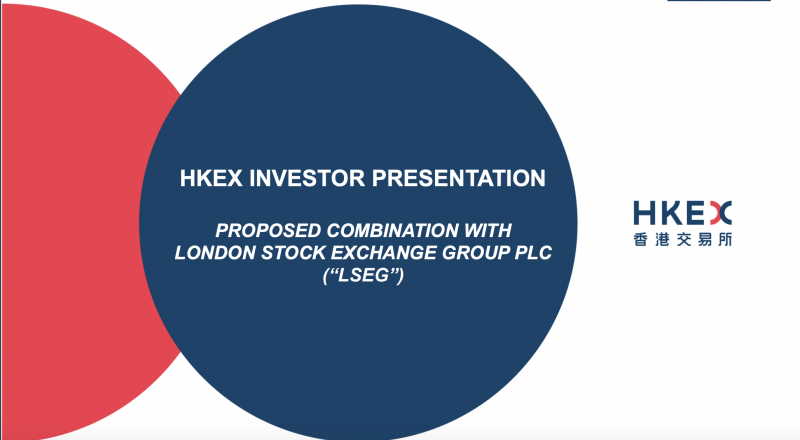 Hong Kong Exchanges & Clearing Ltd. (HKEX) announced Tuesday that it does not intend to pursue its buyout offer for the London Stock Exchange Group (LSEG ).

"Today, disappointingly, we announced our decision not to proceed with a firm offer for London Stock Exchange Group," Charles Li, the chief executive of HKEX, said on its official website.

"The strategy we set out earlier this year was underpinned by the core pillars of ‘China Anchored, Globally Connected and Technology Empowered', and these remain our focus. And we are making good progress so far," Li added.

The LSEG earlier rejected the $39 billion buyout offer from HKEX, but the latter planned to pursue the deal, as reported by various sources last month.

"The proposed combination with LSEG represents a highly compelling strategic opportunity to create a global market infrastructure leader," HKEX said in an investor presentation on Sept. 11.

Instead, the LSEG planned to buy out Refinitiv, a financial news and data provider, in a deal which it hoped would give it more presence in the United States, as well as power its expansion globally, as reported by the Guardian. The LSEG said it is making progress on the deal and hopes to close in the second half of 2020, the Guardian wrote.

YOU MAY LIKE
Prev：Nio's Stock Soars 10% on Strong Deliveries in Third Quarter Next：JinkoSolar Meets Goals in U.S., Gets Award for Jacksonville Factory