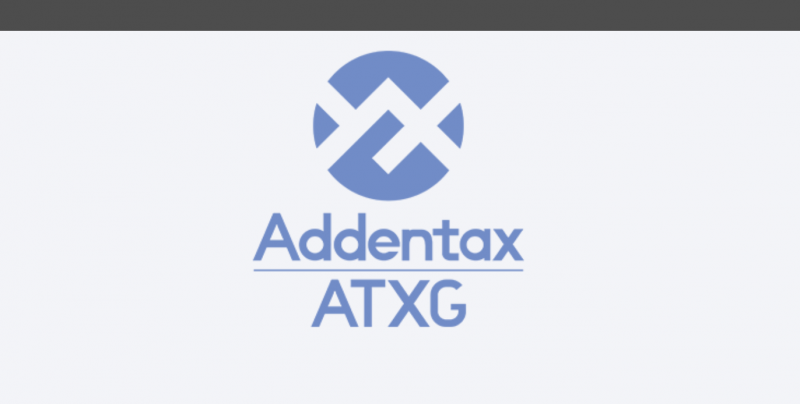 Addentax Group (ATXG) has filed to raise gross proceeds of $10 million from a U.S. IPO, according to an S-1/A registration statement.

The firm operates as a garment manufacturer and logistics service provider in China.

ATXG has produced disappointing recent topline revenue performance, has an unfocused approach, and an excessively-priced IPO.

Shenzhen, China-based Addentax was founded in 2014 to manufacture garments and provide related logistics services, primarily marketed to wholesalers in China.

Management is headed by CEO, President, and Secretary Hong Zhida, who has been with the firm since 2017 and was previously Head of Membership Department of the Guangzhou Haifeng Chamber of Commerce.

The firm's logistics services consist of delivery and courier services that cover seven provinces in China, although the firm outsources some of the business to contractors as management believes it maximizes the firm's capacity and helps maintain flexibility while reducing capital expenditures and the costs associated with keeping drivers during slow seasons.

Management intends to enter into exclusive agreements with textile and garment suppliers in the Southeast region of China to be their ‘exclusive agent' and supply their products and raw materials to the company's customers, for which, they plan on setting up several retailers for the sales of textiles and garments to retail customers and exclusively to various high-end fashion brands.

They also intend to develop their brands that focus on fast fashion and teenagers as their primary target customers, which management plans on distributing in different channels, including its own retailers, co-operative retailers, as well as franchisees.

Addentax will also expand its delivery network, which, as of the end of June 2019, provided service in more than 66 cities in seven provinces as well as two municipalities in China with 20 more logistics points planned for the second half of 2019.

If a customer is located at a location where the firm's logistics service isn't covering, Addentax outsources the delivery to contractors.

The firm sells its garments to high-end brands through a customer relationship team that is tasked with developing and maintaining the firm's relationship with customers.

According to a 2019 market research report by the Hong Kong Trade Development Council (HKTDC), citing data from Euromonitor, the garments market in China reached RMB1.57 trillion (about $220 billion) in 2018 and is projected to grow to RMB1.73 trillion (about $240 billion) by 2020.

Major firms that sell garments in China include:

Addentax' recent financial results can be summarized as follows:

ATXG intends to raise $10 million in gross proceeds from an IPO of two million shares of its common stock at a price of $5 per share, not including customary underwriter options.

Notably, the shares are not American depositary shares, which is the typical form of selling foreign shares to U.S.-based investors.

Assuming a successful IPO, the company's enterprise value at IPO would approximate $136.4 million.

Per the firm's latest filing, it plans to use the net proceeds from the IPO as follows:

Management's presentation of the company roadshow is not available.

The sole listed underwriter of the IPO is Network 1 Financial.

ATXG is another Chinese company seeking public investment capital on U.S. markets after a string of mostly disappointing performance post-IPO.

The company's financials have shown a sharp drop in total revenue, which is generally a very negative signal for an IPO.

Selling, G&A expenses as a percentage of total revenue have risen markedly, likely a function of the revenue contraction.

Management says it intends to develop a business line of supply chain consulting focused on the textile and garments industry.

While that is a related business, it is common for Chinese firms to seek to ‘diversify' their operations due to operating weakness in their primary business.

As a result, many firms operate a number of tangentially-related businesses producing mediocre outcomes.

The market opportunity for garment manufacturing is large and expected to grow at a reasonably robust rate over the next several years.

Competition in the garment industry is highly fragmented, with low barriers to entry. Additionally, the firm faces lower cost countries in Southeast Asia where labor rates can be as much as 50% cheaper than in China.

Network 1 Financial is the sole underwriter and there is no available data the firm's involvement in U.S. IPOs, if any, over the last 12-month period.

As to valuation, management is asking IPO investors to pay a Price / Sales multiple of 13.6x for a company with sharply contracting revenue.

According to an NYU Stern list of revenue multiples, basket of publicly held U.S. firms in the apparel industry commanded a Price / Sales of just 1.27x in January 2019.

Given the firm's poor recent topline revenue performance, unfocused approach, and an excessively-priced IPO, the Addentax IPO appears to have long odds.