Beijing points out the move is not a concession to the U.S. in the trade war but instead a long-planned opening that will modernize the system and help the economy. 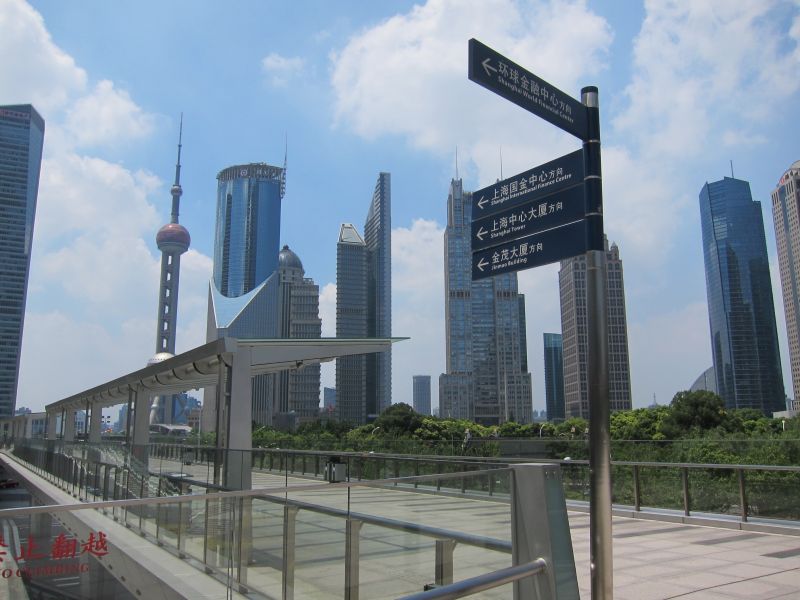 One might easily think that amid all the tensions of the trade and technology war, no progress is being made in China's reform and opening up to foreign companies. But a surprising amount is going on.

China's economic growth is slowing and debt levels preclude a big government stimulus measure. Instead, in addition to cutting taxes and streamlining regulations, Beijing is speeding up some of its reforms.

The latest case in point and a big one: financial services. A pair of announcements in the past week by the State Council, the country's top administrative body, clarified the extent to which the banking, securities and insurance sectors are being invited in from abroad.

In a long awaited move, limits on foreign ownership will be scrapped, which means financial companies like Citigroup (NYSE: C) and privately held Vanguard have a green light to enter China and set up wholly owned firms or to seize full control of their joint ventures in banking, insurance, fund management and securities before the end of 2020.

The rollout begins in January for mutual fund, securities and futures firms.

The opening of financial services is part of the pending agreement made between the U.S. and China that Presidents Donald Trump and Xi Jinping hope to sign at an economic summit next month. But the Chinese made a point of saying this opening was long planned and is not a trade war concession.

"It is undeniable that China has been under certain pressure to open up its capital market to the outside world, but it would be short-sighted to consider an accelerated opening-up as a compromise," the Communist Party organ Global Times said in an editorial Wednesday.

Taking note of China's slower growth after three decades of breakneck development, the GT said: "Now it is time for the domestic market to face competition from mature overseas markets more directly. As such, intensifying the opening-up of the financial sector is of great significance to China's financial system."

Indeed, the opening figures to solve some of the most intractable problems now plaguing China's economy. The opening "alleviates financial constraints and upgrades the financing structure of Chinese enterprises," according to a commentary from Beijing's Central University of Finance and Economics that was published by the East Asia Forum.

It called the move critical to building a modern financial system in China and urged Beijing to also devise "a more competitive tax policy framework and a more transparent regulatory regime" to guarantee the success of the financial sector opening.

Foreign Firms Prepare to Dive In

Some Western companies, meanwhile, are waiting to dive in. Reuters and Bloomberg have reported that New York-based Citigroup is planning a wholly owned securities business in China, where it established the first American bank in China in 1902.

Up to now, foreign banks could own up to 51 percent of their Chinese operations, which meant forming a joint venture or other arrangement. Now they will be able to simultaneously set up wholly owned foreign subsidiaries and branches of their international banks. Their service scope will be expanded to allow nearly the same offerings as their Chinese counterparts.

Bank of America (NYSE: BAC), JPMorgan Chase (NYSE: JPM) and Morgan Stanley (NYSE: MS) are among the big U.S. banking firms already established in China, and they will be free to compete on their own with Chinese behemoths such as ICBC (HKEX: 1398), China Construction Bank (HKEX: 0939) and Agricultural Bank of China (HKEX: 1288) – the three largest banks in the world.

The securities deregulation will be effective Dec. 1, 2020, and Citi will be among the first foreign banks to set up a wholly owned securities firm in China if its plan materializes, Reuters reported. The Chinese Securities Regulatory Commission said it expects to start accepting applications in the second quarter of next year for securities business licenses.

Media reports previously have said that among insurance companies, Prudential (NYSE: PRU), Italy's Generali (MI: G) and Hong Kong-based AIA Group (HKEX: 1299) are negotiating with Chinese authorities to jump in to compete with the likes of Ping'an (OTC: PNGAY) and China Pacific (HKEX: 2601).

Financial services companies have long waited for this moment. In a report last month, a Chinese think tank projected that the nation's consumer finance sector will grow rapidly for at least the next five years. The National Institution for Finance and Development noted that "the acquisition rate of consumer finance services in China is relatively low, as nearly 40 percent of adults had never had access to these services (as of) 2017."

If the authorities in Beijing are serious about the need to create competition in this sector to boost the economy, they won't dither in writing the implementing regulations. That's a common hang-up after laws are passed in China, and foreign companies sometimes must wait years after the initial laws are released before they can actually do business.

YOU MAY LIKE
Prev：COMMENTARY: NBA-China Clash Brings Censorship Into the Open Next：Yousheng Feng: Many firms are destined to fail | iAsk Top Leaders