"We finally clearly see the impact of the trade war and lack of real response of the Chinese economy to stimulus. I think the number is worrisome for 2020 unless China takes some big action," Chief Economist of Natixis, Alicia Garcia Herrero, said. 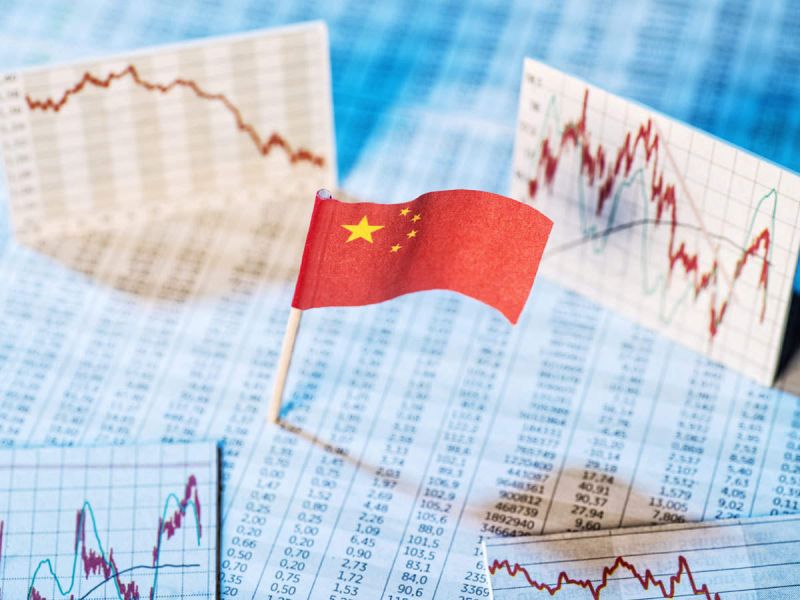 China released third-quarter GDP figures on Friday, showing a year-on-year growth of only 6.0%, slower than expected. That marked the slowest pace since the first quarter of 1992, the earliest quarterly data on record.

China and the United States, the two economic giants, have been embroiled in a trade war for more than a year, with the latest round of trade talks ending late last week in Washington. The negotiations resulted in an indefinite postponement on the U.S. tariff increase from 25% to 30% on $250 billion in Chinese imports that were set to go into effect on October 15. No changes were announced on the next scheduled round of tariffs expected to kick off on December 15.

The outbreak of the Sino-U.S. trade war has affected China's export and domestic demand, resulting in weak domestic and foreign demand. Another problem is a slowdown in infrastructure investment and a slowdown in venture capital flow. The combination of internal and external factors has led to the downturn in China's economic growth.

In this week's report, the International Monetary Fund (IMF) lowered its forecast for global economic growth in 2019 to 3%, the lowest level since the 2008-2009 financial crisis, as reported by the South China Morning Post.

There are limited measures that the Chinese government can take to cope with the slowdown. Chief researcher of Daiwa Institute of research in Tokyo, Naoto Saito, said, "One is more infrastructure spending. This will be made possible by fiscal spending, especially by local governments. The other one would be consumption stimulus." In other words, rely on fiscal stimulus and financing, huge tax cuts and local government bonds to fund infrastructure projects, as well as stimulating bank lending, as reported by Reuters.

China has also released some encouraging figures compared with the overall GDP lower than expected. According to the data of the National Bureau of statistics, China's industrial output rose 5.8% in September, higher than anticipated. Fixed asset investment grew 5.4% from January to September, matching expectations. Retail sales rose 7.8% year-on-year last month, in line with expectations. In September, the national urban unemployment rate was 5.2%, the same as last month.

Overall, in the first three quarters of this year, China's economic growth rate fell by 0.2% every quarter. China is facing a very serious situation. Global economic growth is slowing down, external instability factors are increasing, and domestic financial downward pressure is higher. Policymakers need to roll out more active measures to meet Beijing's official growth target for 2019, which is 6% to 6.5%.