Kim Kardashian has her own official account on this app to help promote her makeup line, KKW. 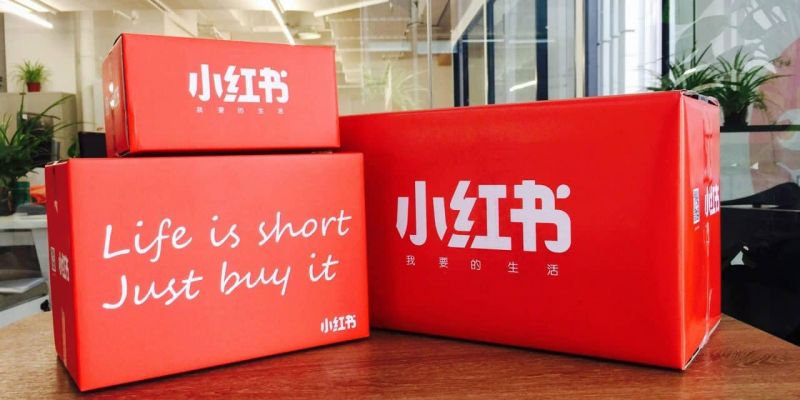 China's online retail market was shaken up last month with Alibaba's acquisition of luxury imports platform Kaola from NetEase Inc. (Nasdaq: NTES) in a $2 billion deal. Alibaba Group Holding Ltd. (NYSE: BABA) planned to integrate Kaola into Tmall to increase its share in the fashion market that appeals to China's affluent shoppers, though it said Kaola will continue to operate independently.

Meanwhile, Alibaba holds a stake in another luxury shopping and review platform, Xiaohongshu, also known as the Little Red Book. The unicorn was last reported to have a valuation of $3 billion as of May 2018 after raising $300 million in its Series D round.

While the platform is less known in the U.S., Xiaohongshu recently made news after disappearing from app stores for two months as it came under government scrutiny for cyberspace concerns, as reported by the South China Morning Post.

Founded in 2013, Xiaohongshu is a product review and purchase platform. Based on data from CNBC, the company currently has more than 200 million registered users and claims that the number is growing by 300% each year. Of these users, 90% are middle or upper-class women with higher degrees of disposable income. More than 50% of the users are 18 to 35 years old and are living in tiers one and two in China.

Xiaohongshu has grown to become one of China's top fashion and luxury shopping platforms. It is more like a content-sharing site, where users can post product photos, evaluations and tips for other users to read, comment and save.

Currently, there are around 8,000 verified brands featuring products on Xiaohongshu, including many global brands, Linkfluence reported. To attract local users, the platform features content from China's key opinion leaders (KOLs). Top brands like Chanel, Gucci and Dior have recruited Chinese celebrities as KOLs for marketing purposes.

What separates Xiaohongshu from other online retailers is that the platform does not allow official brand accounts, advertisements, or commercial posts. This was done to prove that the recommendations from users are genuine and has led to a high user retention rate compared with other e-commerce platforms.

According to a U.S. e-commerce researcher Econsultancy, 8% of Xiaohongshu's users make an order on its app after reading posts compared with 2.6% who do the same on Tmall, China's largest marketplace for brand goods.

While Xiaohongshu originated as a social and content platform designed for sharing product recommendations, it has gone further. It has accumulated data showing user behavior such as browsing history, product likes and saved posts. Using the data, Xiaohongshu analyzes the needs of its shoppers.

In addition, Xiaohongshu has expressed its commitment to being user-centric. It has built a highly-engaged community of savvy users that provide a steady source of information and suggestions.

The platform does have shortcomings, however. One thing the platform is looking to address is the window shoppers: users who find product reviews on Xiaohongshu and purchase them on Taobao or other apps. To combat this, Xiaohongshu has stopped companies from inserting links in descriptions that encouraged users to visit other e-commerce sites. However, when users want to shop elsewhere, they still can.

Xiaohongshu's co-founder, Miranda Qu, has said that the company is considering an initial public offering over the next two to three years, as reported by Sohu News in April. The company made no official announcement on the matter.

The SCMP reported that Xiaohongshu is now back on Android app stores after an internal investigation though it is still not available on Apple iOS.