How did PKU and HBS changed his life? | iAsk Top Leaders 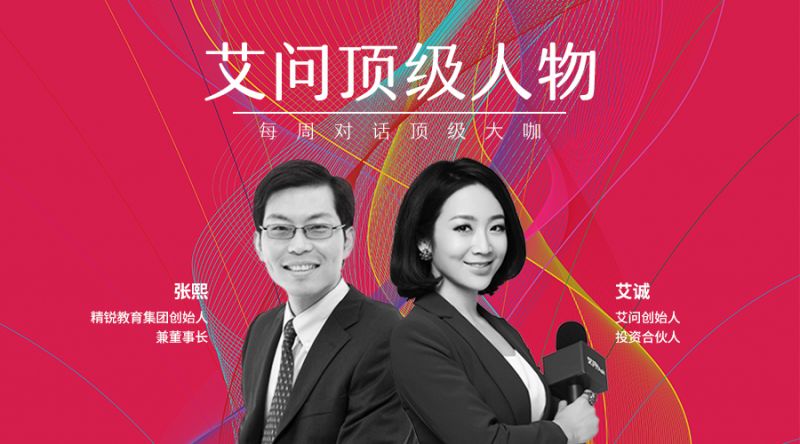 We saw Steve Zhang at Harvard Business School campus and then at Harvard Studio of iAsk. Harvard alumni, Peking University alumni, executive of fortune 500 companies, each one of these labels Steve Zhang got can make one enviable.

Steve Zhang looked freshened at all time during the over 2 hours interview with iAsk. From his time at Harvard to how he went to start his own business, from OneSmart's IPO at NYSE, to its serial investment for industrial deployment, we can tell he is pretty happy with OneSmart's development over the past 11 years.

Last November, OneSmart released its first Annual Report after IPO. Total revenue for 2018 fiscal year is 2.863 billion RMB, representing a near 40% growth year on year. Steve Zhang told iAsk that he hoped OneSmart could maintain a 40%-50% annual growth in the next 10 years.

When it comes to weekend, one could always see a heavy gridlock in Haidian Theatre section of Zhichun Road.

The kerb lane is completely packed with a huddle of cars waiting outside the after-school classes, turning the duel-lane road into single-lane. Spectacled students strapped with heavy schoolbags are busy hopping from one class to another.

The most congested area is Yinwang Centre, as here is the base camp of major after-school tutoring institutions.

Yinwang Centre is home to more than a dozen of after-school course providers with over a hundred of classrooms and hundreds of desks. Some even say, student is able to finish all K-12 courses and complete his overseas college application at this 20-floor building without spending a single day at public school.

Crazy Huangzhuang is a gigantic footnote of the rapid expansion of after-school tutoring market in China. The scarcity and distribution disparity of quality education resources, as well as parents' obsession and crying eager for their kids to thrive, are the main driving forces for China's booming education market.

One side of the market is fruitful prosperity, the other side is arduous and fierce struggles. In this battlefield, only those with successful business model, plus quality service and products will be winnowed out. That's exactly how OneSmart emerged in the competition.

In this issue of iAsk Top Leaders, Gloria Ai is having a conversation with Steve Zhang, to unveil the behind-the-scene stories during OneSmart's growth.

Is building learning power the first principle of education?

According to Former President of Peking University Cai Yuanpei's definition, education is a course of character building. During his days at Peking University, Steve learned that one must can endure loneliness to be an educator. ''The important thing about studying in Peking University is that one will hold a deep care for the fate of his nation''.

Different from those after-school institutions who only focus on grade improvement, OneSmart aims at building students' learning power. ''Knowledge itself is not the most important thing, as knowledge will always be evolving. What's really important is the learning power, which is students' motivation, ability, and willpower to learn. What you learn today might be outdated in the future, but your interest in learning, your learning ability and method will always sustain''.

When talking about learning power, Steve firmly believes that building learning power is an absolute right vision for OneSmart. The intensive study of tens of thousands of cases in Harvard Business School allows Steve to discern the essence of education, hence case method is also incorporated in OneSmart's basic education. Steve wants to build students' ability to learn and think as early as possible. "Our learning method and habit are usually established in primary and secondary school, because that's the period when we have the strongest ability to learn."

Seize the momentum, respect principles, stay true to the heart, and create value, these common senses are the secrets to blaze a trail and keep an edge in education business.

''Just like sitting in an overspeeding train, one can barely breath''. This is what people say about Huangzhuang. Behind the glorified appearance, there lies hidden risks. As the tide receded, bubbles burst, and wind stopped, flocks of companies and projects at the center of whirlwind were blown away with nothing left. Heavy rain splashed off on the parade of those tech-driven education projects. The essence of education shall never be neglected, otherwise even with the most fertile soil of market, no plantlets will burgeon.

Steve said, ''We all could use technology to embrace our own businesses. But a real educational institution should nurture the strongest learning power a student can have. Education business should return to its roots. ''

Gloria Ai: You studied at both Peking University and Harvard, what kind of impact do these two periods have on you in running OneSmart over the past 11 years?

Steve Zhang: Huge impact. Studying at Peking University really makes people have a deep care for great causes. There are a lot of educators who graduated from PKU. One must can endure loneliness to be an educator, and educators need to have strong care for the fate of their nations to motivate them. During my time at Harvard, I got a deeper understanding of eastern and western education style. We also applied Harvard Business School's case method in OneSmart's basic education.

We believe that the knowledge you learn today might be outdated in the future, but your learning power will always sustain. Your ability and will to think and learn will always be there in your whole life.

How does OneSmart cope with these three puzzles?

On 28th March 2018, OneSmart was listed in US stock market after establishing for 11 years. In his letter to OneSmart staff, Steve Zhang said: ''The next ten year is the flourishing age and golden era for education. Great opportunities as well as unprecedented challenges are in front of us. Only by embracing changes and innovation, and keeping guard against arrogance and impetuosity, can we advance forward in education sector. This is a great cause that will not only improve students' learning power and help them thrive for a better future, but also allow us to fulfill our educator dream and manifest our company value''.

Opportunity, challenge, change, these are the three puzzles in front of Steve Zhang.

Government policies and better industrial environment have brought apparent opportunities to education business. In 2018, 579 education companies went public and raised 5.27 billion RMB aggregated, that was 41% and 90% increase compared to their respective figures the year before. Major favorable policies will continue for the next five to ten years, such as second-child policy, consumption upgrade, and develop quality education resources.

However, when the market expands, it also becomes quite a mixed bag. More and more inconspicuous hamfatters enter the market, and take a slice of the cake of market quietly. These small-sized independent companies look seemingly benign, but sometimes they may be the reason that lead to shipwreck of a magnate.

Steve Zhang: We use individualized approach and teach students in accordance to their aptitude. Business competition is all about differentiation advantage. We were clear from the outset that we want to provide the best elite education with individualized teaching approach based on each student's character.

Gloria Ai: You had a rapid growth in 2018, but OneSmart reported a loss in 2019 Q1. Is your rapid growth ramping up the cost?

Steve Zhang: The key reason is we accelerated our pace in opening up new study centers, plus Q1 was a slack season for us, that translated into extra loss. Actually we decided to open new study centres in Q1 on purpose, and the loss in Q1 is temporary.

To get rid of opponents, one must embrace changes before his opponents, and run fast enough.

OneSmart acquired FasTrack English at the beginning of 2018 and purchased 100% of Tianjin Huaying Education in August 2018. Two months later, it acquired a strategic minority equity stake in Tus-Juren, a renowned education brand with 25 years history. This year March, Dibee Art was acquired by OneSmart, marking the latter's deployment on quality education.

Acquisition is just a footnote of how Steve embraces changes. His complete answer is to use the power of capital to support more quality start-ups in this industry.

In March 2018, Han Calligraphy Education raised tens of million RMB in Series A with OneSmart being the lead investor. May 2018, Yimifudao raised 10 million USD in its second round of fundraising, and OneSmart is one of the investors. Two months later, OneSmart led Maitao Qinzi's Round B financing. This year January, OneSmart solely invested 3 million USD in RuiSi Education's angel round financing.

These were not spur-of-the-moment things for Steve. He did what he planned exactly. ''We are very clear in our strategic plan. What we have done over the past 11 years are exactly the same as what we wrote in our business plan at the end of 2007''.

Glorial Ai: People can only see your shiny success, but rare of them could see your frustration and pain.

Steve Zhang: Yes, everyone has difficult moment. We only have decades to live in our life time. I want to make a difference, not just for myself, but also to help the society. When we graduated from Harvard Business School, our dean said to us, as a Harvard Business School graduate, you no longer need to worry about finding a job.

Being able to receive excellent education, and learn wonderful knowledges, you are already the privileged ones in the society. Then why not give back to the society whenever it is possible? I can still remember his words clearly, ''make difference, not just for yourself, also to help the society''. This was also what drove us to start this company.

About iAsk
iAsk Media offers in-depth coverage, distribution, and brand-building services for founders in both China inbound and outbound markets. Over the past five years, iAsk Media has published over 1300 pieces of founder-focused original text and audio content, and produced over 120 premium video dialogues with leading entrepreneurs and investors.
iAsk Capital further supports founders by complementing media, brand-building, and marketing solutions with a wide range of investment and advisory services, from growth capital and direct equity investment to fundraising, asset management, and M&A support. To date, iAsk Capital has completed investments in some of China's fastest growing ventures, including Bytedance, Himalaya, Movietime, and Horizon Robotics.

Gloria Ai is the founder of iAsk Media and the founding manager of iAsk Capital, and a former venture partner at the Softbank Asia Infrastructure Fund. She serves as the international brand ambassador to her hometown of Huangshan, and was Forbes 30 Under 30 in the Media, Marketing & Advertising category. She is a graduate of Harvard Kennedy School and Peking University. Prior to founding iAsk, she served as a financial news correspondent for China Central Television in New York.

YOU MAY LIKE
Prev：Yousheng Feng: Many firms are destined to fail | iAsk Top Leaders Next：COMMENTARY: Stock Market Modernization Drive Continues in China