TME is still facing investigation and lawsuits for its exclusive licensing deals with major record labels - under which it sublicensed music to other apps. In its financials for the third quarter, the giant said its revenue from that business has dropped. 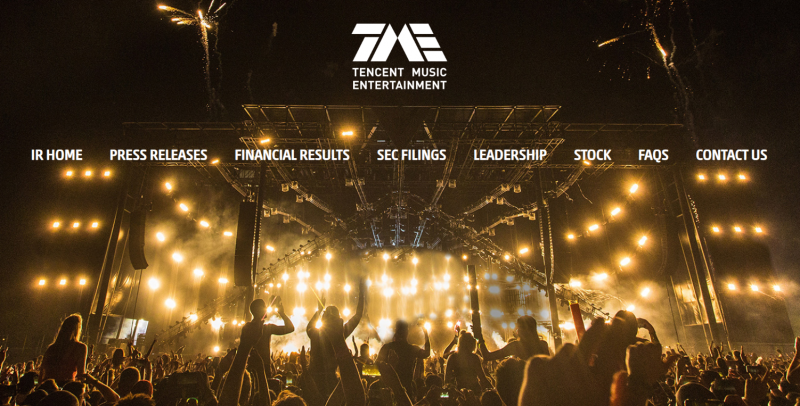 In a statement after markets closed today, the music arm of Chinese giant Tencent Holdings Ltd. (HKEX: 0700) said its revenue in the three months through September was $910 million – at a 31% increase year-over-year but still below analysts' expectations.

TME said the growth was driven by music subscriptions and sales of digital music albums but was offset by a decrease in sublicensing revenues from other music platforms. Whether the latter was an outcome of the pending investigation in China for TME's unfair competition was not disclosed.

The company has acquired exclusive rights for a number of the record labels' catalogs, then sold some content to other music and video platforms, including those operated by Alibaba Group Holding Ltd. (NYSE: BABA), Baidu Inc. (Nasdaq: BIDU), NetEase Inc. (Nasdaq: NTES) and ByteDance Inc., as reported by Bloomberg at the time.

The probe by Beijing authorities was launched in January but only recently came to light in the United States and spurred an investigation by U.S. law firms. Investor rights litigators, including Rosen Law Firm P. A., Klein Law Firm, Glancy Prongay & Murray LLP, alleged that TME made misleading statements or failed to disclose its licensing arrangements, which led investors to suffer damages. Just over the past week, a number of law firms released reminders for investors to join in the securities class action.

TME did not mention any movement on the investigation in today's report.

Shares in the music giant, which operates QQ Music, Kugou Music, Kuwo Music and WeSing, slipped more than 1% on Monday evening to $14.19 per American depositary share, after closing in the green on the day.

TME noted user growth on its online karaoke and music-centric live streaming services. Users who paid for music on TME's platforms reached 35.4 million, up 42% from a year ago, the report said.

"In the third quarter, we continued to invest in product innovations to further expand our user base and increase user engagement," TME's chief strategy officer, Tony Yip, said in the statement.

He also noted some new features on its platform to attract a wider audience. He said, "We pioneered the introduction of short videos to music streaming pages for users to enjoy while listening to music. We also added new social and gamification features within our social entertainment applications to facilitate connections among users."

Yip also said, "We continued to enrich our content ecosystem to extend further beyond songs to include a wider range of offering, including long-form audio, PGC and UGC short videos, music-centric variety shows and original music for games, films and TV shows as well as from our musician program."

Costs of revenue inclined 43% from a year ago to $601 million, while operating expenses for the third quarter were $173 million, up 27%, according to the report.

YOU MAY LIKE
Prev：Cellular Biomedicine Up 1% on Buyout Proposal Next：500.com Posts Disappointing Revenue for Third Quarter