Investors sent Daqo's shares up 10% on Tuesday after the company reported it sold 9,238 MT of polysilicon in the third quarter. 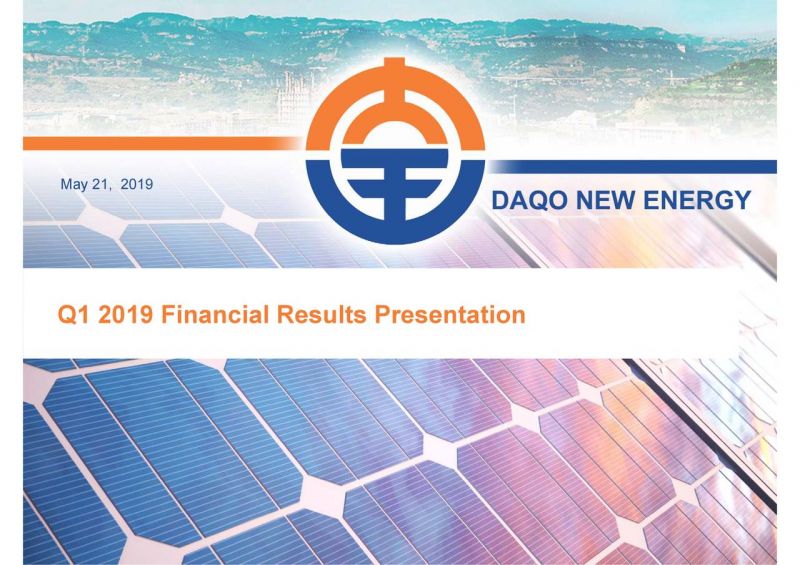 The Shihezi-based polysilicon manufacturer said in a statement today that in the three months through September its revenue reached $83.9 million, up 24% year-over-year. Net income was $5 million, or 36 cents per ADS, compared with $4.2 million, or 32 cents per ADS, a year ago.

Daqo said its polysilicon sales volume was 9,238 MT in the third quarter. 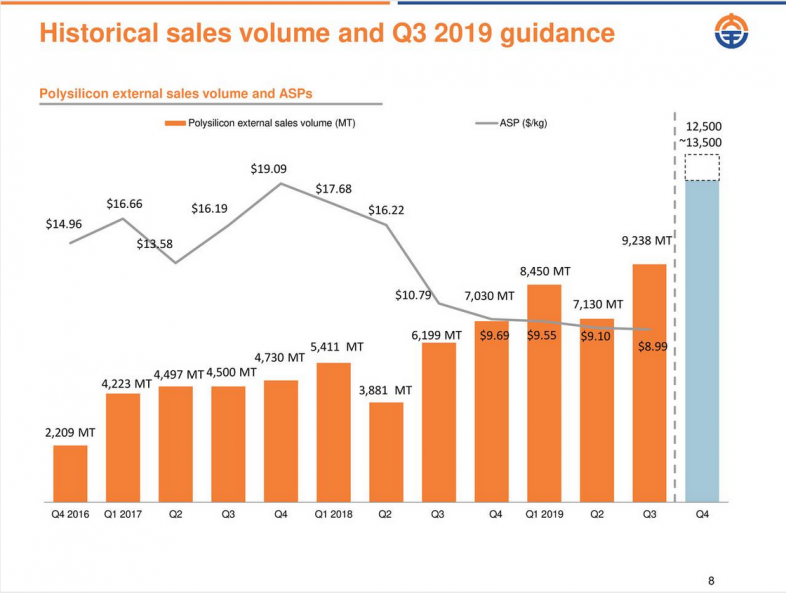 To add to its polysilicon capacity, Daqo began pilot production at its Shihezi factory in September. Since then, the company has made progress, as noted by Longgen Zhang, the chief executive officer of Daqo.

"In mid-September, we successfully completed the construction and installation of our new Phase 4A expansion project and now are currently working to ramp up production of its additional 35,000 MT of capacity. We expect Phase 4A to reach full production capacity by the end of 2019, approximately three months ahead of schedule," Zhang said in a statement today.

He added that when the facility reaches full capacity, the company expects to make improvements in "product quality" and "cost structure."

China's production of polysilicon exceeded 250,000 tons in 2018, which was up 3% compared with 2017, according to a report from Research and Markets in May. This year, Daqo, along with other Chinese-based energy companies, including Xinjiang East Hope New Energy Co. Ltd. and  Xinte Energy Co. Ltd., are forecasted to increase polysilicon production capacity by more than 120,000 tons, according to the report.