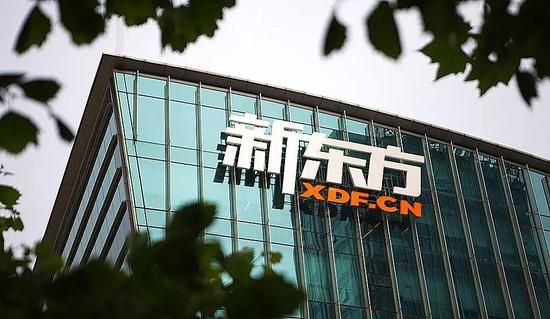 However, its stock was trading 3% lower in early trading Tuesday, at $131.98 per share. The company's stock dropped 3.5% on Friday

The Beijing-based company said its revenue reached $785.2 million in the second quarter through November, an increase of 31.5% year-over-year. The company highlighted its net income of $53.4 million, or 34 cents per American depositary share, in the second quarter, while it reported $25.8 million loss, or 16 cents per ADS, in the same period last year.

Michael Yu, the executive chairman of New Oriental, said in the statement that the revenue growth exceeded the company's expectations, benefiting from primary and secondary education programs called "K-12 tutoring" in China.

The company reported that quarterly student enrollments in academic subjects tutoring and test preparation courses increased to 3.8 million in the second quarter, up 63% from the same period last year.

New Oriental also reported its half-year financial results ended November. For the first six months of fiscal year 2020, the revenue generated by the company increased 27.5% year-over-year, with student enrollment of 6.4 million, up 57.7% from the corresponding period in 2019.

"We also continued to make strategic investments into our dual-teacher model classes as well as new initiatives in K-12 tutoring on our pure online education platform, to leverage our advanced teaching resources in lower tiers cities and remote areas," Chenggang Zhou, the chief executive officer of the company, said in the report.

Looking ahead, the company lowered its expansion pace, saying it expects revenue in the third quarter of the fiscal year 2020 to be between $983 million and $1 billion at the year-over-year growth rate of 23% to 26%.