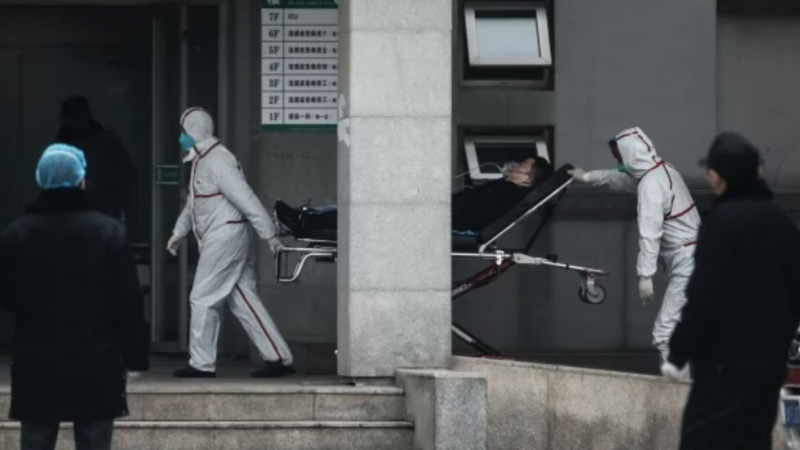 The e-commerce company said on Tuesday that from January 1 to January 20 in 2020, the platform sold a total of 363,000 masks, up nearly 310% compared with the same period last year.

Shanghai residents bought 34,000 masks during the period, followed by Beijing of 27,000 and Guangzhou of 22,000, according to the data from Pinduodo. Mask Sales in Wuhan, China, where the outbreak was originated, hit 14,000.

The Wuhan government is now requiring the residents in the city with a population of over 11 million to wear masks in public places as of Wednesday. Those who do not wear masks shall be discouraged from entering the hotels, cafes, theaters and shopping malls, according to the statement.

Face masks are flying off the shelves both off and online. Chinese residents queued to buy masks some vendors reportedly sold the medical products at 10 times its original price, according to various media.

"Recently, the demand for protective products such as masks has soared," JD.com said in its official social media WeChat account on Tuesday. "JD.com is actively working to ensure supply and price stability from the aspects of supply, warehousing and distribution, and platform control."

JD.com said it will deliver masks speedily through its direct cooperation with the core mask manufacturers such as U.S.-based 3M and Honeywell.

Masks producer 3M China announced non-stop production during Spring Festival in its Shanghai factory. Molin Wei, the president of 3M China, promised its official stores will not increase prices in the recent mask shortage in an interview with China Media Group on Wednesday.

Orders for masks also surged in Japan after the confirmation of the first domestic case in the country last Thursday. On Friday, the Japanese mask maker Unicham switched domestic factories to three-shift, round-the-clock operations.

The first U.S. case was confirmed Tuesday by local government in Washington state after the man arrived back in the country on Jan. 15 from Wuhan where the virus is beleived to have originated.

So far, China coronavirus death toll rose to 17, and authorities have counted more than 400 reported cases globally by midday Wednesday.