Solar leaders JinkoSolar and Daqo have soared, while ReneSola announced two sales and JA Solar turned to the Shenzhen stock market after delisting from Nasdaq. 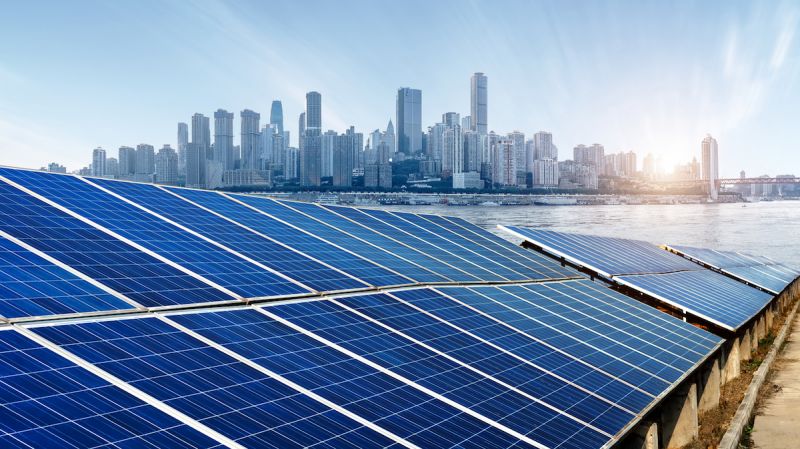 It's been a strong start to the year for Chinese solar companies listed in the U.S., as some saw their stock prices jump since December.

Leading the way in the market has been Wanzhou-based polysilicon manufacturer Daqo New Energy Corp. (NYSE: DQ) Since a court blocked an attempt from the Trump administration to remove tariff exemptions on certain solar tariffs in December, the outlook for the industry giant has looked even sunnier.

Daqo opened December with its shares trading at $38.19 per American depositary share. In January, its shares have closed as high as $58.93 apiece. In November, Daqo said that in the three months through September its revenue was $83.9 million, up 24% year-over-year. Results were driven by its polysilicon sales volume, which reached 9,238 in the period.

In September, Daqo signed a two-year agreement to supply polysilicon to another leader in the solar sector, JinkoSolar Holding Co., Ltd. (NYSE: JKS)

JinkoSolar, which makes solar modules, has also shown some growth in the markets in recent months. After beginning December trading at $18.47 per ADS, JinkoSolar's stock has closed as high as $24.35 apiece in January.

Last week, JinkoSolar announced that it has set the world record for conversion efficiency for bifacial solar modules, at 22.49%. Earlier in January, JinkoSolar partnered with the Shanghai Institute of Space Power-Sources to help develop space-based photovoltaic cells.

Also having a strong start to the year is solar project developer ReneSola Ltd. (NYSE: SOL) Despite lowering its 4th quarter and full year guidance for 2019 due to a delay in the sale of its Canada project, ReneSola has made two deals for its European portfolios in January. Earlier this month, it announced sales for its projects in Hungary and Poland. Both projects had combined for 26.9 megawatts (MW) of capacity.

ReneSola's European portfolios were prominent in the third quarter as well. In October, ReneSola sold 55 MW worth of its solar farms in Poland, followed by it selling 13.9 MW of a distributed generation project in Hungary. Operating in those markets for more than 5 years, ReneSola anticipates significant solar sector growth in Polish and Hungarian markets, as noted by Ke Chen, CFO of ReneSola.

"Poland is replacing 85% of its coal-powered generation with solar over the next few years. Hungary also has very good environmental policy to support solar development.," Chen told CapitalWatch in an email on Friday. "The country plans to install 1 GW of solar PV per year over the forthcoming years, and is committed to meeting the European Community´s goal of becoming carbon neutral by 2050."

As ReneSola looks ahead, it plans to expand in other markets including Germany, Italy and the United Kingdom, Chen said. He added the company targets markets with "attractive rates" and places where it can achieve profitable growth.

The company will continue to sell projects in its pipeline and expects its Canada projects sale to close in the first quarter. ReneSola's biggest challenge, according to Chen, is securing the competitive financial support for its project pipeline.

Chinese peers like JA Solar Holdings Co. Ltd. had previously traded under the symbol "JASO" on Nasdaq before it went private in 2018.

"The competition in solar sector will become more intensive," Shu Sun from JA Securities Department told CapitalWatch on Friday. "Top tiers will further extend its market shares and the concentration ratio will increase with the trend."

After the delisting, JA Solar made its debut on the Shenzhen Stock Exchange in China last month. The company said that the Shenzhen market will help JA solar structure an optimized combination of shareholders and improve its corporate governance.

Yingli was delisted from trading on the New York Stock Exchange in June 2018 for failing to maintain a 30-day market valuation of at least $50 million.

For the full year 2018, Yingli said in a filing with the U.S. Securities and Exchange Commission that its revenue fell nearly 100% to $648.1 million. In August, Yingli supplied 110 MW of polycrystalline solar panels to Solaria Energía y Medio Ambiente S.A. to work on three projects in Spain.

Solar parks operator Sky Solar, reported revenue of $25.9 million, representing a 22% year-over-year decrease, as well suffering a net loss of $13.9 million for the first 6 months through June. Similar to Yingli, Sky Solar could face a delisting; it has received a warning letter from the Nasdaq for failing to trade at the minimum bid price in September.

In terms of installed capacity, China ranked as the top country with over double the generation of the second ranked nation of Japan in 2008, according to International Renewable Energy Agency. 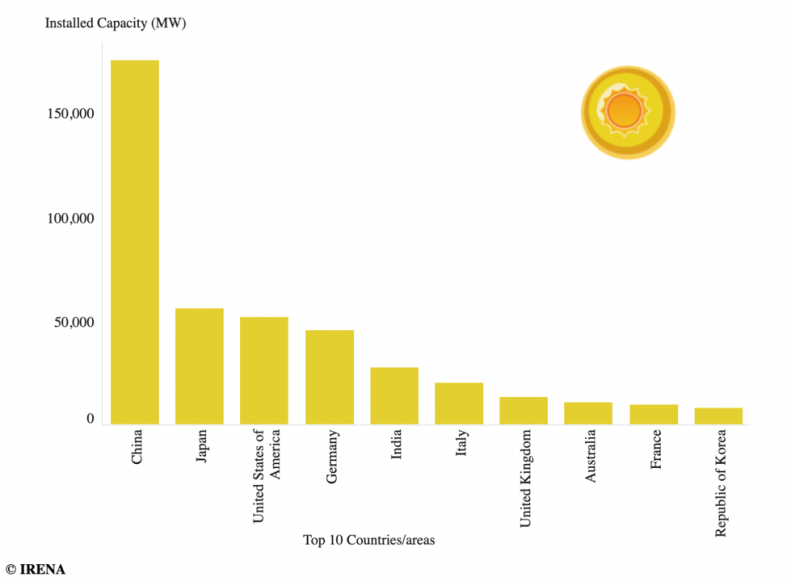 The National Bureau of Statistics in China reported solar power capacity reached 117,220 gigawatt hours (GWh) for 2019 and 8,640 GWh for December, up 13% and 15% year-over-year respectively.

The United States expanded its photovoltaic manufacturing capacity to 6 gigawatts (GW) in first quarter of 2019.  For 2018, solar installations represented 22% of all new U.S. electric generation capacity, which was second to natural gas at 58%.

Manufacturers in China produce photovoltaic products and then ship to domestic and overseas areas including UAE, Egypt, Saudi Arabia where the electronic cost is high. JA Solar reported 35 GW cumulative shipments as of the fourth quarter of 2018, covering over 120 countries and regions including EU, USA, Japan and China.

"Our main sales growth is also contributed by emerging markets such as South America and Southeast Asia," Shu added.

The Chinese government said it was planning to offer $243 million in subsidies to nearly 4000 solar energy projects in 2019 and is eyeing photovoltaic power generation of 12 GWh in 2020, according to the national energy administration.

"The solar industry is experiencing the stage of fast growth and technology upgrade. The industry is also facing the end of growth era and turning into mature stage," Shu added.

By 2030, China's solar photovoltaic (PV) capacity is expected to reach at least 400 GW and is estimated to power 10% of the country's energy needs, as reported by the science journal Nature in July.

China operated as the largest worldwide consumer of PV electricity, the report said.