Some Auto Stocks Gain Traction After Principal Trade Deal; Others Slowed by Coronavirus

Autohome and Nio among the market leaders while Kandi, Uxin and TuanChe have struggled. 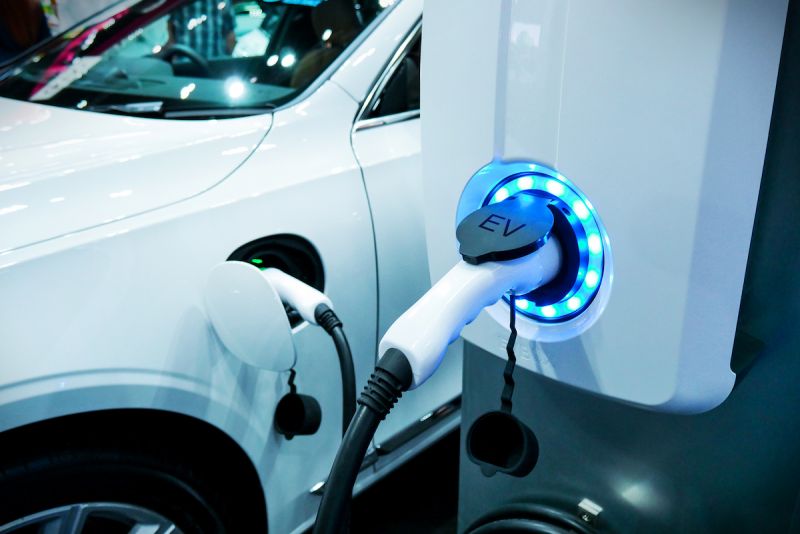 Since the principle agreement on phase one of a trade deal, some Chinese auto companies listed in the U.S are seeing a positive trend, while others have recently struggled. Investors' concerns over the Wuhan coronavirus effect on the markets will represent a significant roadblock to success in 2020.

One of the biggest gainers in the auto sector since the principle agreement on Dec. 13 is Beijing-based online marketplace, Autohome Inc. (NYSE: ATHM) The company, which claims it is the leading online destination for automobile consumers in China, closed at $74.54 per American depositary share on the day of the principle agreement report.

In January, Autohome has closed as high as $91.54 apiece, the appreciation fueled by China's top negotiator Vice Premier Liu He signing of an interim trade deal with Washington. However, recent developments in the coronavirus outbreak have caused Autohome to close as low as $79.61 per ADS this week.

In the three months through September, Autohome's revenue reached $303.6 million, up 15% year-over-year.

Nio Gears Up Despite EV Slowdown

Another gainer in the auto sector since the trade agreement is electric vehicle maker Nio Inc. (NYSE: NIO). Nio's stock, which rose to $2.39 per ADS after the deal, saw its shares close as high as $5.17 apiece in January.

The year 2019 was a turbulent year for China-based EV (electric vehicle) makers due to subsidy cuts Beijing implemented in the sector. For the full year, EV sales fell 27% and 1% in December, according to statistics from the National Bureau of Statistics of China (NBSC).

While 2019 was a tough year for Nio, JoAnn Yamani, the company's director of communications, told CapitalWatch that it is optimistic on its prospects.

"Although the company experienced a tough 2019, we are grateful for the lessons we learned. We are encouraged by the growing and continued strong interest in electric vehicles in China and around the globe," Yamani told CapitalWatch in an email on Thursday.

She added, "As widely reported in the media, the automotive industry overall is facing challenges. We are optimistic about the continued and steady interest in electric vehicles and our technological strengths in autonomous driving and artificial intelligence."

Despite the struggles for much of 2019, Nio reported that it delivered 3,170 vehicles in December, up 25% from November. Nio also received some good news from the Ministry of China, which said Beijing will not implement major subsidy cuts this July.

Yamani noted the company's partnership with Mobileye, a developer of vision technology for Advanced Driver Assistance Systems. Through the collaboration, Nio plans to manufacture a self-driving system designed by Mobileye. Investors should be aware of its technological capabilities. added Yamani.

"At our R&D headquarters in Silicon Valley, we are leading the pack in the fields of autonomous driving, artificial intelligence, and digital security. Our head of autonomous driving was behind the first inklings of Telsa's AutoPilot and leads NIO's Pilot, a Level-2 driver assistance technology," she said.

Currently, Nio has offices in San Jose, Shanghai, Beijing, Munich, London and six other locations. Looking ahead, Yamani said the company, while focused on its business in China, hopes to expand in other markets. Nio has a goal of delivering fully autonomous vehicles by 2022. Securing an additional $1 billion in financing, as reported by Sina Finance earlier this month, should give the auto company all the lubricant it needs to move forward. 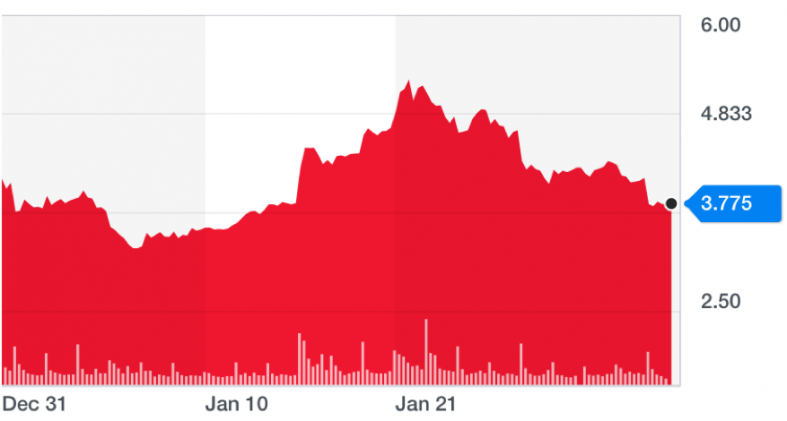 Chinese used car marketplace Uxin Ltd. (Nasdaq: UXIN) has been struggling lately, trading below $3 per ADS in January. The company signed to divest its salvage car auction business Fengshunlubao to Boche for $330 million in cash on Jan. 16.

Another automotive marketplace, TuanChe Ltd. (Nasdaq: TC), saw its stock drop from $2 per ADS in the middle of December to $1.58 per ADS on Jan. 30.

An EV maker and a rival of Nio, Kandi Technologies Group Inc. (Nasdaq: KNDI) has had stagnant stock market performance since the trade agreement but has seen its shares fall recently. Kandi, like many other Chinese companies with public listings in the U.S., has struggled to navigate the market due to the current volatility caused by the coronavirus outbreak.

Since opening last week trading at $4.78 per ADS, shares of Kandi fell to a 52-week low on Tuesday to $3.94 apiece. Struggling with the subsidy cuts in 2019, Kandi said its revenue in the third quarter was $31.7 million, representing a 17% decrease from the same period in 2018. Kandi attributed the decline to its sales of EV parts, which fell to $25.8 million, down 19% year-over-year.

Kandi announced its affiliate would launch its first production EV, the Maple Model 30X, after the Chinese New Year, which ends on Feb 4. Kandi said it was targeting to produce and sell 30,000 Maple 30Xs in 2020.

After announcing that it would go private in November from a buyout deal, shares in the maker of auto brakes systems, SORL Auto Parts Inc (Nasdaq: SORL) have remained stable despite the coronavirus breakout. At the time of the deal, the company said two directors of SORL and Ruili Group Co. Ltd. offered to acquire shares in the company at $4.72 apiece. That news sent SORL's shares soaring to $4.42 apiece. SORL has closed in between $4.36 and $4.63 since.

But it might not be a smooth road forward for the company as a number of law firms have launched investigations on SORL following the merger. That includes Kaskkela Law LLC, which said last week that it is investigating SORL for concerns over whether its shareholders will receive "adequate consideration" from Ruili for their shares. The transaction between SORL and Ruili has yet to close.

China suffered from the economic slowdown in 2019, as gross domestic product (GDP) growth rate was 6%, which represented nearly a three-decade low. Automobile production dropped 8% in total in 2019, but rebounded in December, up 8% from December 2018, according to the report from the NBSC. 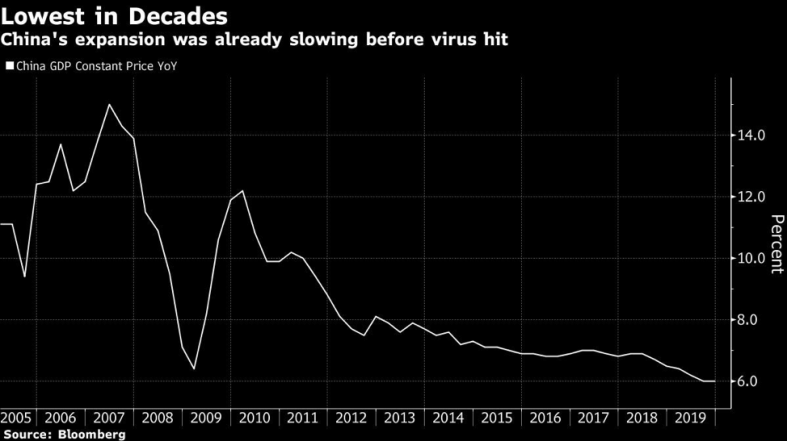 The coronavirus outbreak could further disrupt what was already expected to be a challenging year for the automobile sector in China.

"Based on my research, the probability of a serious correction to global equity markets or even a crash in the first quarter of 2020 is very high," analyst Michael Markowski wrote in his article at Capitalwatch. He added that a discount to the stock market from Wuhan coronavirus is coming.

Wuhan, also known as "Automobile Capital", has been operating as the car manufacturing hub in China for the past 30 years. International auto makers, Nissan Motors, PSA Group and Honda Motors have business in Wuhan. All three also have joint ventures with state-owned Chinese car manufacturing giant Dongfeng Motor Corp. In addition, Wuhan is home to assembly plants for U.S.-based General Motors.

Shares of Dongfeng Motor dropped from as high as $50 apiece in mid-December to $37.97 per ADS at the end of January in the over-the-counter market in the U.S.

Production and distribution of vehicles in China have been heavily affected by travel bans on the coronavirus outbreak. Tesla Inc. (Nasdaq: TSLA) shut down its Shanghai factory on Thursday and announced a Model 3 production delay by a week and a half.

U.S. car manufacturer Ford Motor Co. (NYSE: F) said regarding its business in China that it would extend the holiday break at its factories per Beijing's requirement and is reviewing whether or not to postpone normal operations, as The Wall Street Journal reported earlier last week.

Since the first decline in sales in July 2019, new energy vehicle sales have fallen for six consecutive months.

Stocks of EV makers in China's domestic market hit the daily limit of 10% appreciation on the Jan. 13 following the news.

Despite the bumpy road, China-base EV vendors are projecting to growth in 2020. Lixiang Automotive has reportedly confidentially filed for an initial public offering in New York, seeking to raise up to $500 million in the first half of 2020. The most recent Series C funding added $530 million to the EV maker.

"Because of the growing affluent middle-class in China, there is a burgeoning thirst for a premium EV brand, like NIO," JoAnn Yamani, the director of communications of Nio, told CapitalWatch.

China still remains the world's largest market for cars. By 2025, EV sales are expected to reach 5 million units and account for 20% of China's auto transactions, according to the global market research company ReportsnReport.